NJ Most Notable Painter To Hold Solo Exhibit At CCM 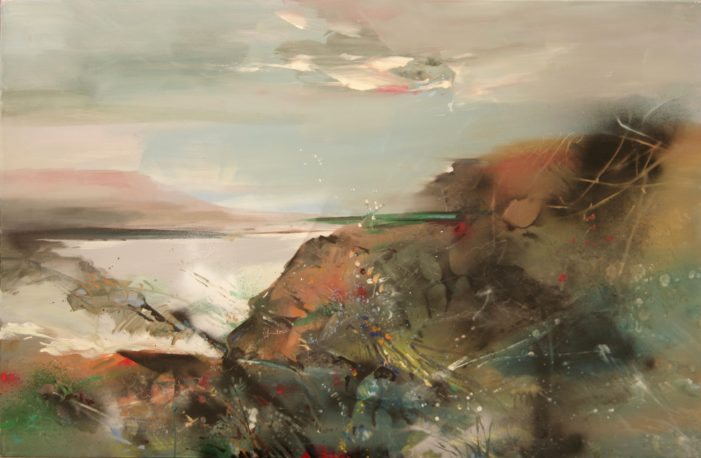 One of New Jersey’s most-notable and beloved artists, W. Carl Burger, plans to hold a solo exhibit in the Art and Design Gallery at County College of Morris (CCM).

The exhibition marks the first solo exhibit in the renovated CCM gallery. The exhibition runs through Jan. 20 on the college’s Randolph campus.

“Having Carl as the first solo show in our renovated gallery is a no brainer,” says Todd L. W. Doney, professor of visual arts and gallery director at CCM. “He started painting professionally in the 1950s and he’s been creating great work ever since. I think that qualifies him to be our first solo exhibitor.”

The renovation of the Art and Design Gallery was completed in 2014 and significantly expanded display space at the college, allowing for a broader and more expansive range of exhibitions at the campus.

A Stockton artist, professor emeritus of art from Kean University and former CCM adjunct professor, Burger will have 29 of his works on display.

Born in Germany in 1925, Burger came to the U.S. as a child and has resided in New Jersey for nearly his entire life. He served during World War II with the U.S. Army’s 1651st Engineering Utilities Detachment and was later transferred to Military Intelligence serving in France and Germany. Honorably discharged in 1946, Burger earned his degrees in Fine Arts Education from New York University. After earning his degrees; taught at Westfield High School for 10 years; and at Kean University for more than 30 years retiring in 1993.
Burger has exhibited throughout the U.S., including the Lincoln Center and the National Academy of Design in New York, the Philadelphia Museum of Art, the Smithsonian Institution, the Newark Museum, Montclair Museum, New Jersey State Museum and the Morris Museum, to which he gifted 62 paintings.

In his work, Burger likes to emphasize the “garden in the Garden State,” presenting landscapes and natural scenes.

“People tell me there’s a life and energy in my paintings that excites them, that they never tire of,” he says. “That’s because I love it — the best part of painting is while actually doing it.”