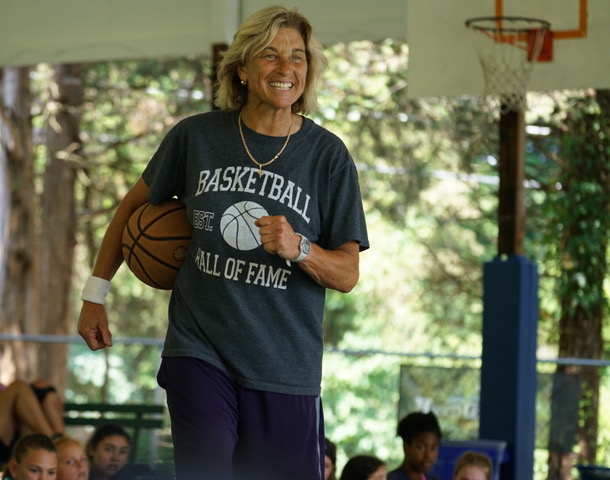 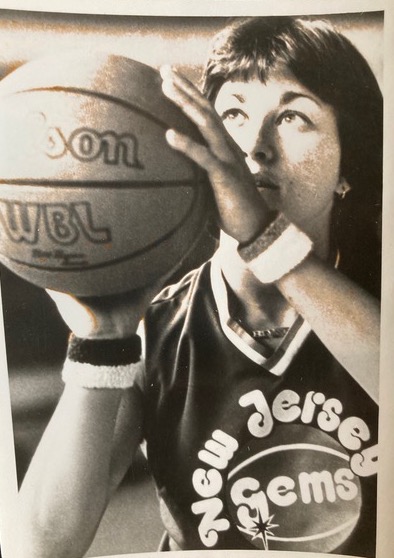 Carol Blazejowski as a member of the New Jersey Gems 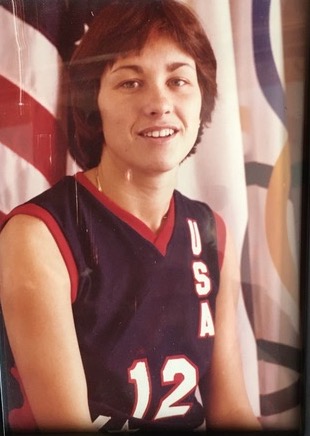 Carol Blazejowski as an Olympian

The year was 1997, and Carol Blazejowski, often referred to as “The Blaze” by many basketball fans, had landed her dream job. The New York Liberty of the Women’s National Basketball Association needed a Vice-President and General Manager, and Blazejowski got the call.

She was happy to be back at Madison Square Garden, where she’d played perhaps her greatest game. On March 6, 1977, 20 years earlier, while a member of then-Montclair State College, she torched Queens College by scoring a still-collegiate record for the famous arena of 52 points. “What I do remember was how blessed and where fate really takes you,” Blazejowski says. “You never know where your life’s going to go. In 1977, I’m playing in the Garden in front of 12,000 people – the most ever seeing women’s basketball game – and then, many years later, now I’m running a women’s professional basketball team whose home court is at the Garden.”

A double blessing for a great player who has lived her life and career with a humble determination.

Blazejowski grew up with an older sister on the south side of Cranford. Her sister wanted nothing to do with sports, while her younger sibling would rewrite basketball record books. “My love for sports started at an early age. There were only boys in my neighborhood, so I was the neighborhood tomboy, and learned how to play football and baseball and stickball, all before I really touched a basketball.” A gym teacher while she was in fifth grade saw her potential and said to her, ‘I think you’re really going to enjoy the sport of basketball,’ and introduced her to the game. “From the moment I touched it (a basketball), it really was love at first sight. The passion started immediately. I would dribble my ball or ride my bike down to this little side street not far from my home, and either work out there by myself and just shoot, and play if people came. But I always got the quizzical looks. Back then in the day, girls didn’t play sports. It was taboo.” In an era where women’s sports was not embraced and little or no leagues existed, Blazejowski didn’t let it deter her. “I just continued to play because I loved it so much, and really felt at peace on a basketball court. I would fantasize about someday playing on a high school team, someday getting a college scholarship, playing in the Olympics, and beyond.”

Cranford High School had no girl’s basketball team until Blazejowski’s senior year in 1974. When she threatened to join the boy’s team, a girl’s team was established. The team finished 19 -1, their only loss being in the state title game. Blazejowski that season scored 638 points and averaged 31.9 points and 17 rebounds per game.

Montclair State was next for Blazejowski, where she was an All-American her sophomore through senior seasons. “No scholarships, and we were middle to low income, so I had to go to a college that was close to where I grew up, and ended up at Montclair,” she says. The team competed well on the state level, and eventually elevated to national level recognition. “We got a few players in there and we ended up on the national landscape and the top 20,” Blazejowski recalls. “And of course, media started following us then, and then we were traveling all around to play top 20 schools that had full women’s college scholarships. We had nothing – but we were still competing with them. When we got really good my last two years, my junior and senior year, we had great opportunities to travel to really great places, playing at the Palestra, playing at Madison Square Garden. And then, of course, I had my signature game on that March 6, 1977 at the Garden.”

In her junior year, Blazejowski averaged almost 34 points per game, and in her senior campaign, almost 39, she winning the initial Wade Trophy as the top women’s collegiate player in the nation. She was certainly in the spotlight, but felt no pressure at all those last two seasons. “I thrive on pressure,” she says. “I’m challenged by pressure. Believe it or not, Montclair State was always the underdog. I had a committed group of teammates that just complemented me so well. The coaching staff was phenomenal. And so, when we went into battle, we were a united group. And I never felt like I was in this by myself.”

As Blazejowski’s senior year was approaching its end, Montclair State played in the first ever Women’s NCAA Final Four. “You played two games, so if you lost in the first round – and we played UCLA in the first round, lost to them – you came back and played a consolation round,” Blazejowski explains. She scored 40 in the loss to UCLA, and her final collegiate game was an overtime win against Wayland Baptist in the consolation contest, she tallying 44 points. She concluded her MSC years with a total of 3,199 points and an average of 31.7 points per game.

Blazejowski next had a commitment to make the 1980 Olympics team. “That started in 1978,” she says. “I didn’t play for those two years because I was committed to my Olympic pursuit. I traveled extensively with the team and competed. I was driven since I had failed in my attempt in the ‘76 Olympics; I was more determined that nothing was going to stand in my way.” She made the team and was named captain, but never saw action. The United States boycotted the 1980 games. However, Blazejowski and the USA team did score a Gold medal at the 1979 World University Games.

Blazejowski turned pro in 1980, signing a three-year contract with the New Jersey Gems of the Women’s Basketball League. “There was a lot of hype about me playing,” she says. “I mean, I was a little kid growing up, never thinking I would ever see the day that I’d be doing something I love and getting paid for it, and that was playing basketball. It was great because it was in New Jersey and I was geographically in the right place around my family support group.” Blazejowski’s three-year deal, the largest in the history of the WBL, was also for the biggest amount, $150,000. “That was all big news, and it was exciting. I was able to continue to play, get paid – at least for a moment or two. Of course, then they had some financial issues, and we played to empty arenas, and most often the travel was interesting. They did their best, but we didn’t have what the WNBA has today.” Devoid of sponsors, big money owners, and television coverage, the WBL folded after her first season of play. “We didn’t have any of those things, but for me, I played for the love of the game, and it was a wonderful, great experience for me.”

Her playing career now officially over, Blazejowski worked for Adidas as a promotional and sales rep. “I was still connected with the game,” she says, “and then I went to work for six years at the NBA League office. I was Director of Licensing and that was a wonderful career change for me, but again, still even closer to basketball at the highest level, and I had the opportunity to work with incredible executives and David Stern.”

Then came her time with the WNBA, where she initially served as the league’s Director of Basketball Development, and shortly afterwards her 1997 – 2010 tenure with the New York Liberty, she first a VP and GM, then Sr. Vice-President and, eventually, President. In 2011, Blazejowski returned to her college alma mater, working in administration.

“My passion is basketball, and I believe that I can now make an impact,” she says. “I work on the grassroots level, introducing the correct fundamentals of the game at an early age. I teach them how to play the game. It’s not about just getting your own; it’s about making others better. It’s about when you have like I did at Montclair State, and many other teams that I’ve played on: a committed group, and all the pieces fit together and complement one another. It’s a thing of beauty to watch.”