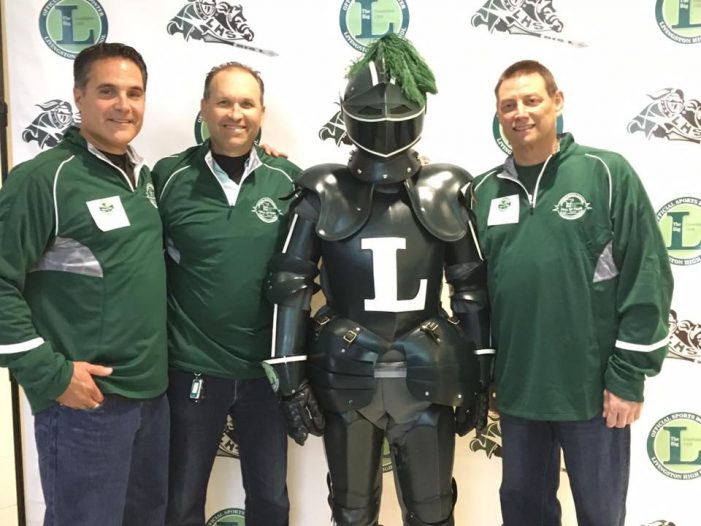 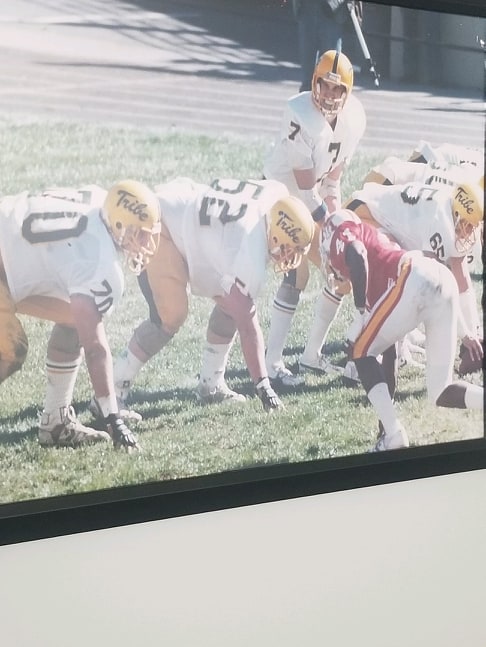 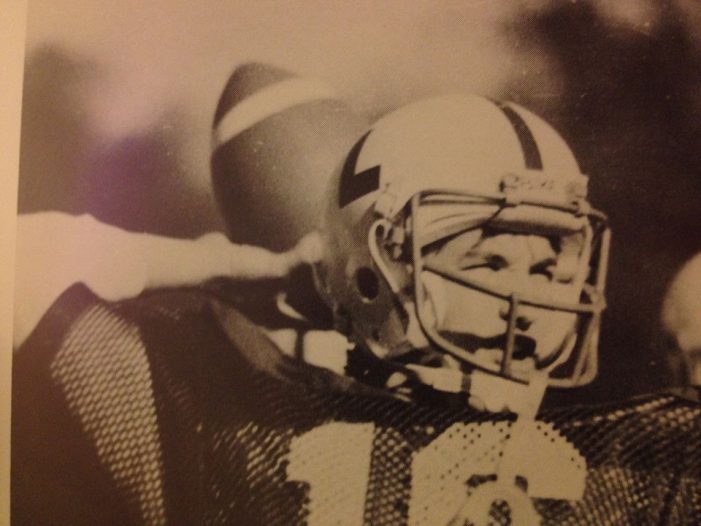 Mention something to Stan Yagiello about his days as an All-State football quarterback and baseball shortstop at Livingston High School. Toss into the conversation his historic signal calling career at The College of William & Mary in Virginia. No doubt – and with good reason; there is much to tell – a few stories will emerge.

He will begin by saying, “Listen to this, you’re going to love it,” and he will speak about the competition faced and the great teams he played on.

But then he will get to the friendships formed back in the mid to late 1970s – early 1980s, and you can tell those close bonds did and still matter the most.

“The brotherhood and camaraderie I had with my high school friends with both classes – that’s the classes of 1980 and 1981 – my junior year, that group of guys, like Mike Braun and Greg Wickner, I’m still spot on in touch with those guys on a regular basis, all year round. We get together a lot; it’s one of the closest classes I’ve ever been associated with,” says Yagiello, 57, whose family moved to Livingston when he was 11-years-old. “I’d have to say it’s one of the blessings I’ve had in life is to have a group of guys like that that are still close knit – I mean, 1980 to 2020…40 years!”

Former pro quarterback, Norm Snead, told Yagiello when he was in college, “You have to be in the right place at the

right time with the right people.” It applied well to those fall and spring sports seasons in Livingston. “The highlight of our 1979 (football) season,” says Yagiello, “is we had two outstanding captains, Greg Wickner and Mike Braun. Greg just got put in the Livingston (High School) Hall of Fame, and Mike Braun is a worthy candidate to be in the Hall of Fame.” He also mentions offensive linemen Harry Neugold. “Harry Neugold was an outstanding offensive lineman. He is in the Hall of Fame. Harry is one of the great offensive linemen ever to come out of Livingston.” And, for Yagiello, to be a leader of that team? “Livingston had a great football tradition. I stepped into a program that had a great tradition. It was an honor to be a quarterback on that team because we had such great guys who were all really strong football-minded guys.”

Yagiello played football, basketball, and baseball for three years as a Livingston Lancer, his sophomore and senior years sandwiching the splendid junior ledger where Al Jacobson’s gridiron club finished 10 -2 and the school baseball team defeated Hamilton East for the state title. The football Lancers fell to Belleville, 38 – 6, in week number one, but then went on a ten-game undefeated run, defeating Westfield (although underdogs against a team that had yielded minimal touchdowns during the season) in the first round of the Group 2 Section 4 state playoffs, but then losing the state title game to the powerhouse Union Farmers. “That (the Westfield game) was, for all of us, probably our highlight game,” remembers  Yagiello, who was in a cast the week prior due to a dislocated knee, having it removed prior to kickoff. “We beat Westfield at Giants Stadium, and we had a shot (for the state title against Union), but it didn’t turn out our way.” That season, which saw numerous Lancers attain All-Essex County honors, Yagiello passed for 2,026 yards and 26 touchdowns, completing over 50% of his passes. Yagiello’s favorite target was best friend, George Alpert, he on the receiving end of 52 passes for 789 yards and 11 touchdowns. “We’re still great friends. George was a once-in-a-lifetime kind of receiver,” says Yagiello. “George was not just speed; he had great hands and great athletic ability. If every quarterback had a receiver like George to throw to, you can’t help but be successful.”

The football squad in both 1979 and 1980 (his senior season, the Lancers finished 6 – 3) held the number one spot in the state for a period, and the 1980 baseballers ended the season tops in the Garden State. “That team had five guys that were drafted by the major leagues,” recalls Yagiello. “You had talent abundant in baseball.” Yagiello hit .435 that spring, had 41 hits, stole 22 bases. He and four teammates were named to either the First or Second-Team All-State list. One member of that squad was the future Governor of New Jersey, Chris Christie.

Yagiello lauds his coaches. Three – Jacobson, head baseball coach Bill Lampeter, and assistant football coach Anthony Hope – have passed away. “Immortal,” he says of the trio who coached in the neighborhood of 40 years. He also cites football coach Rudy Valentine, baseball coaches Fred Alworth, Rich Howell, Lee Hammer, and Dick Gennaro, and basketball coaches Gary Doyle and Mike Valentino, for having a huge influence on him in sports and life. “When you grow up, you have to be around great players, you have to be around great coaches.”

With all his success in football and baseball, Yagiello claims his favorite sport was always basketball, and while growing up in Livingston, his 7th and 8th grade years, when he played junior high school and Catholic Youth Organization (CYO) basketball, were the best of his life. One winter season, he played in 79 games. He briefly reflects back. “That year, I could not wait to get to the gym. That one year was the most phenomenal year I’ve ever had in my life.” Also, as a Lancer point guard, he was a teammate of popular novelist Harlan Coben, a 1980 Livingston High School grad who also made Yagiello a part of one of his books – in a way. In the book, Coben refers to his entourage of characters heading to a local hangout to discuss their NCAA Final Four picks. The meeting spot? Yag’s Sports Bar. “Somebody sent me the page,” says Yagiello excitedly. “It is one of my biggest honors. I was elated that he even thought enough of me to put me in his book. He (Coben) is a first-class guy who never forgets who he grew up with.”

Ironically enough, Yagiello’s parents, who while living in Kearny owned a restaurant for years called Home Plate, considered opening a Hoboken location called Yag’s Pub. His Dad, Raymond, was the first Kearny High School Cardinal graduate to play professional football, two seasons with the Los Angeles Rams of the National Football League, and also served as Head Football Coach at then-Montclair State College for three seasons. His brother, Gary, was  for two seasons a First-Team All-State catcher for Kearny baseball, and his Mom, Freda, and sister, Karen, he says “are still my best support team.”

Yagiello was heavily recruited out of high school, with Boston College, Rutgers, and William & Mary all offering scholarships that just needed (and were yearning for) his signature on the dotted line. He was also picked by Major League Baseball’s Cleveland Indians as a shortstop in the 16th round of the 1981 Draft. Rather than head Midwest, down the east coast a-ways he went. He explains why. “I visited William & Mary on my last visit. I fell in love with the school, it was a smaller atmosphere, they were committed to the passing game, and I had to make a decision.” He got a nudge from Phil Janaro, a recruiting coach for William & Mary, in Yagiello’s words, “a true Jersey guy, pure and pure. Still one of my favorite people to this day. He just made me feel so comfortable in my visit and the whole recruiting process.”

The William & Mary Tribe, and Head Coach Jimmy Laycock, had their man.

As a true freshman, he appeared in only 3 games as a backup, then was redshirted, and in his first collegiate start as a redshirt freshman, he torched the Miami of Ohio secondary by throwing for two touchdowns and 414 yards, one of two 400-yard games in his college career. Due to an injury, Yagiello platooned at quarterback until the season’s sixth contest against Dartmouth College.

From there on, the starting role was his through 1984. He was the first four-year starter in Tribe history.

Yagiello in 1997 was inducted into the William and Mary Athletics Hall of Fame. “I couldn’t be happier,” he says of his college days. “To be quite frank, I have so many great friends from college to this day, and we’re in contact almost every day. I am thankful for that. I honestly think it was a great decision (to go to William & Mary).”

Yagiello, who runs his own firm, Garden State Fastener, which sells industrial hardware to the heavy equipment industry, and also toiled in professional football for the Washington Redskins and Dallas Cowboys (NFL), the Toronto Argonauts and Montreal Alouettes (Canadian Football League), and the Pittsburgh Gladiators and New York Knights (Arena Football League), sums it all up. “I was able to play with a bunch of guys that put the team first and put themselves second. I think that’s a big reason that separates the real good teams from the average teams.”

And a big reason why the Livingston Lancers were a success during his years there.

“I’ve been very lucky in life,” he says.