“DrJ” says, “6 out of 10 people who have diabetes just don’t get that yearly eye exam!”

“If you have diabetes, please get that full diabetic and dilated eye exam now…”

People with diabetes are at an increased risk of developing serious eye diseases, yet most do not have sight-saving, annual eye exams, according to a large study. *EyeCare Consultants of NJ joins the American Academy of Ophthalmology in reiterating the importance of eye exams during the month of November, which is observed as Diabetic Eye Disease Awareness Month.

Researchers at Wills Eye Hospital in Philadelphia have found that more than half of patients with the disease skip these exams. They also discovered that patients who smoke – and those with less severe diabetes and no eye problems – were most likely to neglect having these checks.

The researchers collaborated with the Centers for Disease Control and Prevention to review the charts of close to 2,000 patients age 40 or older with type 1 and type 2 diabetes to see how many had regular eye exams. Their findings over a four-year period revealed that:

One in 10 Americans have diabetes, putting them at heightened risk for visual impairment due diabetic retinopathy. The disease also can lead to other blinding ocular complications if not treated in time. Fortunately, having a dilated eye exam yearly or more often can prevent 95 percent of diabetes-related vision loss.

Eye exams are critical as they can reveal hidden signs of disease, enabling timely treatment. This is why the Academy recommends that people with diabetes have them annually or more often as recommended by their ophthalmologist, a physician who specializes in medical and surgical eye care.

Some of the complications of diabetes in the eye can easily be prevented by getting that yearly diabetic eye exam.   This is important for either type-1 or type-2 diabetes or even pregnancy-related diabetes. (*education provided in collaboration with the AAO) 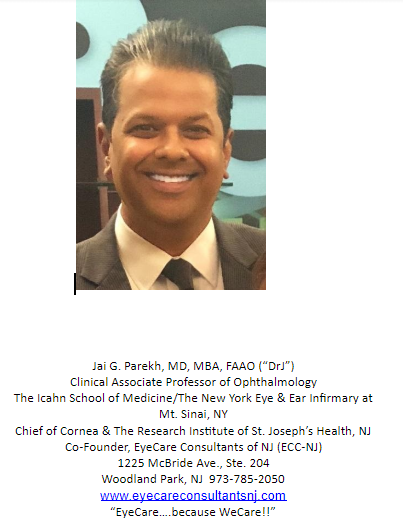