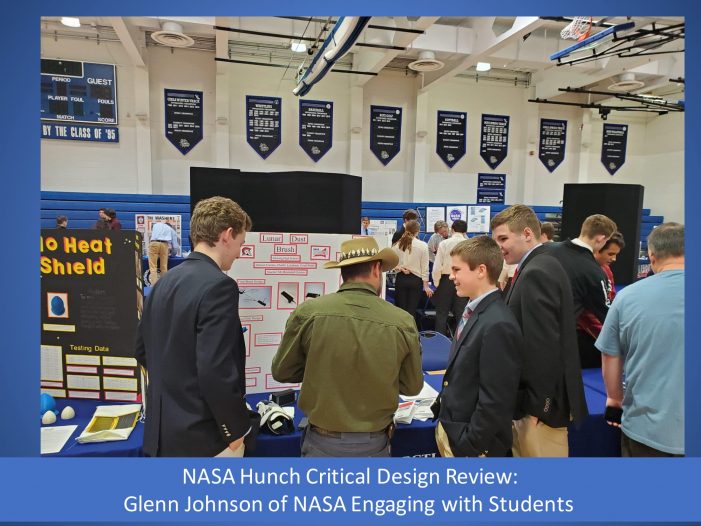 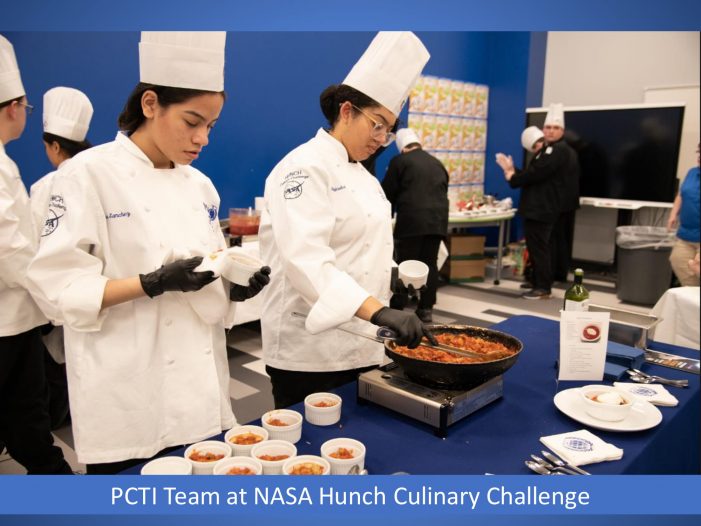 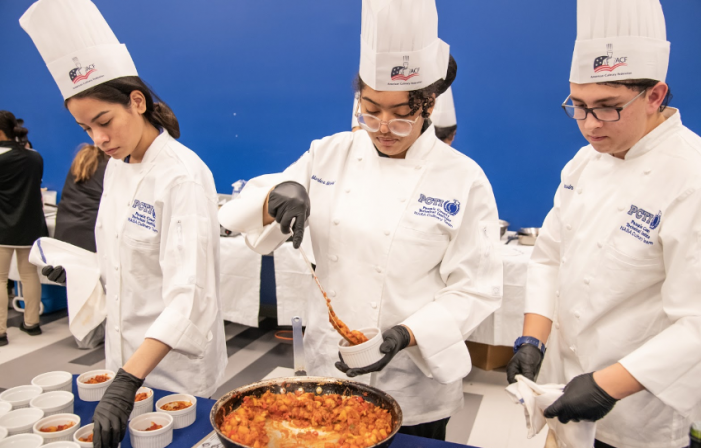 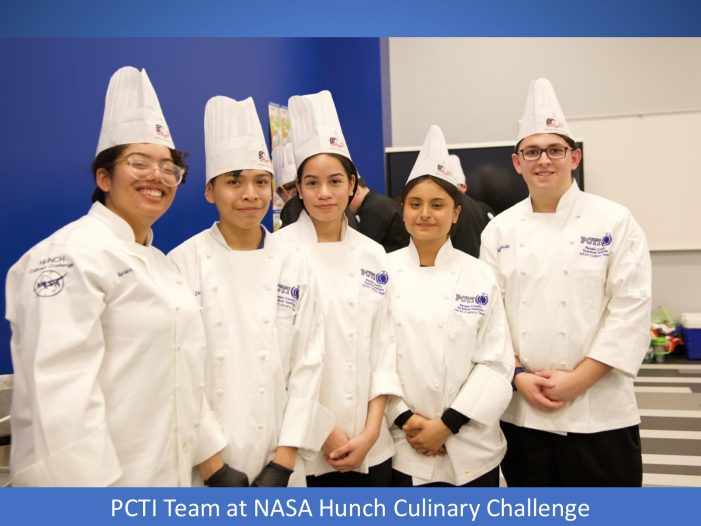 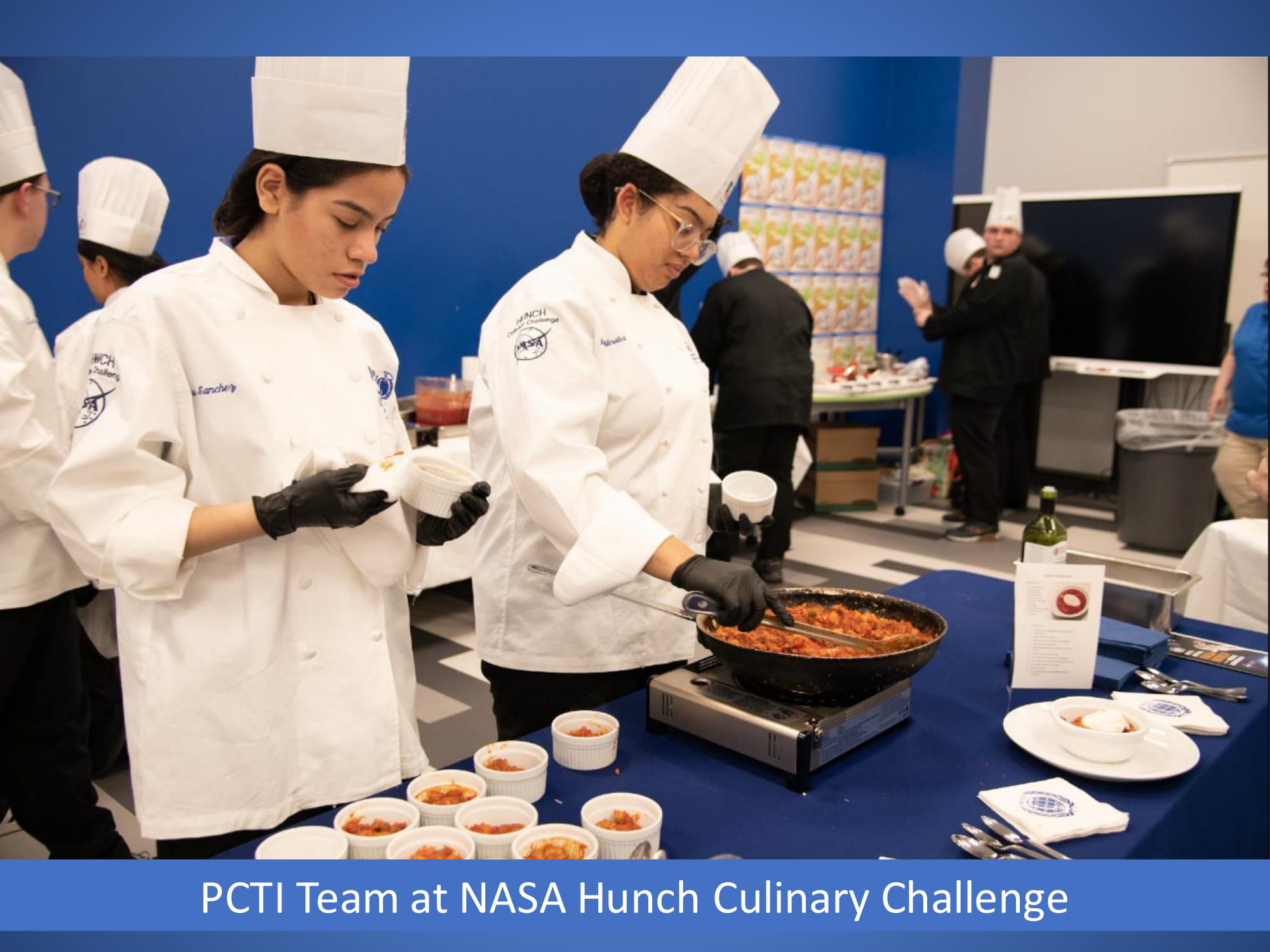 Students at Passaic County Technical Institute (PCTI) got a taste of space from NASA astronauts themselves when they hosted the NASA Hunch Critical Design Review and Prototyping Challenge, innovative solutions to problems encountered by astronauts at the International Space Station (ISS).

Since 2016 they have participated in this educationally enriching program that involves having a culinary challenge every year.

“It is nice to see the students put their heart and soul into this project because I think they all wanted to be part of a competitive culinary team,” says Culinary Arts Instructor, Matthew Vanaria, adding that NASA was of course a big draw.

They actually won gold that first year they joined and the students got to go down to Huston.

“Their entree was (Red Pepper Puree) Risotto and was very well-received by everyone,” says Sandra Woods, PCTIs director of communications and special projects, adding that the astronauts called from the ISS while they were eating and spoke to the students.

“That was so exciting and each time we’ve made into the top ten to compete nationally with the schools who won top ten,” Woods says.

Unfortunately, the communications director says they haven’t made first place again since but they’re working on it, hoping for top honors this time around.

According to Woods, one year they focus on a breakfast entree, another year it’s dessert — this year they had to come up with an ethnic entree.

“They submit two or three different entrees to NASA and they look at the ingredients and select which one they really want the students to concentrate on,” she says.

For the Feb. 24 challenge — they selected Shakshuka, a traditional Israeli tomato stew made with chicken thighs and served with a poached egg on top.

“It made me feel great because it is a traditional food that my family in Israel and I have cooked a lot,” says Aden Lewin, a PCTI senior.

The students designed the dish, competing against four other tri-state schools, including Ulster Board of Cooperative 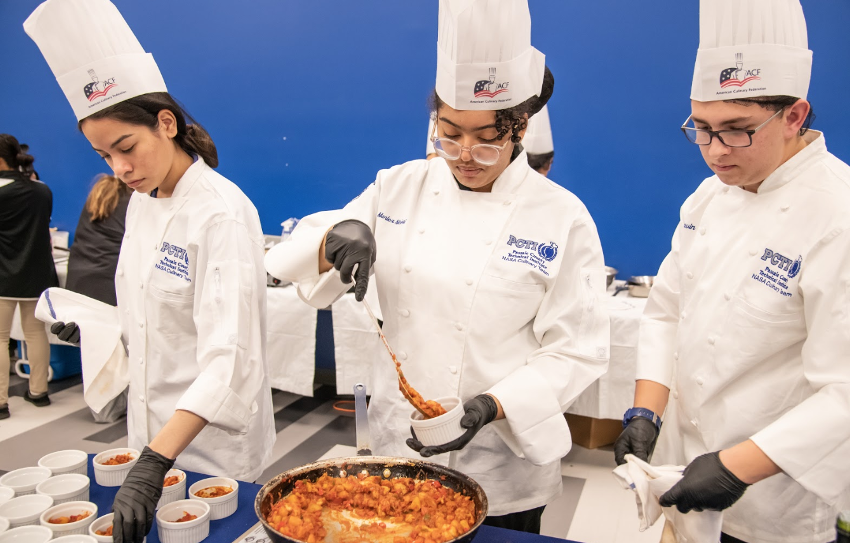 A judging panel from renowned restaurants and the American Culinary Federation evaluated the entrées presented by the student teams.

“The top ten entrees compete in Houston at the Johnson Space Center,” Woods says. “It’s a win-win for both NASA and the students, and quite an experience.”

It takes a lot of preparation to get to this level and prepare this kind of dish. Being a student at PCTI is a good start.

“We have many schools within our school,” says the communications director, adding that the School of Culinary Arts team is selected by the teachers.

That means they do the research for this special project, collaborate with their teacher to make sure everything’s correct — decide on the entree and work together to get it developed.

“I think Passaic County Tech has one of the best high school culinary programs in the state, if not the country,” Vanaria says. “Our students know how demanding the industry is and what the instructors expect from them on a daily basis. So, the NASA Hunch competition is perfect for them.”

Jairht Zamora liked gaining insight into food from another culture. 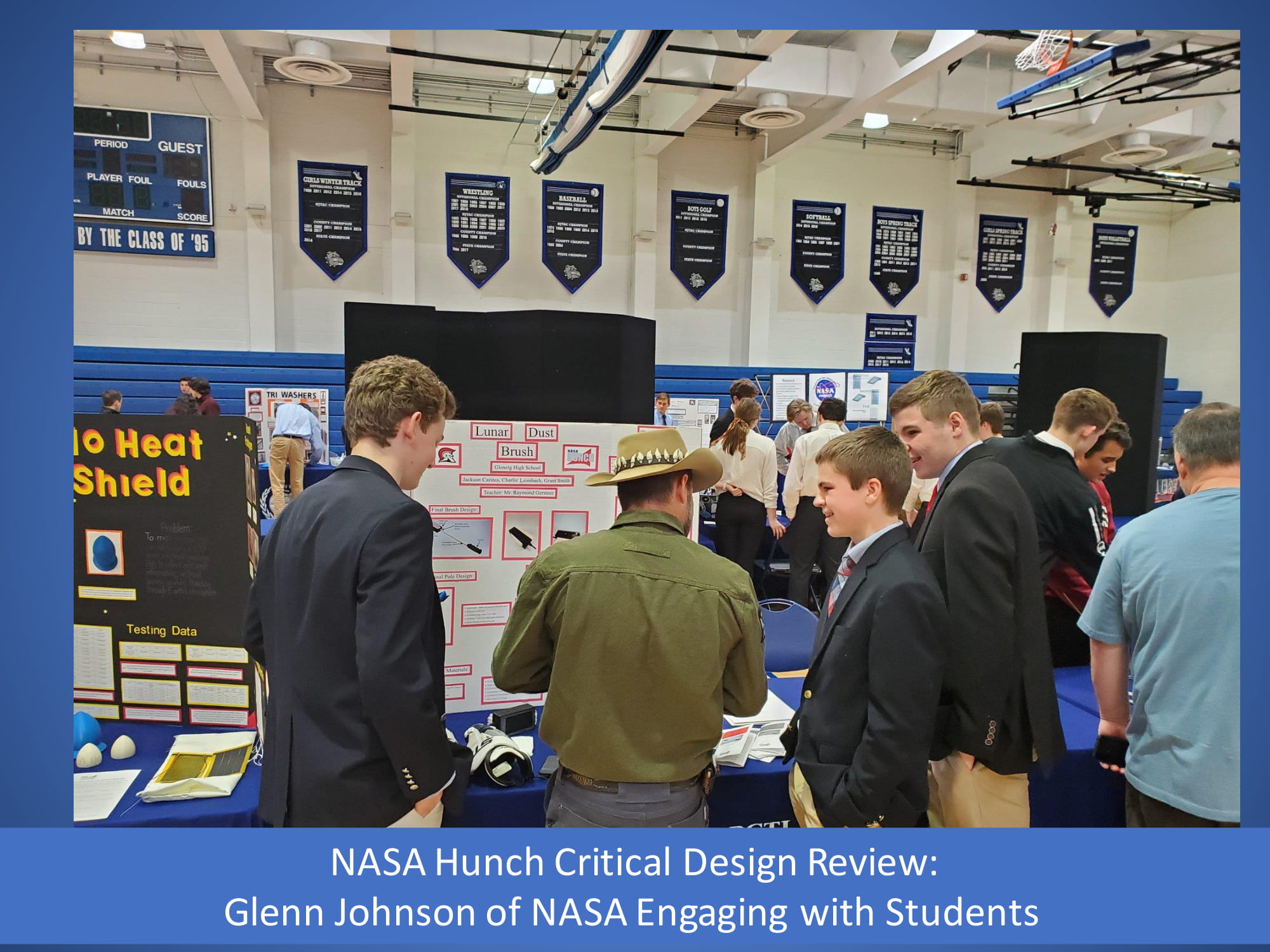 “We even had to search for more information as to how our food would survive in space due to the absence of gravity and oxygen,” says the PCTI junior. “It was super cool to be a part of and I got to flex my poaching skills.”

Zamora says he’d be stoked to be one of the ten finalists.

“The NASA Hunch Culinary Challenge really opened my eyes to not just space, but the amount of work and research it takes so an astronaut can thrive there in the first place,” he says.

When people ask Reyna Cortes what it meant to be part of the competition, she tells them that as a culinary arts student it was very important to be able to showcase her skills to the judges.

“I was not well familiarized with the dish, but as we started to execute it, I learned so much about the Israeli culture and how they use various spices to cultivate and intensify the flavor,” Cortes says. “In the end, qualifying is not just important for us but it will be a great achievement for our school.”

If Lewin was chosen to be part of the final competition in Houston, it would be everything.

“Because cooking is a huge part of my life and this competition has taught me about different methods I can use in my future career,” he says.  “If the NASA journey ends so soon, I would not be able to take part in food preparation from some of the people who know how to do it best.”