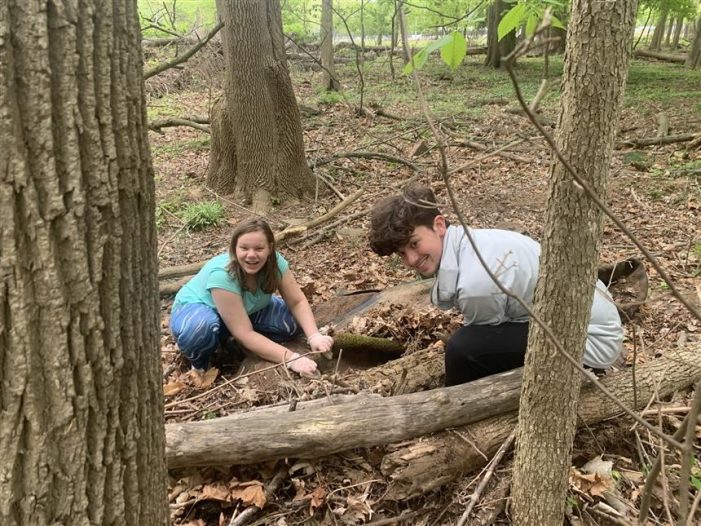 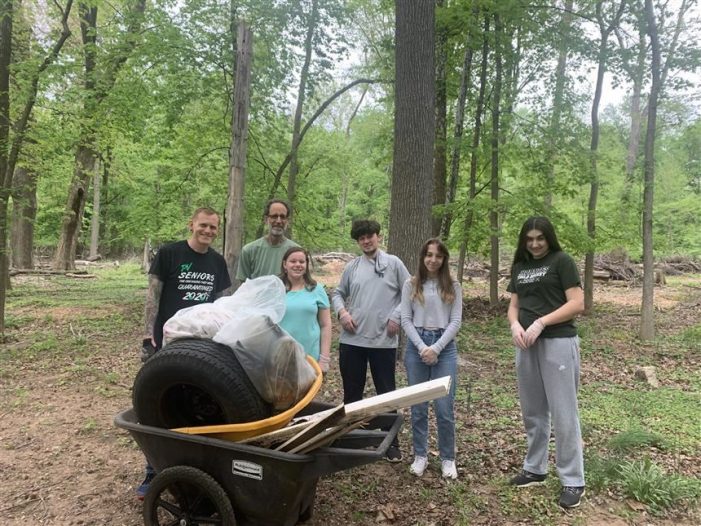 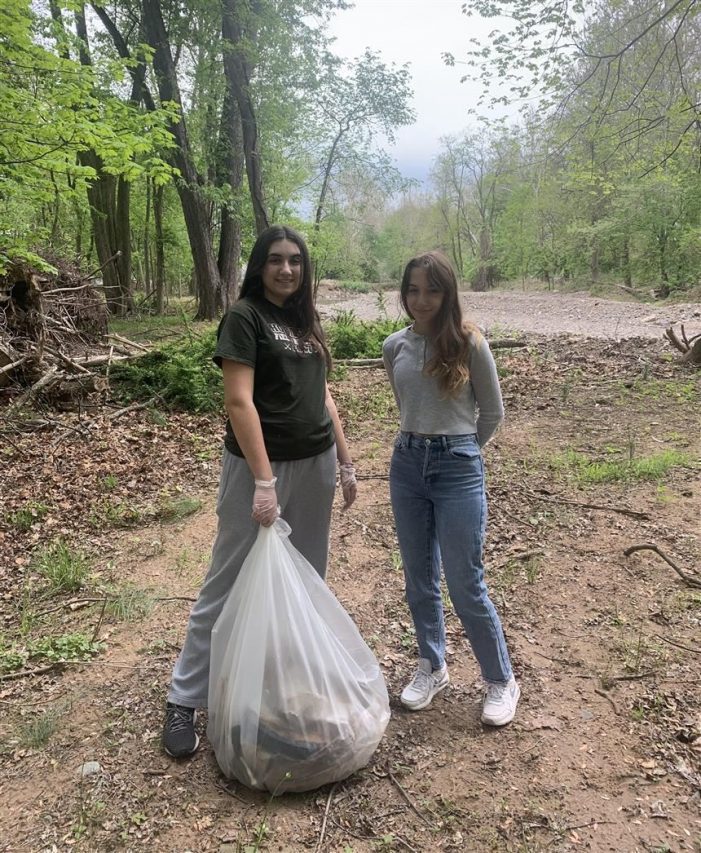 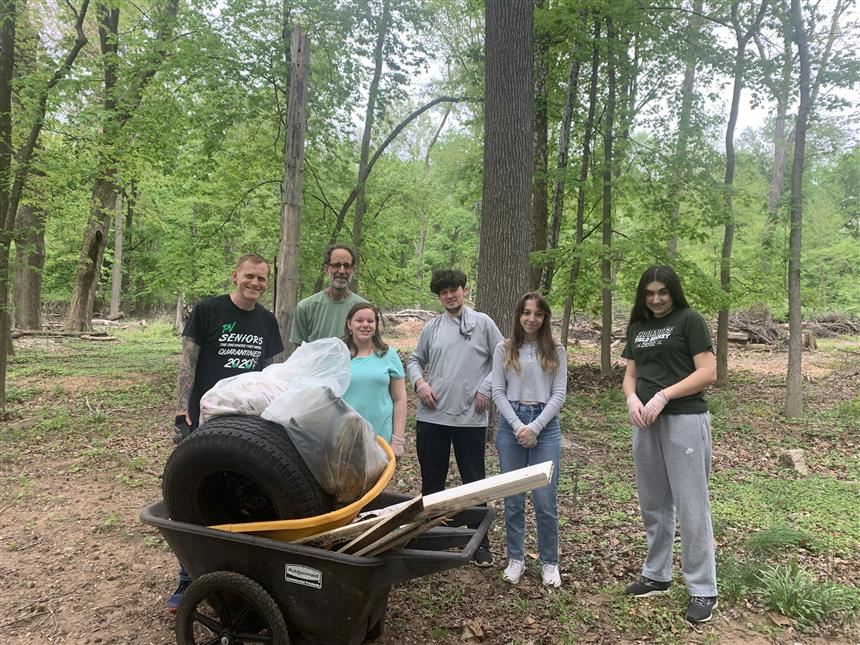 On May 13th, for the first time since the COVID-19 pandemic, a group of PV Environmental Club and Interact Club students with environmental ambitions set out to make Passaic Valley a little bit more beautiful and a little bit cleaner, one piece of litter at a time.

The cleanup took place behind the Boys’ and Girls’ Lacrosse field in a wooded area on school grounds next to the Peckman River. “The Peckman feeds into the Passaic River and there are many cleanup efforts for the river. That’s definitely something we should look into,” said Mr. Sanders. After flash flooding over the course of the past year, the Peckman River has overflown and lots of debris and litter from the streets, sewers, and residents’ garbage has wound up in the river and on the river banks.

“It’s something that we definitely try to do every year,” said Mr. Randall Sanders, Co-Advisor to the Environmental Club. “Obviously, COVID happened and life got put on hold, but there are also some bigger groups that do clean ups too. It’s definitely something we’d like to continue in the future and to get a bigger one going.”

Mr. Sanders and Mr. Billy Goodman, the other half of the Environmental Club Advisor duo, said that their hope is for the students participating to take away the idea that even small steps can make a big impact and hope that students develop a caring approach to the planet.

“We also invited the Interact Club to join us so we could get as many students as possible to help out,” said Mr. 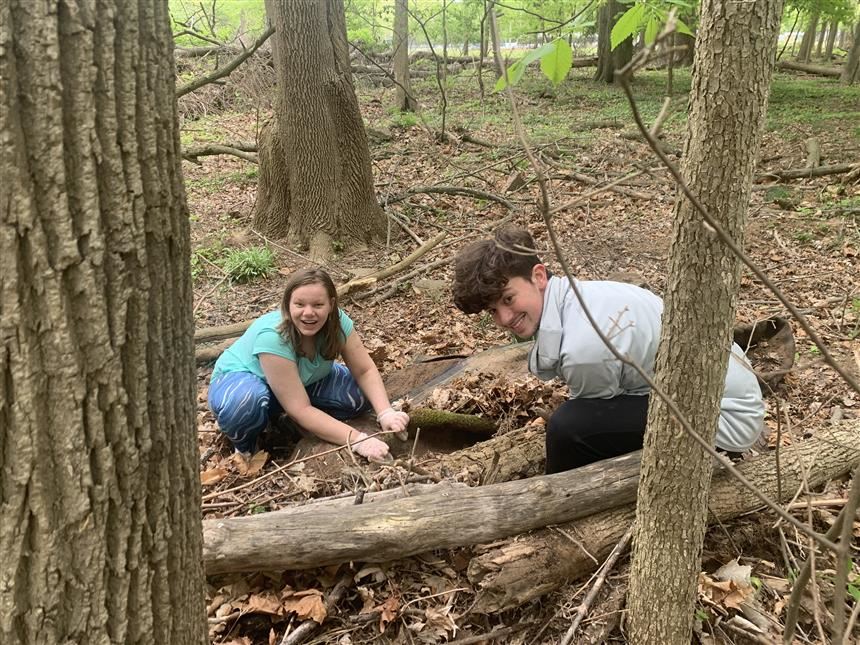 Goodman. “It’s important to get as many students involved as possible so it can make the clean up process a little bit easier and it helps students get involved with more things that might interest them in regards to the environment.” This year’s cleanup group filled three large garbage bags with trash they found around the area, and filled a wheelbarrow with bigger pieces of debris, such as house molding, an old tire, and more.

“We hope to just help beautify the area a little bit,” said Mr. Sanders. “We want to try to remove some of the trash and debris from making its way into the water systems, because eventually a lot of trash pollution in waterways ends up in the oceans. We just hope to do our part, even if it’s small, to impact a big issue.”