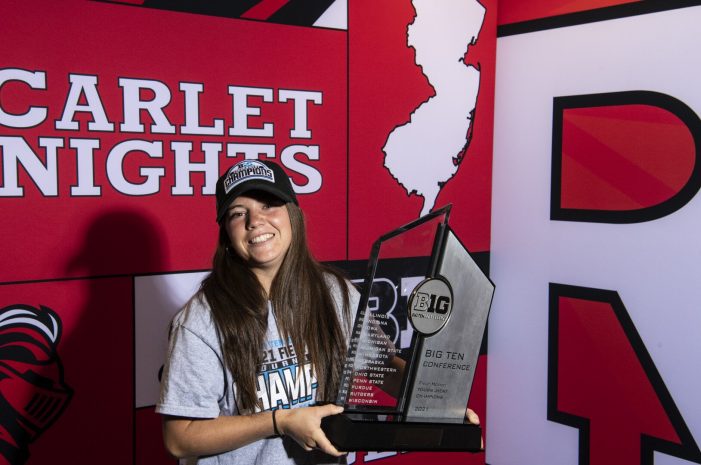 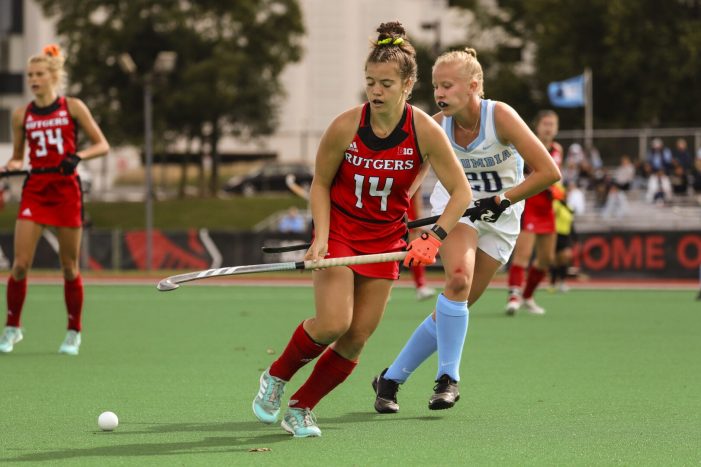 It may not have been a “lucky” break for then-Randolph High School freshman, Carly Snarski, but it steered her towards both the sport she now loves, as well as a championship.

Snarski grew up playing soccer, but switched to field hockey after breaking her left leg. “It’s such a weird story, and I always love telling it,” she says. “When I came into high school, I was actually deciding to play either soccer or field hockey, and I was like, ‘You know what? I played soccer my whole life, so I might as well stick with it.” After her injury, she changed her mind. “A lot of my teammates from ice hockey actually played field hockey as well, so that inspired me to do that, and it kind of just took off from there. My sophomore year, I started playing at Randolph, and then played club, and just found myself getting better each year.”

The beginning of that trail eventually led her to Rutgers University and, on November 7th, she and the number two-seeded Scarlet Knights defeated the number four-seeded Michigan Wolverines, 1 – 0, to capture the first ever B1G (Big Ten) Tournament title in Rutgers’ sports history.

Snarski, 20, is a junior. “Being home, we got to see the stands absolutely filled,” she says of the tourney final, which was held in Piscataway. “We’ve never had that many fans at a Rutgers game. Usually our games are just our parents in the stands. We had sports teams supporting us, a bunch of donors, and people traveled from all over to come watch us. I think that was comforting, seeing familiar faces in the stands.”

The Scarlet Knights entered the contest with confidence and a bit of revenge on their minds. “We knew Michigan was a good team,” Snarski says. “It was one of our only losses of the season when we went out to Michigan during the regular season.” However, some of the Scarlet Knights had never played in a title match. “Our coaches actually asked us before the game, ‘When was the last time you played in the championship game?’ And I was like, ‘high school,’ Snarski says with a chuckle. “I played in one championship game I think in high school, and everyone else said, ‘Yeah, I haven’t played in one in so long.’ So, it was just exciting to be at that game.”

Snarski started her first game against the sixth-ranked team in the country, the University of Connecticut Huskies, on September 3, and notched her first career goal right before halftime. “Kerrie Burns – she’s a midfielder – she had the ball and I came in from the opposite side of the field. I said, ‘I just want to put this ball in the net.’ Snarski, who started the girl’s ice hockey program at Randolph High School, relied on her past, nifty stick handling, slap shot background to slam the ball past the goalie. “Honestly, we always talk about how we just need to take our chances in the circle, and I think that’s what I did.”

Snarski played field hockey for three seasons at Randolph, scoring 21 goals and adding 31 assists for the Rams. Twice a First Team All-Conference and All-County performer, she was also a First Team All-North Jersey Group 4 player as a senior, leading Randolph to a conference title and a spot in the state sectional semifinals.

Snarski chose Rutgers because the coaches saw her development over time and believed in her ability. “They could see that I could get better,” she says, “and ever since then, when I came in my freshman year, I was a completely different player then than I am now.”

Speaking of “different,” since this year’s club was made up of many seniors who will be graduating, Snarkski evaluates her 2022 role and that of the other Scarlet Knight underclassman. “I think we’re going to have to step into those leadership roles and take on more responsibility than we’ve ever had to do. But I think it’ll be good.”