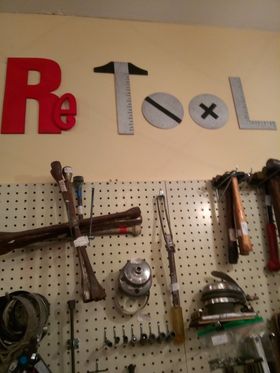 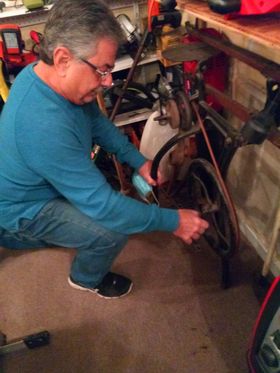 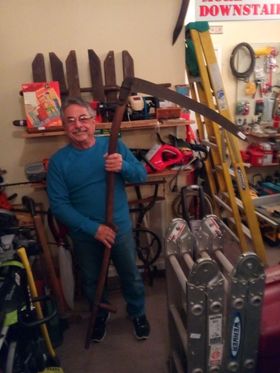 For 68-year-old Ralph DiBuono, owner of Re-Tool, The Tool Consignment Place, perhaps it’s like childhood all over again.

“I love tools,” he states, “and when I walk in here, it’s just like a kid in a candy store kind of thing. I know they’re not mine and I know I’ll be selling them. But I’m still walking around, looking at them, and touching them, handling all the tools, and just enjoying them.”

For DiBuono, who worked in the construction field for over 40 years, he rubbing elbows (not only plumbing elbows) with plumbers, electricians, and carpenters, while also teaching shop class to Special Needs students for 10 years and also doing maintenance for the same amount of time at Passaic County Technical Institute, there is a fondness for older tools which seem to last longer than the newer made models. He is visited often by those in the before mentioned fields who desire reliable tools to perform their trades. “The steel is better,” he says. “A lot of them are from 40, 50, 60 years ago, and those are the ones that the guys want. The steel is so much better and lasts forever. Newer made items are used for two and three times, and sometimes break. A regular mechanic is not going to want something like that.”

“I had just given away to my nephew a pipe vise,” he says, recalling the initial idea for is store. “A big, rigid pipe vise. And, about a week later, I happened to be glancing through a magazine, and they were selling for almost $400. I was like, “Holy cow – I didn’t realize they sold for that much!” he says with a laugh. “And then I was driving down the street and saw consignment shops, and it kind of went together.”

Those consignments shops he saw were for clothing and toys, and he then realized he’d never seen one for tools. He set out to open one, and Re-Tool, The Tool Consignment Place, was born. He sells barely used and newer tools, but also some older gems. DiBuono is often on the receiving end of older tools after people seek to give them away. “Number one,” he attests, “they sell better. Number two, I’ve just always loved tools ever since I was a kid.” He also sells tools he receives at a lower price after he searches online for a selling price. “I even try to go below or at the same price as eBay because there’s no shipping involved, depending on what the item is.” Pickup is at his store, and on a few occasions, DiBuono has even saved the day for customers. “Yeah, I’ve done that a couple of times. The guys come in and say, ‘Oh man, I couldn’t find this anywhere,’ and they came in and they found it, and they were very happy about it.”

sawing trees. There have been a few items he’s received in his shop that he regrets selling. “There are so many items over the years that I’ve sold, I’m sure there are a couple of things that I shouldn’t have given up,” he says. “And not necessarily old ones, but just things I would like to have owned. Maybe like a portable planer or jointer, because I still enjoy woodworking, so giving up some of the tools that I don’t have, I look back and say, ‘You know, I should’ve kept that.’”

His most unusual reception? The day a fellow, who did sets for plays, was moving from the area to New York City. “He brought a whole truck load of stuff in,” DiBuono remembers. “I still have a bunch of stuff down in my basement that I couldn’t put out yet. It’s so much stuff.”