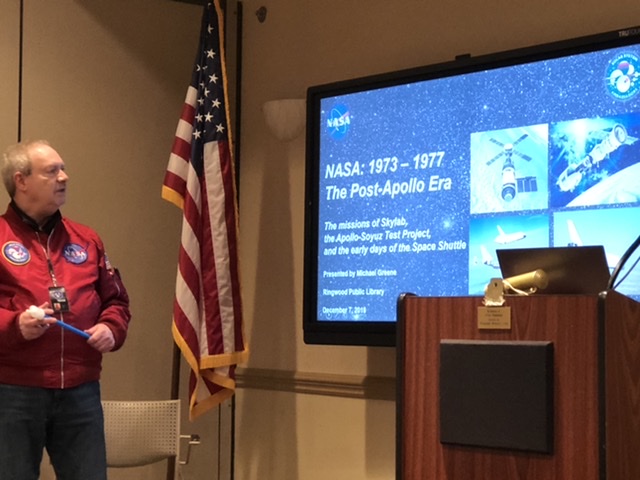 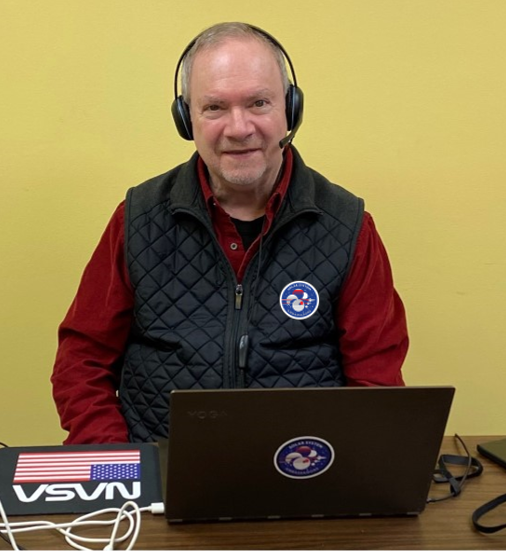 For 70-year-old, Michael Greene, it has been a love affair with space exploration since childhood.

“I’ve been interested in the space program since it really hit me when I was in third grade, at School #20 in Paterson,” Greene says. “It was just a few weeks after the original seven (Project) Mercury astronauts were announced; that was in April 1959. I don’t remember that press conference, but just about a week or two later – I don’t know if you remember, but there used to be a school newspaper called My Weekly Reader? It would come out every week in a newspaper form. This was for children in grade school.”

When Greene eagerly snatched up a copy of that particular issue, the seven-year-old saw a picture of the astronauts on the front cover and, while reading the article, learned that one of the group, Wally Schirra, was from Oradell, New Jersey. It thrilled him. “I just was hooked, and I just followed the program since then through now. It has just enthralled me basically my entire life, and it took me until I was 67-years-old when I was finally able to join the Ambassador program.”

Greene is now a volunteer Solar System Ambassador for NASA. “I was notified of my selection on Christmas Eve of 2018, and I officially became one in early 2019.” For Greene, it was a nice Christmas present. “One of the best ever,” he says. “I haven’t stopped smiling since.”

Greene, who has lived in Ringwood for 40 years, is originally from Paterson, his interests always in science and history. He was a Botany major while at Rutgers University in Newark, and he worked in pharmaceutical industry laboratories and sales until his 2017 retirement.

Now, he educates audiences from school children to adults about the NASA space program’s history and its current endeavors. “For myself, I would say I hope to continue doing this as long as I can,” Greene says. His latest presentations were on November 4th, when he presided over “An Introductory Journey to The James Webb Space Telescope” for the Wayne Public Library, and a Wanaque Public Library “NASA 1973 – 1977: The Post-Apollo Area” program on November 23. “I’m sure I’m one of the older members of the Ambassador group, though I know there are some people who are older than me, and I don’t know every single person. Of course, there’s over 1,000 of them. We speak amongst ourselves and post internally about our own programs. I’m really excited and surprised by the wealth of knowledge a lot of these people have.” He then adds with a chuckle, “I thought I was kind of an unofficial expert, but some of them blow me away.”

Greene, who has been married for 40 years to his wife, Nancy, and is the proud father of three children (Amy, Sara, and Andrew) speaks to the future of NASA. “It’s something that continues to inspire and give hope,” he says happily. “And it’s a unifying thing for the nation. It’s going to be an amazing next 20 to 30 years.”

More information about Greene and the NASA Solar System Ambassador program can be found by visiting www.solarsystem.nasa.gov/ambassadors/1882/.