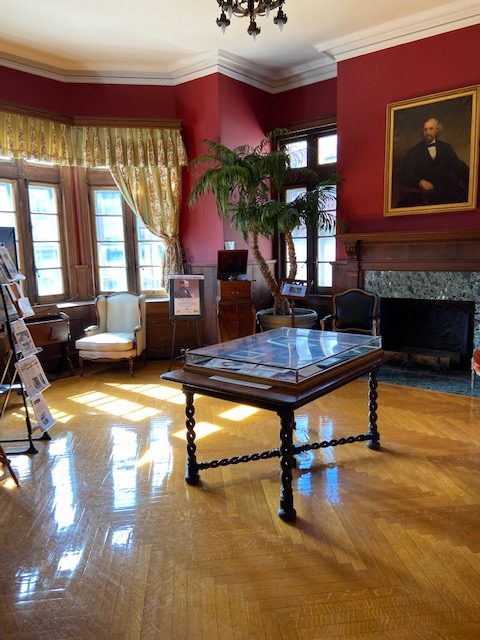 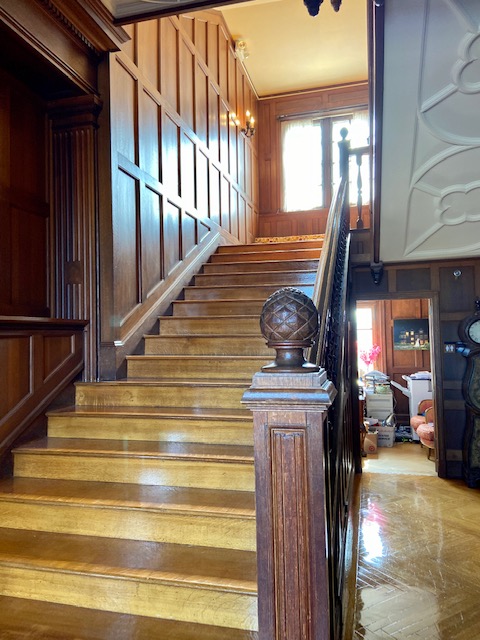 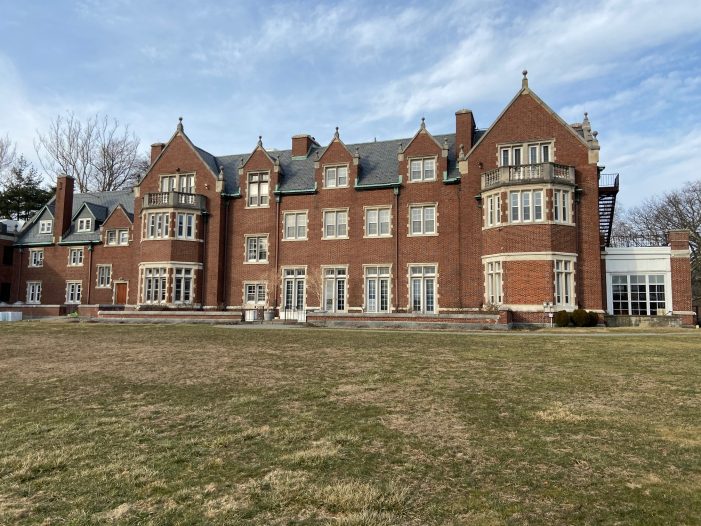 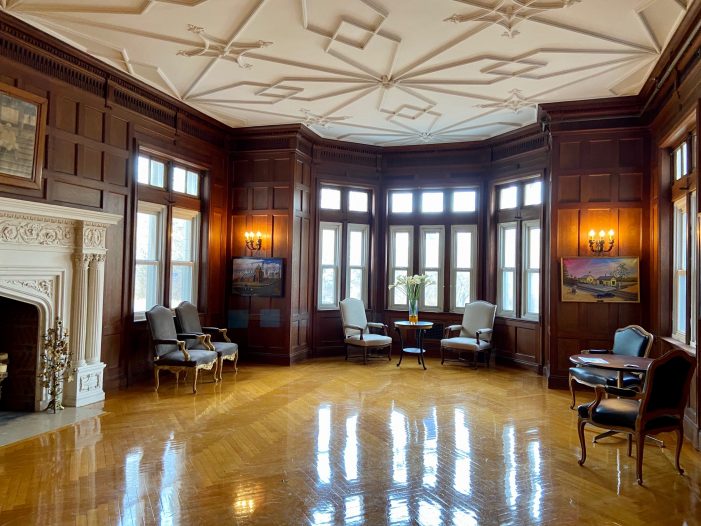 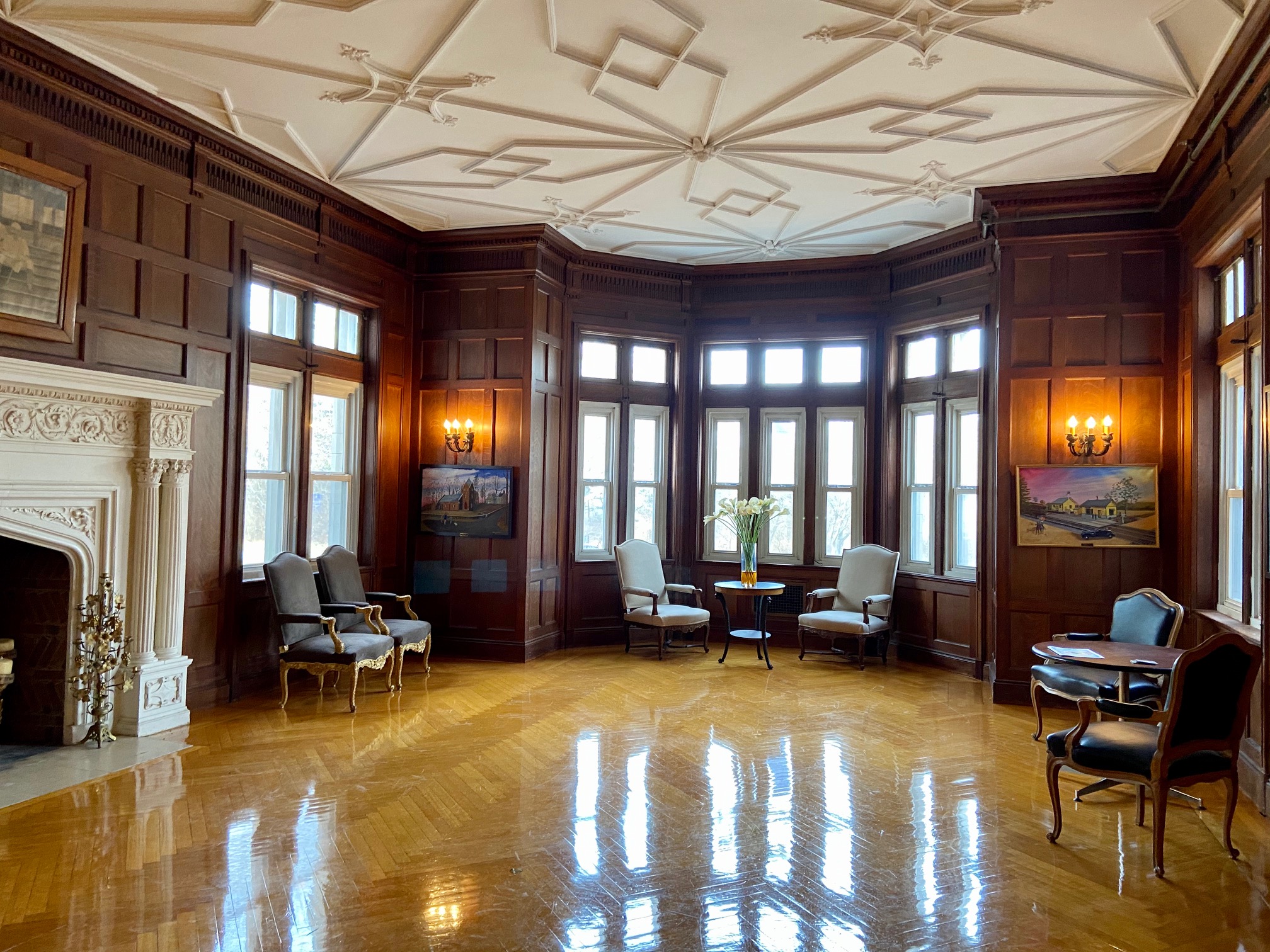 One can visit Rutherfurd Hall, an 18,000 square foot Tudor style mansion located off of Route 517 in Allamuchy Township and be left with vivid impressions.

Owned and managed by the Allamuchy Township Board of Education since 2007, Rutherfurd Hall is a museum and educational center, and also a venue for weddings and special events. It has a family history, religious background, and many stories. It’s a place you’ll want to (and should) visit again and again.

In fact, even aesthetic changes made therein by former habitants have added to the structure’s 116-year charm. More to come.

The museum part of the house had been closed since March 11, 2020 due to COVID19. It has reopened now to the public with advance ticketing. The mansion was added to the National Register of Historic Places in 2012.

Joan Salvas is a retired teacher and now site historian who offers lectures about the location. She reads often, has always loved history. She’s been with the site since 2012 and is a wealth of information.

“Thanks to our very curious nuns, we actually have about 100 of the architectural plans for the building,” Salvas says.

Construction of Rutherfurd Hall, a proposed summer cottage, was begun in 1902 for Winthrop Chandler Rutherfurd

and his wife, Alice Morton Rutherfurd. Completed in 1904, the property included – in addition to the house itself – a boathouse and large lake, gardens, a swimming beach, a hydroelectric powerhouse, a 9-hole golf course, and dog kennels. It was also a working dairy farm of 1,300 acres. The three-floor mansion of originally 38 rooms with 17 fireplaces was designed by Whitney Warren, and the grounds by the famed Olmsted Brothers. Alice in 1917 died from appendicitis, and 58-year-old Winthrop in 1920 married his second wife, 29-year-old Lucy Mercer Rutherfurd, she who had a personal relationship with President Franklin Delano Roosevelt, who on a few occasions visited the home. When Winthrop died in 1944 from a stroke, Lucy renewed her relationship with FDR. When he died suddenly in 1945, she was by his side. Lucy herself died in 1948 from leukemia, and their relationship became public news in 1966.

The nuns that Salvas previously mentioned, the Congregation of the Daughters of Divine Charity, purchased the furnished mansion from the Rutherfurd family in 1950 for just $10.00, and called Rutherfurd Hall home until 2007. One of the nuns, Sister Mary William, when sitting on the landing of stairs heading up to the second floor, opened the window seat, and found almost 100 of the original architectural plans, three of which are now hanging in frames behind glass in the dining room.

“So, the nuns were here longer than the Rutherfurds, actually,” says Salvas. “The nuns converted it for their own use.” The Congregation of the Daughters of Divine Charity ran a nursery school, celebrated Mass in a chapel which had been a billiard room, they painting the latter room pink, a total contrast to Rutherfurd Hall’s original rich, dark wood. They also covered up some of the fireplaces, but the hearths are still visible.

Regardless, it all adds to the charm of this great estate.

“We were really fortunate,” explains Salvas. “One of the first things the nuns did, the floors were too noisy, so they completely carpeted the first  and second floors. It saved the floors. These,” she says, pointing towards the gleaming hardwood, “ were original floors. These are over 100 years old.”

“This was the family’s formal dining room,” says Jessica Taezner, Director of Marketing and Communications.

“This room I love. Who could not love this room?” asks Salvas.

“My second favorite,” says Taezner. Her first is the parlor, which contains the only wood burning fireplace. “All the rest are coal.”

“A lot of what you see on the first floor is original,” says Salvas, “because the nuns didn’t hurt anything.” The order sometimes visits and recall fondly the grand home they lived in and utilized. Salvas recalls a 2019 visit. “To walk around this place  with them was just the most wonderful experience.”

An additional wing, and infirmary to be a retired home for the nuns, was added to the mansion in 1959, which now houses a Pre-K to second grade elementary school, which has been open since 2010.