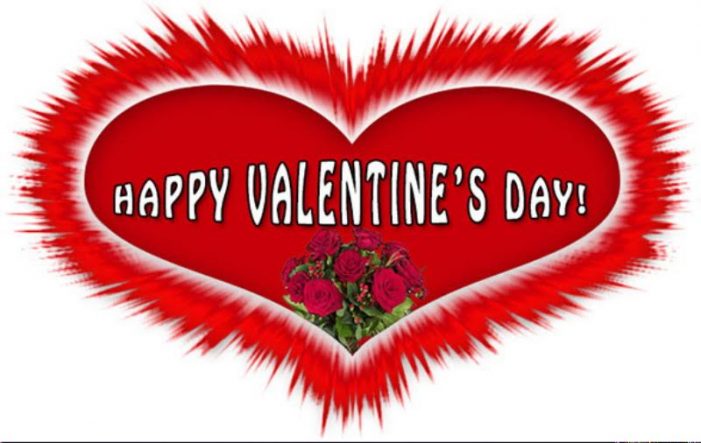 Saint Valentine, officially Saint Valentine of Rome, was a widely recognized 3rd-century Roman saint commemorated on February 14 and since the High Middle Ages is associated with a tradition of courtly love. (credit en.wikipedia.org) 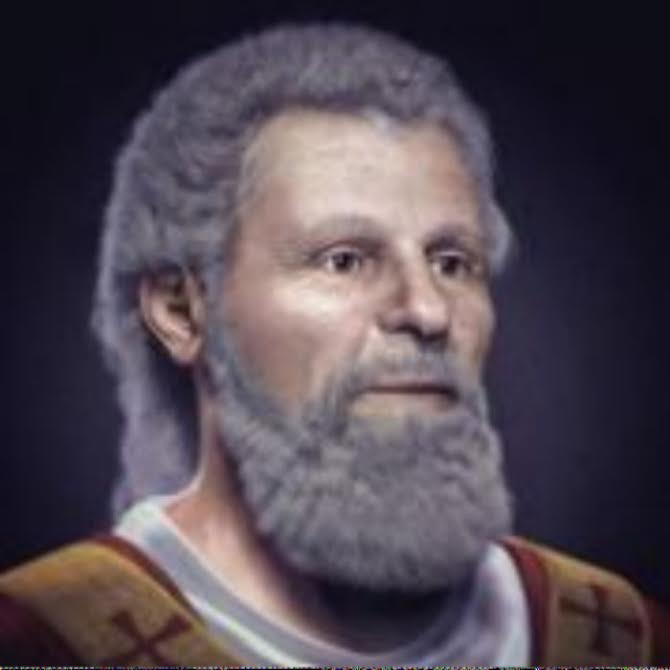 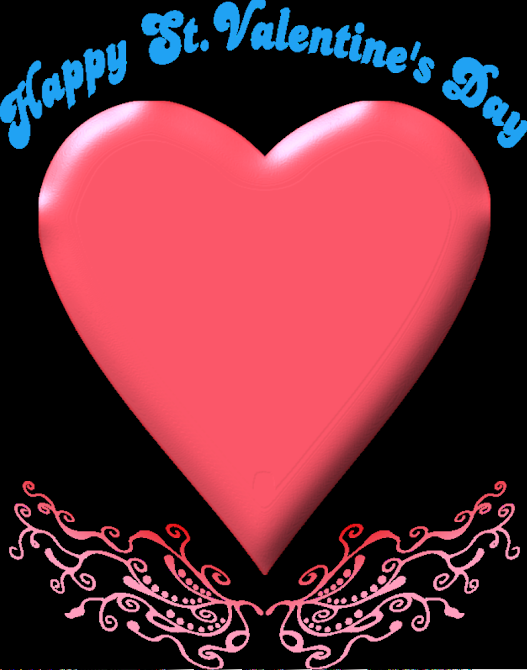 Why is it the most important human emotion is so poorly celebrated and lost in a ritualistic exchange of chocolates, silly cards, and stuffed animals?

At least one movie, a romantic comedy, was produced in 2010 about the day. The movie follows nearly two dozen people as they find and lose love in all its many forms over the course of the title day. Critics called it, “glib, shallow, lame, and stale” so it is no wonder the movie yielded only an 18-percent score on Rotten Tomatoes.

But that one bad apple should not spoil the barrel, and why the day is celebrated. The American Film Industry listed their 100 best love stories with Casablanca (1942) coming in at number one. Number 100 is Jerry McGuire (1996) and number 50  is Shakespeare in Love (1998). Strangely, in the 20 years since Shakespeare in Love there has not been a love story added to the list.

The day became infamous for a short time when seven members of Chicago’s North Side Gang were gunned down in a garage in what became known as the “St. Valentine’s Day Massacre.” It remains one of Chicago’s darkest moments but has never darkened the spirits of lovers on that day.

St. Valentine’s Day is also clouded by fanciful and mysterious legends. The traditional observance of Saint Valentine’s Day comes from an early pagan ritual of Lupercalia and Christian legends surrounding the martyrdom of a priest. Historically, Valentine’s Day has nothing to do with love. Little is known of the saint’s life, but most church historians believe he is at least the namesake of the holiday. If we look back on the origins of romantic love, we find the custom emerged long after the saint died.

century with the Roman Emperor Claudius ll. According to one legend, Claudius had prohibited marriage of young men, claiming bachelors made better soldiers. Valentine, possibly a priest, continued to secretly perform marriage ceremonies until he was eventually apprehended by the Romans and put to death.

The most documented legend is the story of a priest/physician name Valentinus who fell in love with the daughter of Claudius’ jailer.  Contrary to popular belief, he was not initially a Christian priest but a pagan healer.

It was during the Roman persecution of the Christians that Emperor Claudius had ordered all Romans to worship twelve gods. He had also made it a crime punishable by death to aid or associate with Christians. As a healer, it was Valentinus’ job to help people. Not even the threat of death could keep him from practicing his healing arts. Eventually they arrested him for helping Christians.

Ancient Rome did not have a speedy trial in their judicial system, and Valentinus languished for months in his stone cell. While in prison, he met many Christians and saw the dignity and conviction they had in their faith. Their strength gave Valentinus the strength he needed, and he converted to Christianity.

Over the months he became friends with a jailer. The jailer, seeing Valentinus was a man of learning, asked if he could bring his blind daughter to Valentinus for lessons in Roman history. His daughter’s name was Asterius (some say Julia) and she was quick to learn. Valentinus read the history of Rome to her, described the world of nature, and taught her the Word of Jesus Christ. Asterius saw the world of Jesus through Valentinus’ eyes. She trusted him and found comfort in his quiet strength.

Asterius wanted to see the world of Jesus through Valentinus eyes.

“Valentinus does the Lord really hear our prayers?” she asked him one day.

“Do you know what I pray for every day?” She queried. “I pray that I might see. I want to see everything you’ve told me about.”

“The Lord does what is best for us if we will believe in him.,” Valentinus said.

Valentinus’ faith in the Lord was unswerving. “Let us kneel together and pray to the Lord Jesus Christ for strength.” As they knelt in prayer, a brilliant light invaded the prison cell.

Asterius cried out, “Valentinus I can see! I can see!”

“Praise be to the Lord,” exclaimed Valentinus. After calming Asterius. the two knelt in a prayer of thanksgiving.

In those days, declaring a miracle in the name of Jesus Christ sealed his fate. On the eve of his death, Valentinus wrote a note to Asterius urging her to stay close to the Lord and pray for strength. Valentinus, resigned to his own death, did not admonish his captors. He wrote to Asterius that it was God’s will. He signed a note “from your Valentinus.”

On February 14, 270 A.D., Valentinus was clubbed to death and beheaded near a gate in Rome now called Porto Valentinus in his memory. Asterius secretly planted a pink-blossomed almond tree near his grave in what today is the Church of Praxedes. Today, the almond tree remains a symbol of love and friendship.

Several centuries went by and slowly Christians were able to emerge and publicly display and practice their faith.

The pagan Romans, now in a minority, still celebrated the feast of Lupercalia which had been popular from around 4-B.C. The church decided it was time to replace the pagan custom with a Christian observance.

The pagan celebration honoring Lupercus, was the Roman equivalent of the Greek god Pan, a deity of fertility. It involved a bloody animal sacrifice, one of the many pagan customs abhorrent to the Christians. The names of teenage women were placed in a box and drawn at random by adolescent men. The feast had all the trappings of a young man’s rite of passage.

Determined to end this eight-hundred-year-old practice, the church sought a saint to replace the deity Lupercus. Since Valentine’s death fell on the eve of the feast, he was a convenient candidate to usurp the popularity of Lupercalia. In 496 A.D., Pope Gelasius outlawed the mid-February Lupercalia feast. The pope was clever enough to retain the random selection, aware of the Roman’s love for games of chance. In the box that was once held the names of available and single women, he replaced the names with the names of saints. Both Christian men and women drew slips of paper and were asked to emulate the life of the saint’s name they drew for the coming year.

The spiritual overseer of this “game” was St. Valentine. For the women to draw the names of the saints must have disappointed many Roman males. Rather than be cut out of the picture and replaced by a saint, the young Roman men established a custom of offering women they admired a handwritten greeting of affection. They tied it into the drawing of the saint’s names and the greetings eventually acquired St. Valentine’s name.

With the passage of still more time Christianity spread throughout the world. The Romans and other pagans slowly relinquish their customs and replaced them with the Lord’s word.

The affectionate greeting also spread with Christianity. By the 16th century, Valentine’s Day cards had all but eliminated the lottery of saints. St. Francis deSales, Bishop of Geneva, try to reinstate the lottery but with no success.

Instead of the cards disappearing, they proliferated and became more decorative. By the 18th century, greeting cards with Cupid, the cherub, armed with arrows dipped in a love potion became a popular Valentine’s Day image in England. He became associated with the holiday because in Roman mythology, he is the son of Venus, goddess of love and beauty. The cards did not become wide-spread in the United States until around 1850 when a New England native began mass-reproducing them.

Although the truth behind the Valentine legends is murky, the stories all emphasize his appeal as a sympathetic, and heroic figure but above all, a romantic figure.

Today many of us send modern Valentine messages to reaffirm what Jean Valjean said in Victor Hugo’s Les Miserables, “The supreme happiness in life is in the conviction that we are all loved.” Let us make this month not just a month of love, but the happy beginning to a year of loving and being loved and fulfil the Scripture the apostle Paul advised us, “Let all that you do be done in love,” (Cor. 16:14 NASB)

In the words of Elizabeth Barrett Browning, “How do I love thee? Let me count the ways…” Give someone your message of affection on Saint Valentine’s Day in other ways that may be even more loving, memorable and lasting. Go back to when it all started by creating a second first date. Order the same foods, request the same songs, and see how many details you can recall from your first kiss.

After dinner head for a karaoke bar. After all, what better way to celebrate your chemistry than singing classic-couples’ duets such as Sonny and Cher’s “I Got You Babe” together.

Okay, the weather may not be great, so you don’t want to go out. Create a themed dinner and movie night at home. Find the movie Roman Holiday and watch Audrey Hepburn and Gregory Peck fall in love. Of course, you’ll need to accompany this with an Italian meal such as Lasagna, spaghetti and meat balls or your own creative dish.

Remember we may give without loving, but we cannot love without giving.