Serving God Runs in the Families of Mount Olive Pastors 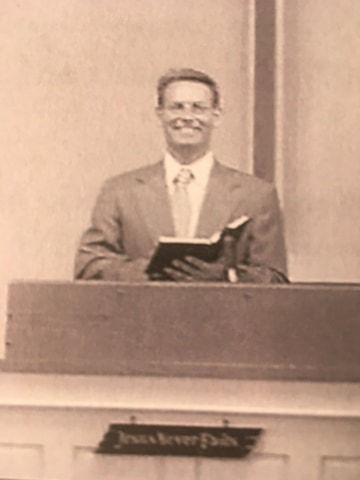 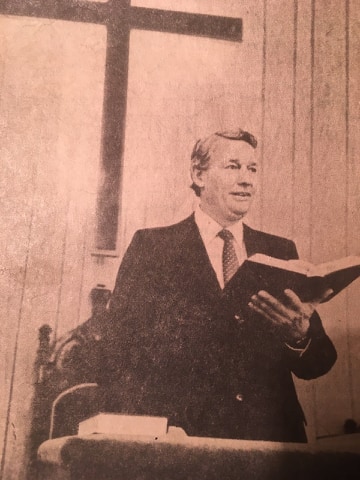 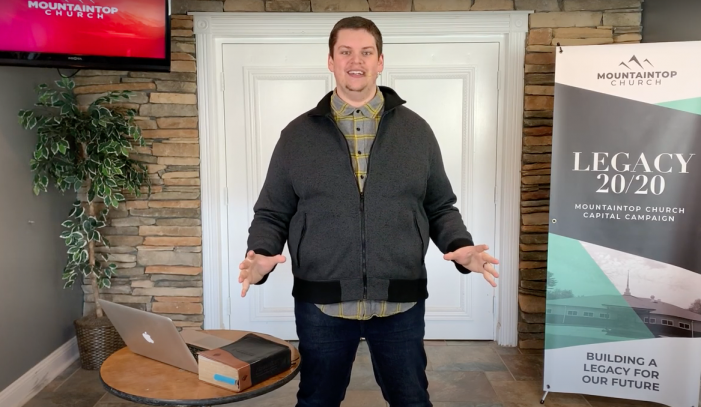 Lines will soon be a pastor for 30 years, having served since 1991. His dad, Neil Malcom Lines, held the leadership role at the former Mt. Olive Baptist Church (which became Mt. Olive Community Bible Church in 2003) from 1969  until his 1995 passing, he and his son serving as associate pastors  the final four years.

“By way of his character, he was a very encouraging person in general,” says Lines of his dad. “He didn’t specifically encourage or recommend that I become a pastor like him. He was just, ‘Hey, whatever God wants you to do.’”

Often times, Lines wishes his dad were still here, just to ask his advice. “Oh, of course. That’s a given. Just dealing with people. People are great, I love them, but people are challenging, humanity is challenging, so is dealing with individuals. Just from his experience – what he would counsel them to do and recommend them to do – he was patient and understanding, very accepting. It was always good to hear his voice.”

Pastor Matt Jones has been at the helm of Naughright Road-located Mountaintop Church for 18 years. His Dad, Rev. Don Jones, pastored in the Methodist Church after his 1961 ordination, and during his tenure, served at churches in Suffern and Port Jervis, New York, and Paterson, Wyckoff and Midvale, New Jersey. The elder Jones, now 81, is retired.

Jones’s parents never edged him in any direction, but saw his talents, and encouraged him to exercise them. He was 18 when he discovered his calling. “My parents always supported me,” Jones says, “and the different church (Jones represents the Assemblies of God) wasn’t a big deal. It was bible-believing and that’s what was important to them.”

Jones saw from an early age that his son, Matt Jr., 28, had an affinity for God, he recognizing the vision while in a

high school youth group. “It was a natural transition for him,” his dad says. He then pauses, and states, “You know what’s really cool? He’s Matt Jones’s son, but now I’m Matt Jones’s dad.” Jones serves at the Freehold Assembly of God.

Vagle’s maternal grandfather, Cyril Chegwin, was a lifelong minister of the Gospel within the Assemblies of God fellowship. “He planted and pastored multiple churches in his nearly 50 years of ministry,” says his grandson, “and he even served with his wife Marlene as a traveling missionary/evangelist in Canada. Ministry wasn’t just a job for him; it was his life. I was only four years old when he passed, but his legacy still inspires me to this day to give my all to the call of God on my life. “

His father, Kirk Vagle, was a Youth Pastor for 9 years at First Assembly of God in Elkton, Maryland. “He saw his youth ministry grow from serving less than 10 students a week to almost 100 students. My father is the best public speaker and communicator I know; he taught me how to stand up and boldly declare what I believe in, even if it is not the popular opinion. After my grandfather passed, my dad transitioned out of full-time occupational ministry, but still remained heavily involved in the church as a volunteer. He taught me to never settle, but to always give what I could to God. “

“As a minister, I have some of the greatest role models and people to look up to right in my own family,” Vagle attests. “I thank God that they instilled in me the drive to communicate the Gospel to everyone I meet. Ministry is not just a job or career for me; it truly is a calling.”

Matt Jones Sr. agrees. “I feel ministry must be a call from God, and nobody can suggest it to you.”