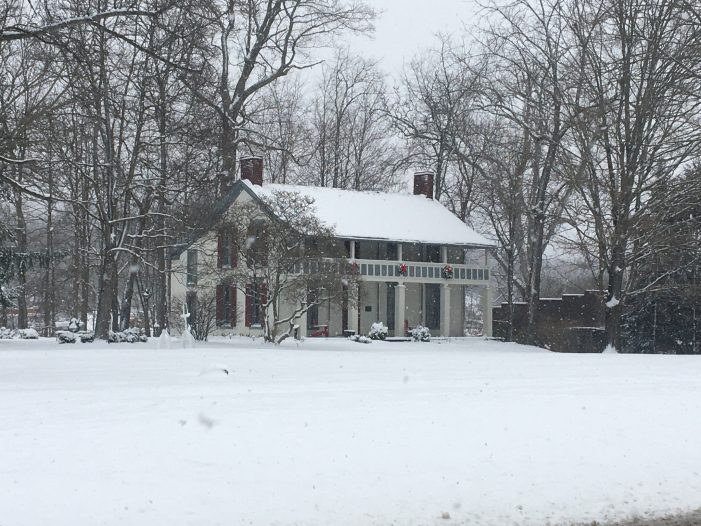 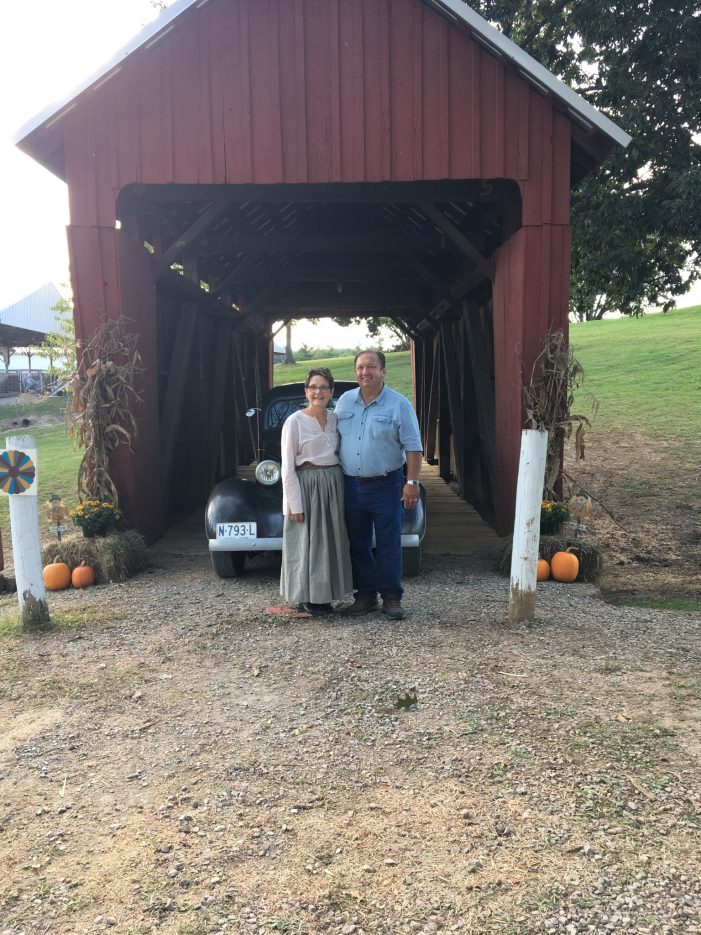 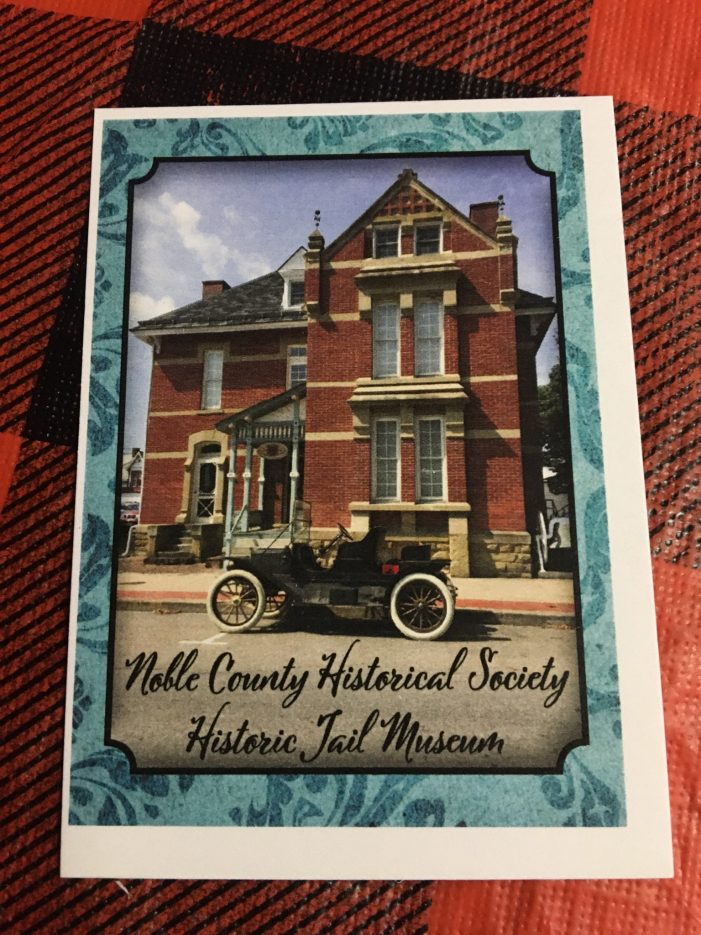 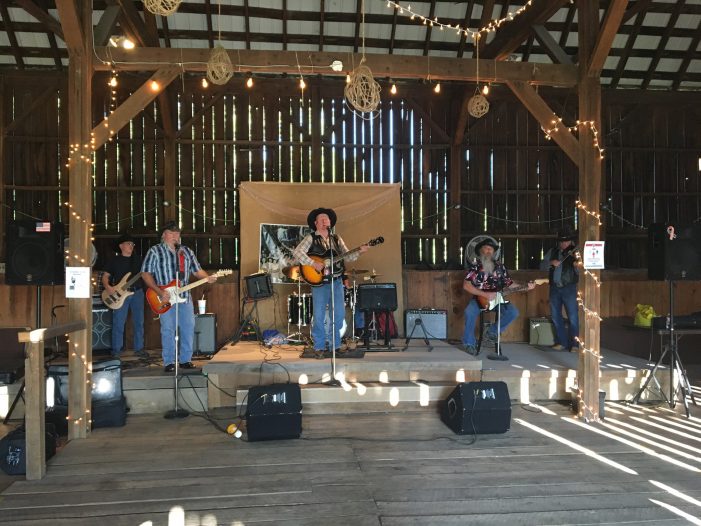 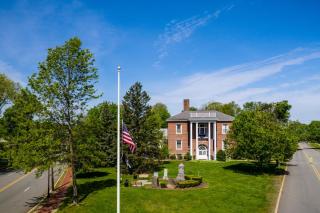 The Village of Caldwell, Ohio is a pretty friendly and interesting place.

Consider first of all some of the dining options. The names alone welcome you to the one-square mile village. Kathy’s Kitchen, a family-friendly eatery, is located on Cumberland Street, Lori’s Family Restaurant is easily accessible right off of Route 78, and Patty’s Place is located on Route 821.

“And there’s a good coffee shop, the West Street Coffee Bar,” Jeff Minosky says. Minosky is President of the Noble County Historical Society, and he has lived in Caldwell, Ohio for 58 years. He is also on the Caldwell, Ohio Village Council.

And there’s plenty of history. The village of Caldwell, Ohio, which is the Noble County seat, was founded in 1851 by Joseph and Samuel Caldwell, and their home, the Ball – Caldwell Homestead, which was built in 1832, has a rebuilt barn (the original barn was destroyed by fire in the 1940s when it was still a working farm). The site is now used for weddings and events.

The BZC (Bellaire, Zanesville, and Cincinnati) Railroad – affectionately known as “Bent, Zigzag, and Crooked,” which made its way to the village in the 1870’s, was a key to its growth. It stopped running in the 1920’s. “There’s a red caboose, #33, and it’s actually from the BZC Railroad,” Minosky says. “That’s beside a little well site, and actually

it was drilled as a salt well in the early 1800’s. They were drilling for salt and they hit oil (the Thorla-McKee Oil Well), and they didn’t know exactly what to do with it. The well is still there, and it’s got a tree casing down in the well. It’s pretty cool.”

Also nearby is the restored Heritage Park Covered Bridge at the Noble County Fairgrounds. The bridge was stationed

in its current spot since 1970, but the estimated date of its construction was in the 1890’s. Vehicular traffic is not permitted through the bridge, but it is a beautiful photo opportunity for those visiting the location.

Caldwell, Ohio has a population approximately 1,800 people. It’s Garden State “sister city” has about 8,000 residents and is a little over a square mile. Route 821 is the north to south route which runs through the Midwestern Caldwell, while Route 78, which initially ran through the village on Main Street, was rerouted in the 1960’s to run east to west below the village border.

“The nice thing about Caldwell is it has a village square,” Minosky says. “The courthouse is the centerpiece of the village square. It was built in 1933 as a WPA project, and then a lot of the buildings that surround the courthouse are from the 1890’s. The historical society owns what is called the Noble County Historic Jail Museum. The sheriff and his wife lived in the jail, and the sheriff’s wife would cook the meals for the prisoners. We still have the cells, and they’re old-fashioned cells.” The jail was in use until 1999 and is now the home of the Noble County Historical Society, which is located on West Street.

Also of note, because of its ties to the Garden State, is the crash of the USS Shenandoah on September 3, 1925. “A lighter-than-air dirigible was what it was,” Minosky says, who also mentions that the USS Shenandoah’s home base after being built was Lakehurst, New Jersey. When it met its fate due to a violent thunderstorm which was accompanied by fierce winds, a majority of the debris landed about 12 miles north from Caldwell. A county fair was being held at that time, and souvenir hunters ventured to the location, seeking to get parts of the structure for themselves. A ladder from the USS Shenandoah can be seen at the Jail Museum.

Lodging for travelers is available right in the village. Visitors can rest up at the Comfort Inn, Best Western, Quality Inn, or Days Inn, before and after a stroll into the village, or plan a drive to some local nature sites. The Caldwell Nature Center is right next to Caldwell Lake, two miles north is the Wolf Run State Park and Wolf Run Lake, and travel another eight miles northeast and you’ll find Senecaville Lake at Seneca Lake Park.

For more information about Caldwell, Ohio, visit www.caldwellohio.org. To learn more about Noble County and the historical society, the website is www.noblecountyohio.gov/noble-county-historical-society.