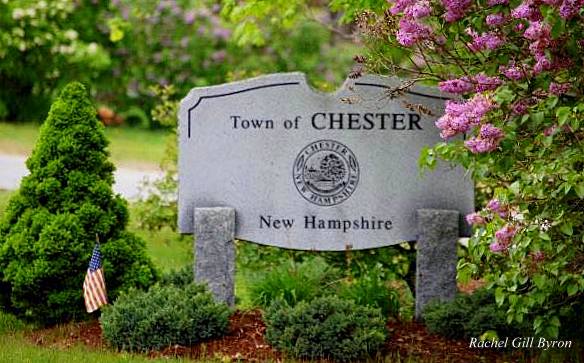 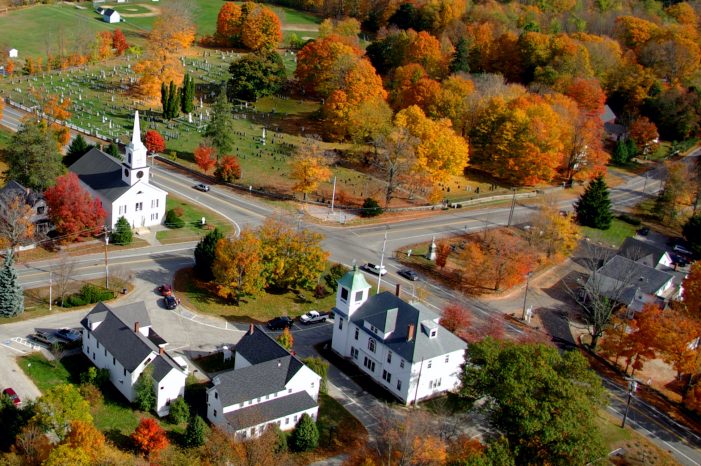 The crossroads of Chester – courtesy of the Town of Chester, NH

Chester, New Hampshire is bisected by Routes 102 and 121, much like Chester, New Jersey has Routes 24 and 206 running through its middle.

At one time, Chester was an option as New Hampshire’s state capital. However, when it was decided that Concord was the actual center of New Hampshire, it got the star.

Atmosphere lures visitors to Chester. “It is an old town, but it has several modern features,” says Stephen Landau, who is one of five on the Board of Selectmen of Chester. He grew up in lower Manhattan and is familiar with both “Sister Cities.” “When I first came to Chester, New Hampshire about 41 plus years ago, population was about 1,400. Now we have about 1,500 houses.” Chester used to be much larger than its current size; Candia, Auburn, and Manchester broke off and formed their own communities. “I would say that when most people drive through the center, it’s a quaint looking town,” adds Landau. “Housing is set back – we have 2-acre zoning – and you still have many of the original homes in town. It was the home of the gentleman who sculptured the Lincoln Memorial – Daniel Chester Wood French. He took his middle name from the town.” At one time, offshoots of the famed Vanderbilt family lived on Chester Street, and the French family were their “across the road” neighbors. “Benjamin Brown French, I believe was his name, was an assistant to President (Abraham Lincoln),” Landau also says.

The college Landau refers to is White Pines College (more recently known as Chester College of New England), which was started by Faith Preston in 1967, who had purchased land on Chester Street (Route 121). “She purchased three or four buildings with some 87 acres of land,” says Landau. “It was primarily a college concerning arts and social work, and a couple of years ago, it went out of business (2012). The property has since been sold to a group of Chinese investors (Jiahui Education) who are trying to maintain a school where they bring students in from China, some as young as seven years old.”

The crossroads of town are a great meetup spot. Chester General Store and a small restaurant, Olde Post, are dining spots near the Chester Town Common, and are within walking distance of the aged Village Cemetery, a Meeting House (now Chester Congregational Church), and Stevens Hall. The latter served for almost a hundred years as Chester’s town hall. G&P Pizza shoppe, another popular dining option, is located on Route 102.

The names of Hazelton and Bell have been prominent in town for over a century. The Hazeltons own good parcels of area land and a major apple orchard, and the Bells owned (it was recently sold) Senator Bell Farm, an equestrian farm of roughly 150 acres. The Chester Fire Department, formerly a volunteer group which is now on-call, and a 9-person police department, keep Chester, New Hampshire well protected. Both elementary and middle school students attend Chester Academy, a public school, but Pinkerton Academy in neighboring Derry serves as the high school for teens in Chester. It is located at gorgeous Forsaith Forest and may be one of the largest schools in New Hampshire.