Spotlight on Our Scouts 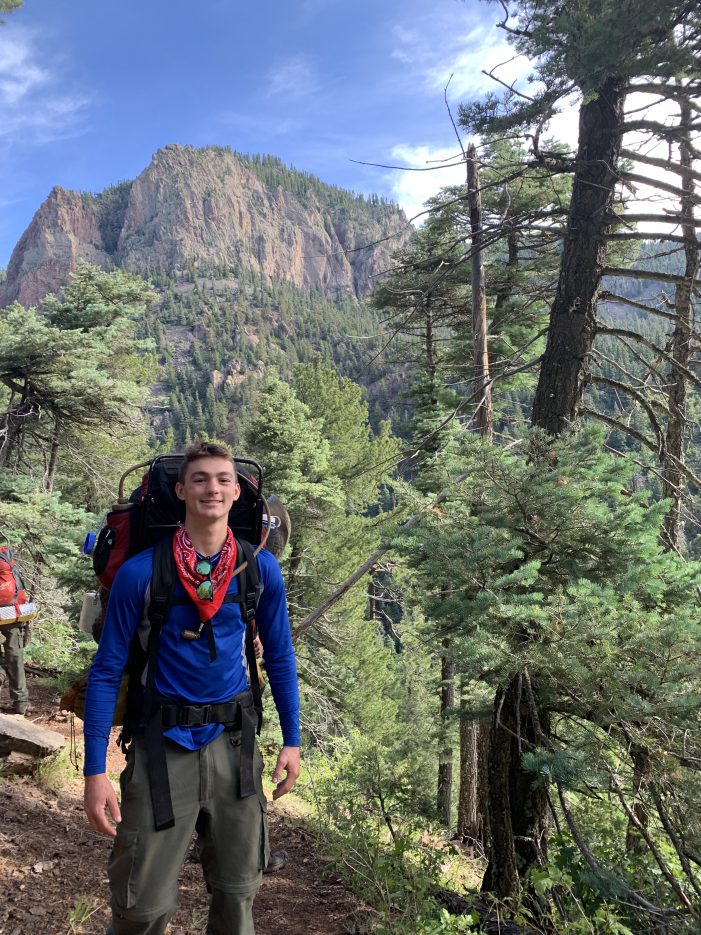 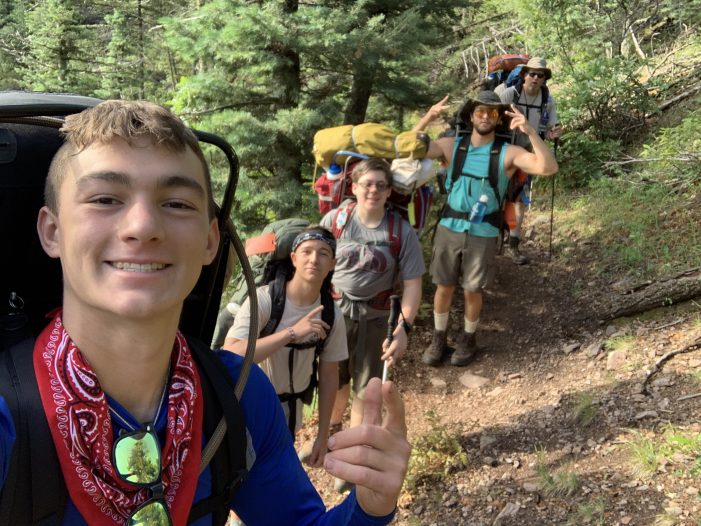 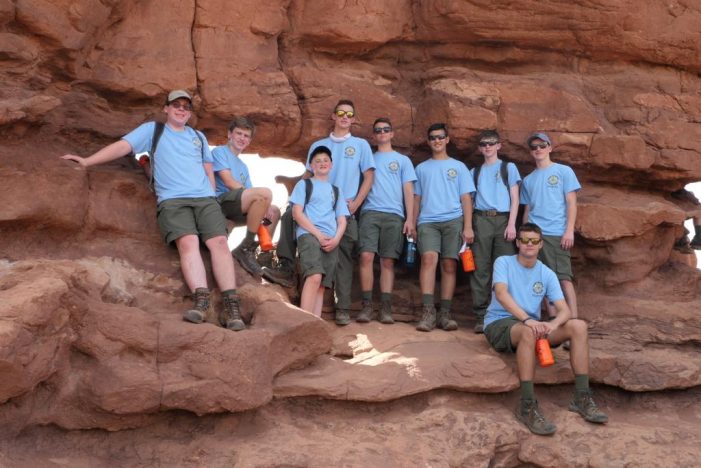 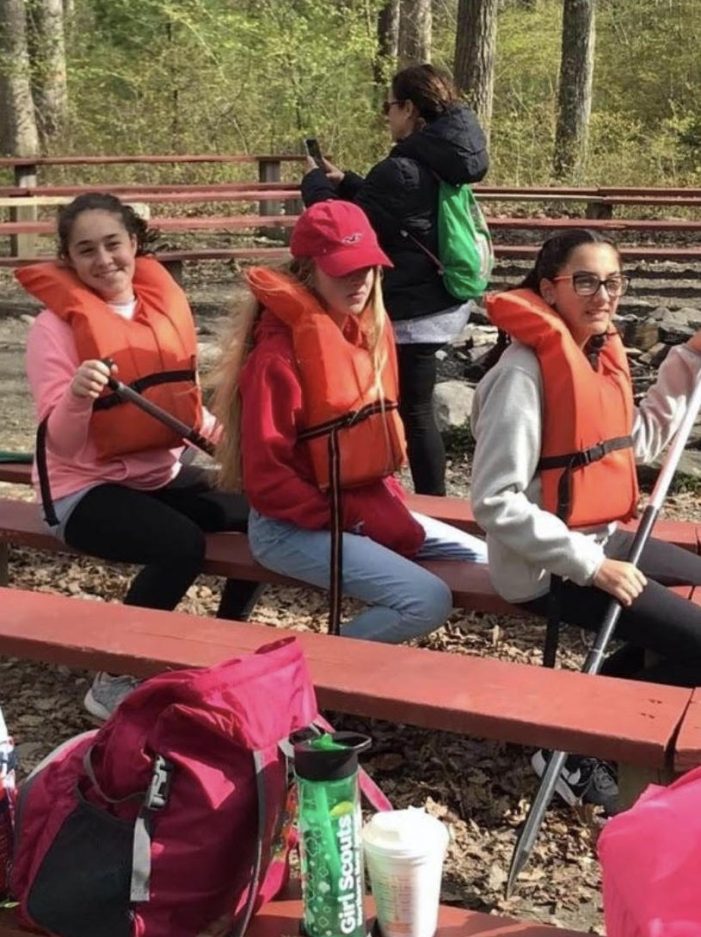 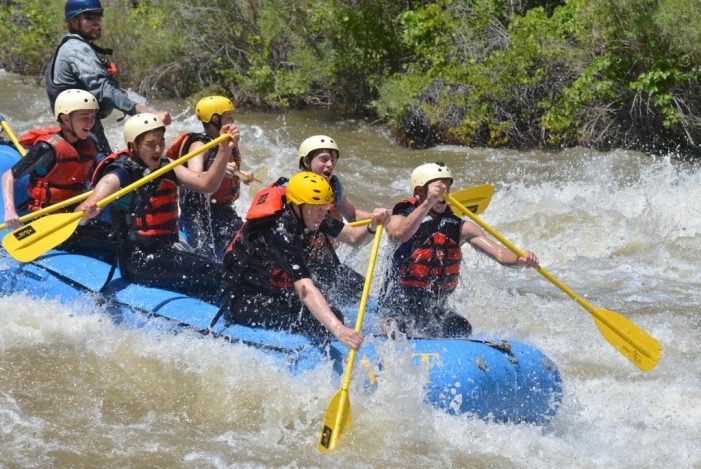 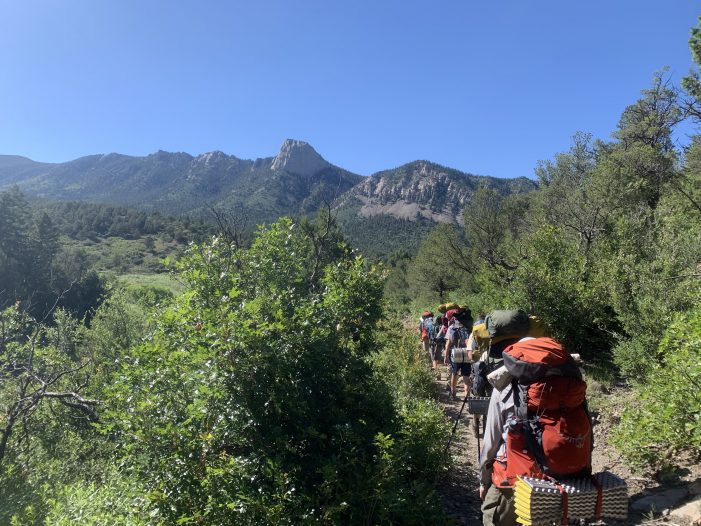 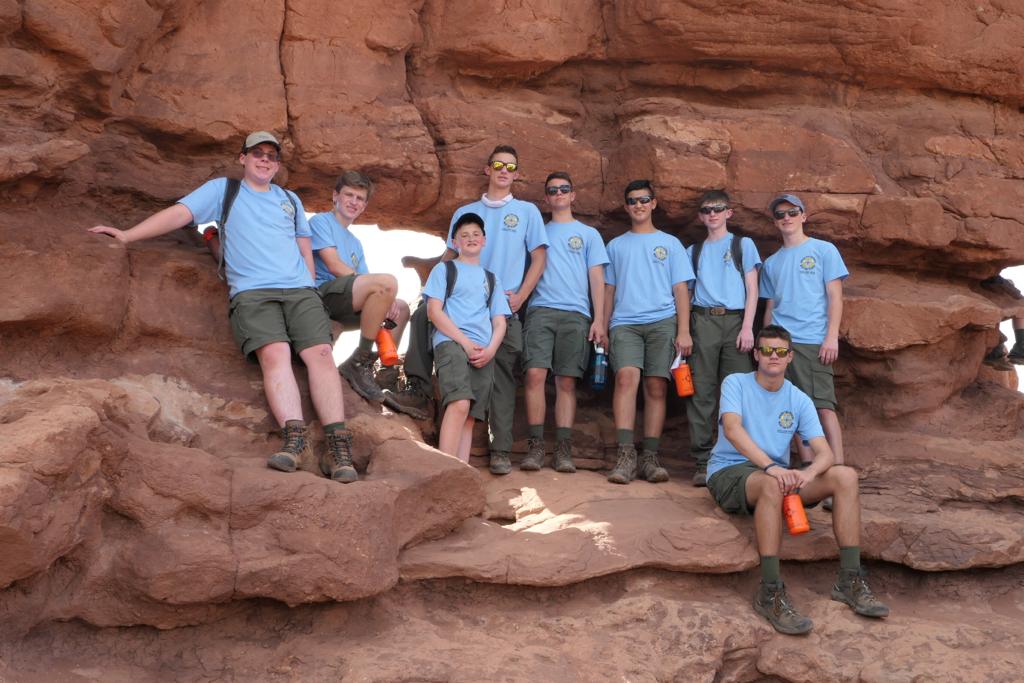 Mount Olive’s 150-year-old history has allowed generations of town citizens to become involved in extraordinary community events. From academic to athletic functions, there is something for everyone in our town, Boy Scouts of America and Girl Scouts are just two of them. Our town is lucky enough to encounter many hard-working and dedicated troops.

Mount Olive, as well as most neighboring towns in Morris County are a part of Boy Scouts of America’s Black River District. The earliest troop, Troop 156, in Mount Olive to be recorded has existed for fifty years, chartering out of Flanders United Methodist Church. Troops to take the latter include Troop 312, formed in 1981 in the Flanders Fire Department, and Troop 249, chartered in Saint Jude Roman Catholic Church in 1980. With fifty-four total members among these three troops spread across town, there may be community service being done right in your backyard.

Peter Huber, eleventh grader at Mount Olive High School, spoke about his experiences as a scout: “I’ve been a boy scout since fifth grade…Boy Scouts is special to me because it’s given me new opportunities and has taught me a lot. This past year I was S.P.L. (unit leader) so that made me know what it would be like to be a teacher.” While being a Boy Scout may seem like all fun and games, there is more to it than what meets the eye. Huber elaborated on this. 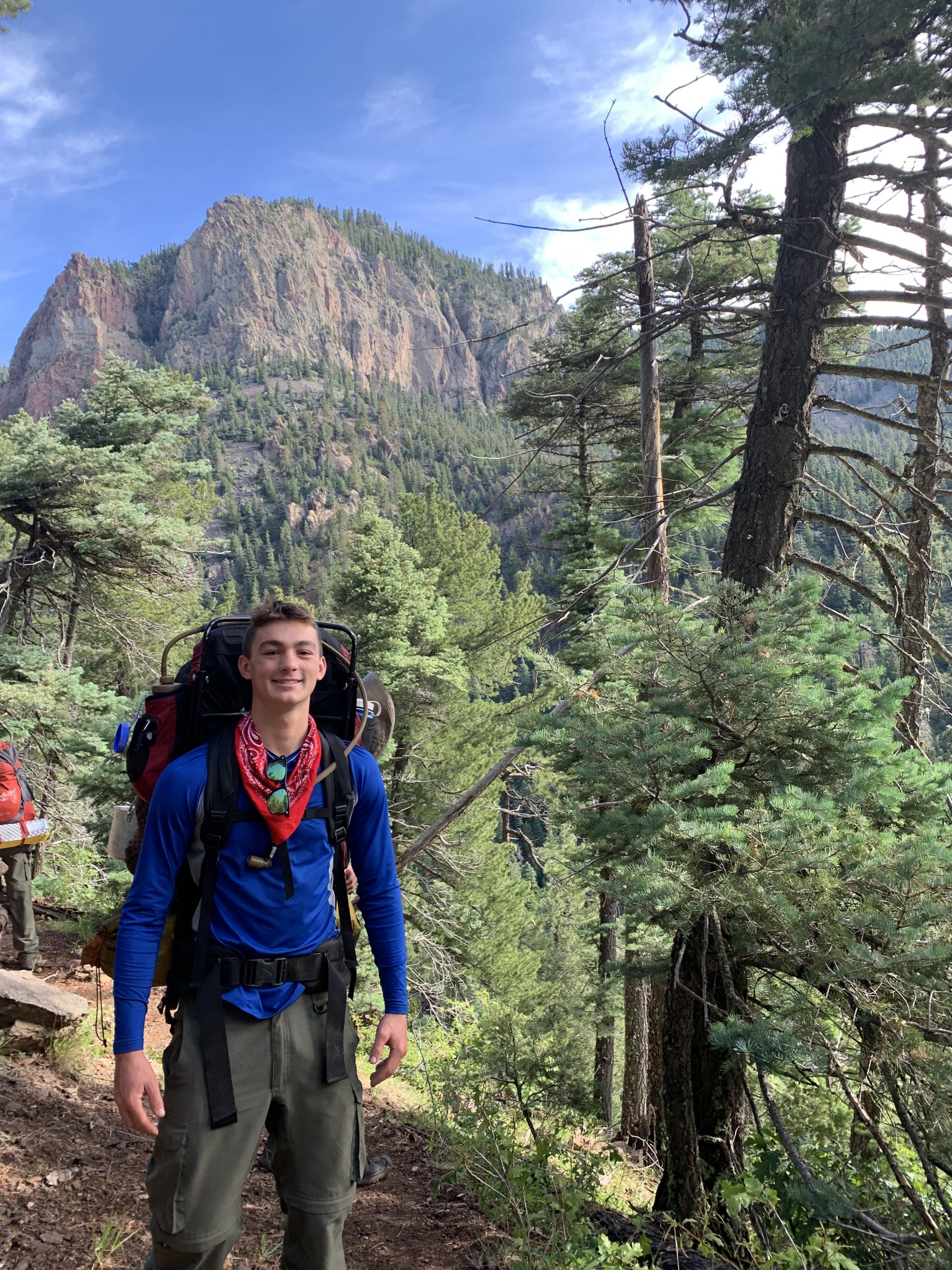 “Some requirements for lower ranks include skills like ropes, map, and handling a compass. For higher ranks, you must take on leadership and service based projects, and have a leader role for six months.” With mission trips and valuable life skills under his belt, it is safe to say that being a Boy Scout is very beneficial. Discipline, honor, and merit are few of the many terms to describe this program.

Along with Peter Huber, Mount Olive High School student Anthony Rocco had similar thoughts to share. “I’ve been a Cub Scout since 1st grade, then at the end of 5th grade I crossed the bridge to boy scouts. I’ve been a Boy Scout for 7 years…(and at the age of) 18, you age out. I turned 18 this past August, so since then I’ve been a junior assistant scoutmaster.” Rocco continued with some of the highlights he has experienced through his time with Boy Scouts of America. “Boy Scouts is special and unlike any other youth program. Also all the opportunities Scouts provide such as Philmont, a high-adventure trip where we hiked 100+ miles across three states; Colorado, New Mexico, and Arizona carrying our own food and water and gear for two weeks.” Rocco said that scouts has introduced him to new experiences and new people. “I’ve met a ton of new people (and made) connections that I will definitely be sure to utilize in the future. Scouts has also given me the opportunity to lead as well as teach leadership and all the skills that go with it.” 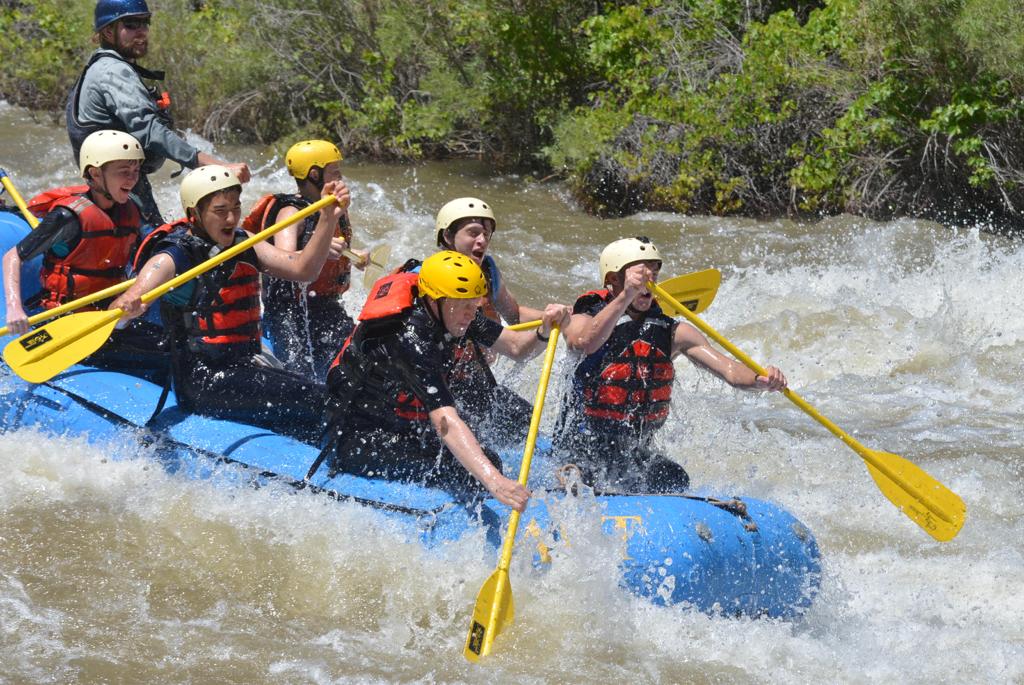 Scouting in Mount Olive also includes Girl Scout troops. Mount Olive is a part of the Girl Scouts of Northern New Jersey District. Gabriella Harmon, a student at Mount Olive High School and a Girl Scout for 10 years, said that scouting helped her become a leader and a team player. Harmon has earned a Silver award in Girl Scouts and is currently working on her Gold award. “Being a Girl Scout is an opportunity to take authority in helping others, and expanding my comfort zone in order to learn more about the world and people around me, and how I can make a difference in the lives of others. Feeling good while making a difference is eye opening to the extent that just one person can make so much difference,” said Harmon. She also reported that the Girl Scouts provide service to the community in many ways, such as “planting flowers at Sandshore School, going Christmas caroling to the elderly at Paragon Village to brighten their Christmastime, picking up trash in the woods of River Road, organizing with the local food pantry, hosting a tea party for young girl scouts, babysitting for children while their parents participated in a school event, helping out at a family fun night at a local school, and so many more throughout the years.” She also said, “One of my favorite projects would have to be the yearly International Night. During International Night, every troop participating chooses a country to present culture and other aspect of their chosen country to share with their fellow troops, even sampling food from different countries. This is a great way for children of any age to become aware of different countries and people who are different than us. Being culturally aware and accepting and considerate of all people is an important Girl Scout value, and learning about these countries triggers interest to learn about others and their cultures.”

While young scouts are the backbone to the troops offered in town, it all starts with adults who are eager to teach and 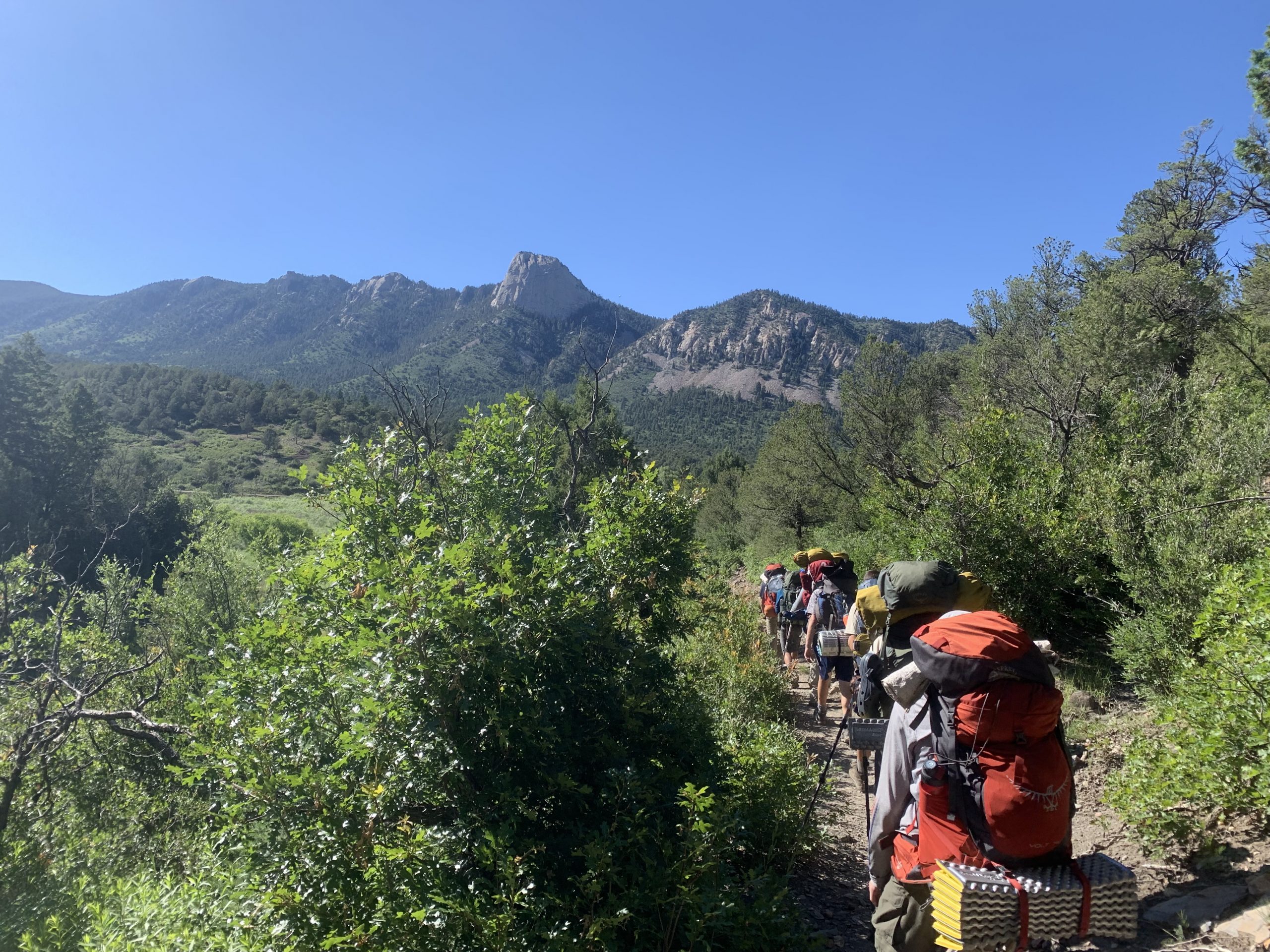 share their past experiences with others. Someone who has fulfilled this includes Archer Jones, a man who has taken on multiple leadership roles since starting this journey with his son. “I began scouting in Mount Olive with Pack 47 which is run out of Mountain View School in Flanders.  The Pack is 52 years old and currently has 20 scouts registered with it.   I then joined Troop 156 which is run out of the Flanders United Methodist Church.  The troop was founded in 1970 and currently has 28 Scouts registered with it.  In 2015 we chartered a Venture Crew out of the Flanders United Methodist Church which is a high adventure unit for older scouts.  Last year we chartered a Sea Scout Ship in partnership with the United States Coast Guard Auxiliary.  The ship has 20 members and is still growing.” Jones also “served as the Cubmaster of the Pack for 4 years and was the Den Leader for all 5 years my son was in the unit.  I was an Assistant Scoutmaster for the Troop for 2 years and then the Scoutmaster for 5 years and now I am an Assistant Scoutmaster again.  I serve as an Associate Advisor for the crew and a Mate for the Ship.  I also serve as the Council Commissioner and as a Chapter Advisor for the Order of the Arrow (Scouting’s National Honor Society).” Jones says that the Scouts are what keep him so involved. He said, “In all the leadership roles I serve in and have served in it is about watching the Scouts grow both physically and mentally.” Jones has been incredibly involved throughout the years, providing service to the community with the Boy Scouts.

Jones also spoke about defining moments he endured, as well as how the youth of Mount Olive’s community can benefit from joining this program. “The scouts that joined my group in first grade were very special to me because they were all classmates with my son.  To see the boys grow and evolve from little boys to young men was so impactful on my life just as I made a huge impact on their lives. I was so proud of each and every one of them when they earned their Eagle Scout award and to see the group graduate with all 7 classmates as Eagle Scouts was when I knew I had done a good job as their leader.  I am happy to say that the scouts still hang together today as well as the parents of the scouts.” Jones also said that more girls are joining the Boy Scouts, “I am (also) so proud to say we have 7 girls being elevated to Eagle Scout from our Council which is the most in the State. I feel the Scouting movement is a positive experience for all who join the program.  It is a program that serves both boys and girls and teaches them life skills that they can use for the rest of their life.  I know that adults that get involved in the program have just as many positive experiences as their child does. Being a leader provided me the opportunity to have so many positive and worldly experiences with my son and his friends that I will have for the rest of my life.” Family and friends can bond in more ways than one. With over fifty years of Boy Scouts history roaming through our town, and many citizens coming forward about their accomplishments, everyone can take a piece of information away from a local scout.

Having a community of young people who are passionate about their service is what this township stands for. Mount Olive is incredibly proud of their scouts, who make the community better one day at a time!