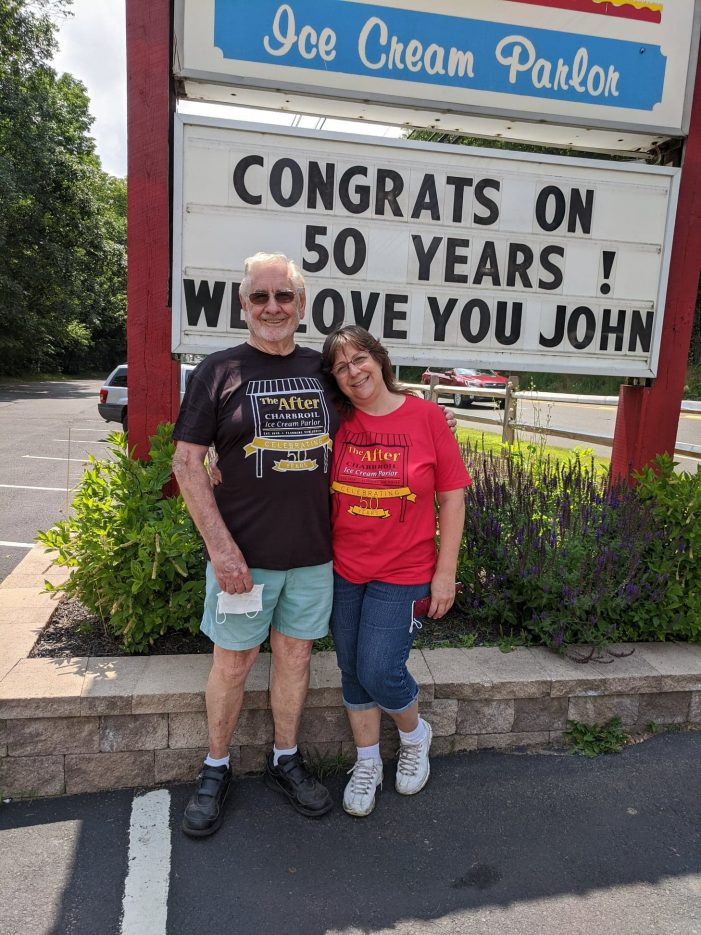 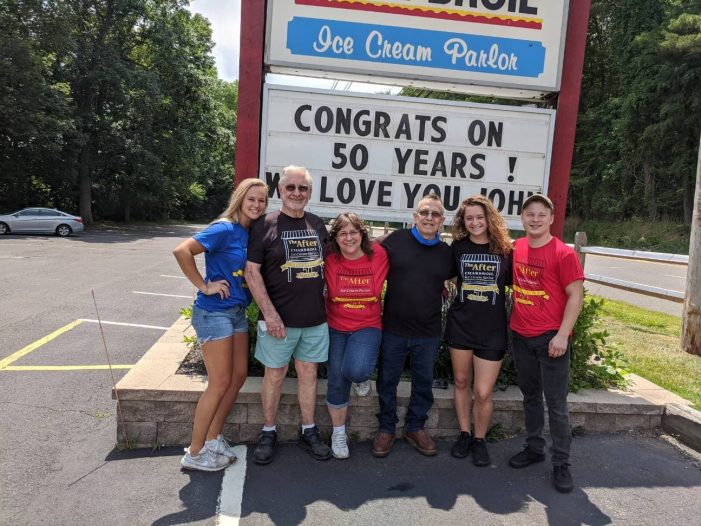 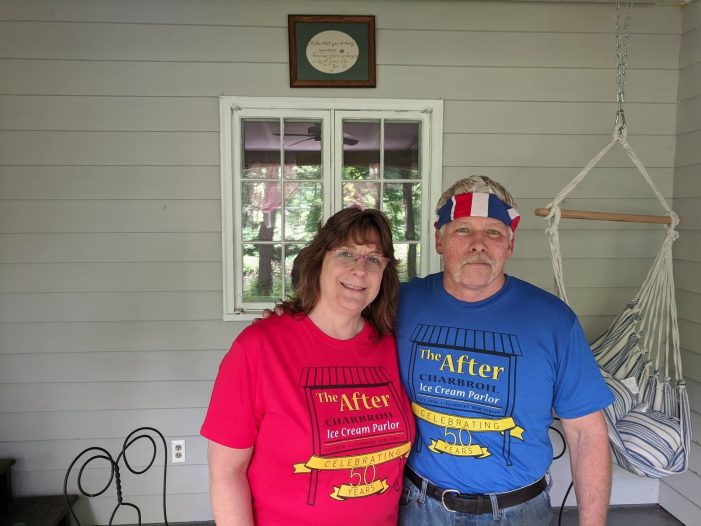 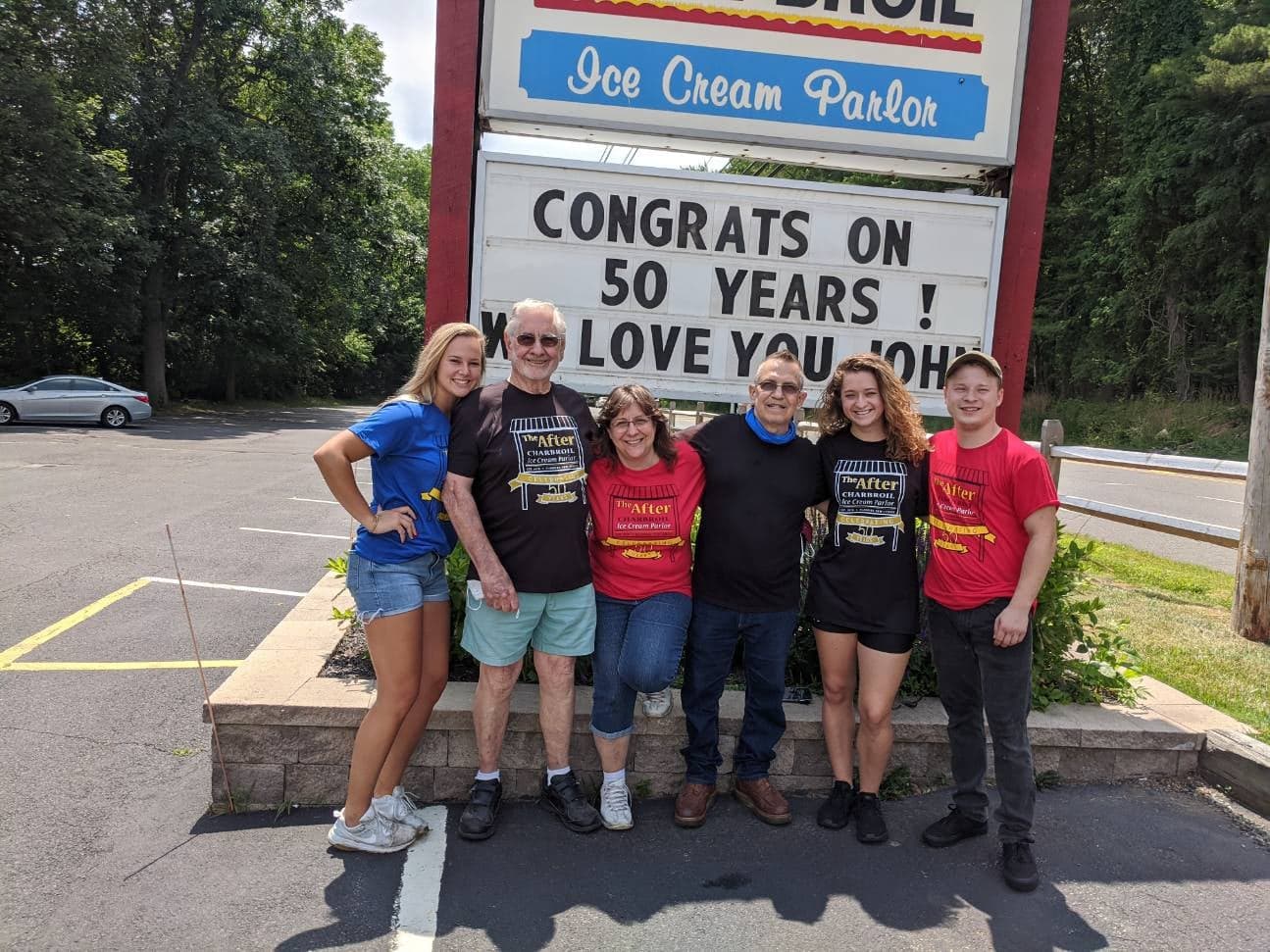 They told John Davis, when in 1969 he unveiled his plans for a family-style eatery on the Route 206 roadside in Flanders, that it wouldn’t work.

The After Charbroil and Ice Cream Parlor officially celebrated 50 years in Mount Olive on July 1. If those naysayers are still around, what are they saying now?

While you’re there, Davis might engage you in conversation about the history of  his eatery. In fact, he kids that there is a book in his future.

There is both indoor and outdoor seating at The After, which saw business suffer the first couple of weeks of the COVID-19 pandemic, but it never closed. “It’s 24/7, 365 days (a year),” says Davis.

“When I was young – 16, 17, 18 years old – we used to go to Seaside Heights,” says the Morristown born and raised Davis. “We used to go down after work and they had this drive-in place that was off the beach a little way, where they had carhops and all that.  And I was thinking, ‘Boy, this guy’s making a good crowd.’ It stuck in my mind.” However, he got married, he and his late wife Rosalie had three children, and he initially was in the dry-cleaning and laundry business with his sister and brother-in-law. “That wasn’t working out so well, so I said, ‘I’m going to try and open up a restaurant.’”

Financially challenged at that time, he wasn’t deterred. He was directed by a real estate agent to a piece of property 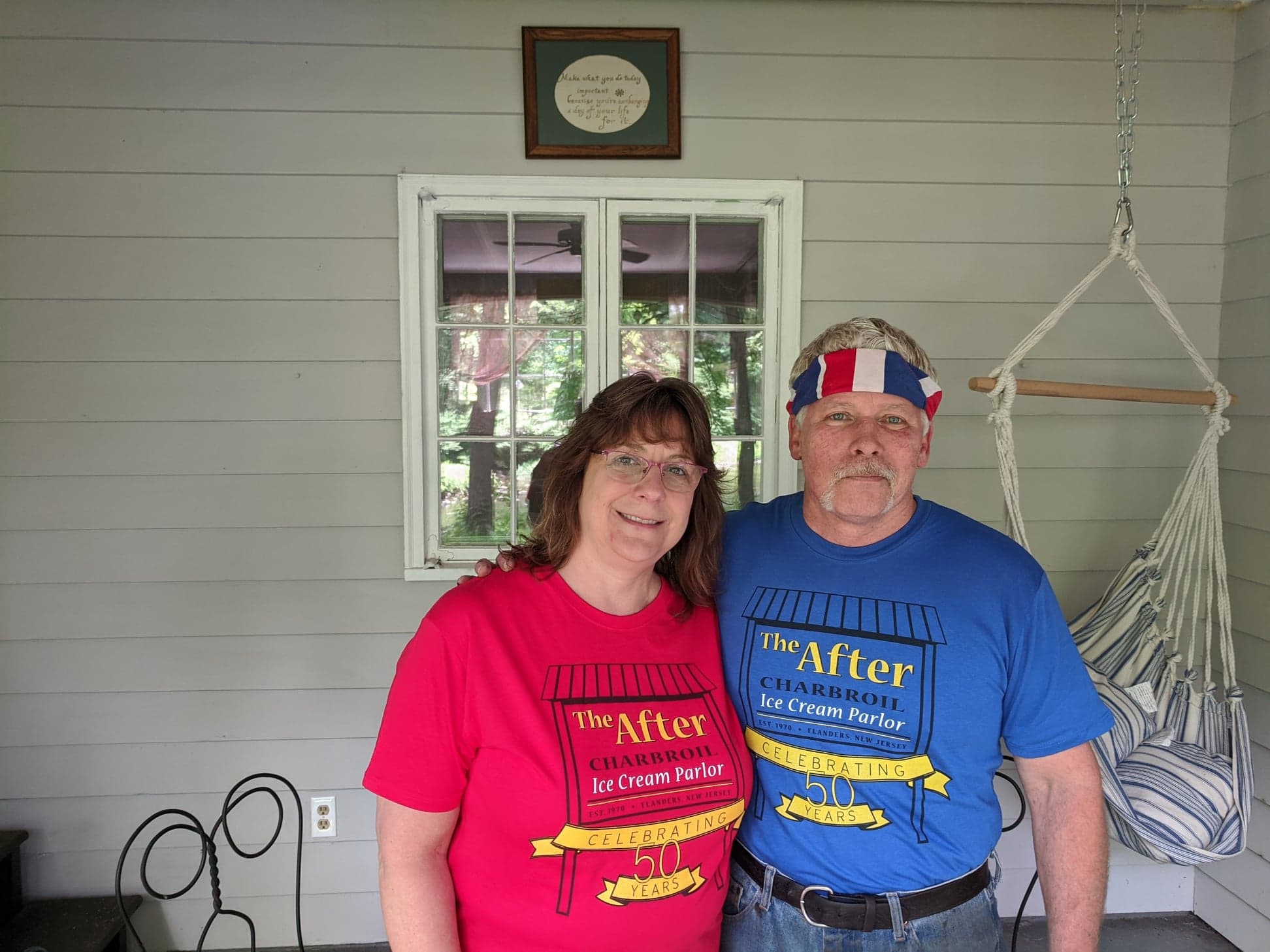 for sale on Route 206. He borrowed $100 from his dad, and the land was held for six months. Towards the end of month number five, after he was given advice that 1 out of every 10 cars that drove by on Route 206 had to enter his eatery or he’d never survive, he one day went to the empty lot and parked facing out onto the highway and began counting cars. “I would sit there,” he recalls, “and I would say, ‘1,’ and about 5 or 10 minutes later I’d say, ‘2,’ and there would be about 12 or 15 cars go by in an hour. It was like that all day,” he says of the then noticeably mild Route 206 traffic. “I sat there, and I said, ‘I’m not going to survive.’” His dad was still unsure of the venture, but his mom said, “Do it, do it…you can do it.”

Buttressed by his mom’s encouragement, as well as learning that Routes 80 and 287 would soon be open nearby, he envisioned a future flourishing area. “That’s when I made up my mind and said, ‘Okay, I’ve got to do this.’”

The name for the restaurant came from a Hackettstown photographer, Brooke Hersh, for whom Davis had done some electrical work and had mentioned to him his restaurant “dream.” “In the middle of the night one night, about 2:30 – 3:00 in the morning, my phone rang. I answered the phone and he (Hersh) said, ‘The After.’ I said, ‘What are you talking about, ‘The After?’ He said, ‘Your restaurant, call it ‘The After.’ I asked why, and he said, ‘Well, you’re looking for a name. Call it ‘The After’ – after the movies, after the ballgame…’”

Mount Olive’s newest food spot had a name, and ground was broken in the early spring of 1969.

“He can talk all day,” says Davis’s daughter, Gina, about her dad. She’s been working at The After since 1990, and although she may say it with a chuckle, she lovingly knows his gabbing is with good reason. There’s five decades worth of great history here, and John Davis is proud of those memories. Gina and her husband, Jim, work alongside her dad and a number of employees that have been at The After for decades. “A few of my employees (Jay Hicks, Robin Wenzel and Joe Butrymowicz) have been with my dad since before me and they’re still here,” she says.

“Jay, Robin, Joey and Joey, Jr. – they’re all good. I appreciate all the help I’ve had,” says her father.

Rosalie Davis passed away two years ago this month, but her memory lives on. She and John were married for 62 years. “She did all my bookwork; she backed me up all the way,” says Davis. “She used to make my meatballs to take to the restaurant. She worked there with me a couple of weeks or a month or so (early on) and I said, ‘This isn’t going to work.’ We had three little children (Johnny, Danny, and Gina).” Johnny and Danny worked for a while at The After but left for other careers, but Gina, who has a dental hygienist background, came back to work at the restaurant. “She could be making big money. She said she wanted to come back to work for me and I said. ‘You’re crazy.’ She took it over from my son Danny. She’s the quiet one in the family. But she’s very good – she’s fantastic.”

“You have to have decent food,” Davis says when discussing The After menu, and he also emphasizes affordability. “I’ve always told people that if you keep your prices right, you’ll always be in business.”

Davis spotlights “The Big A Basket”, which is five different menu items under an individual letter in A.F.T.E.R. For example, the “A” is four pieces of honey dipped fried chicken with French fries and cole slaw for $10.95, the “F” shrimp with fries and slaw for $8.50. A ¼ pound burger, 5-ounce rib sandwich, and veal steak sandwich are the T. E. R. offerings. Davis also cites wraps, veal parmigiana, and the previously mentioned homemade meatballs. “They’re great,” says Davis. “I still have my mother’s recipe from back in the 50s.” And yes, soft and hard (30 different flavors of) ice cream is a huge favorite. The entire menu of breakfast, lunch, and dinner items can be viewed at www.theaftergrill.com.

“I love the restaurant business,” says Davis, who says The After has lasted for 50 years because of the food, but a lot has to do as well with the personalities that have worked there. “I always tell them (his workers) to be nice to the people. Always try to get people to smile, make them happy. It’s great to have good people working for you. I’ve been lucky that way.”

And that book? Davis says that if it details how he started his restaurant from day one, it would probably be a best seller. “I’ve had a lot of good things happen,” he says.