The Evolution of the One-Room Schoolhouse in Randolph 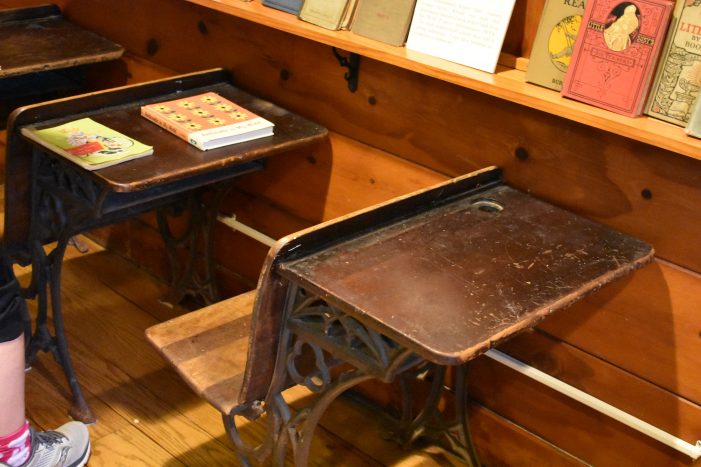 These well-worn desks testify to decades of use. (Photo Henry M. Holden) 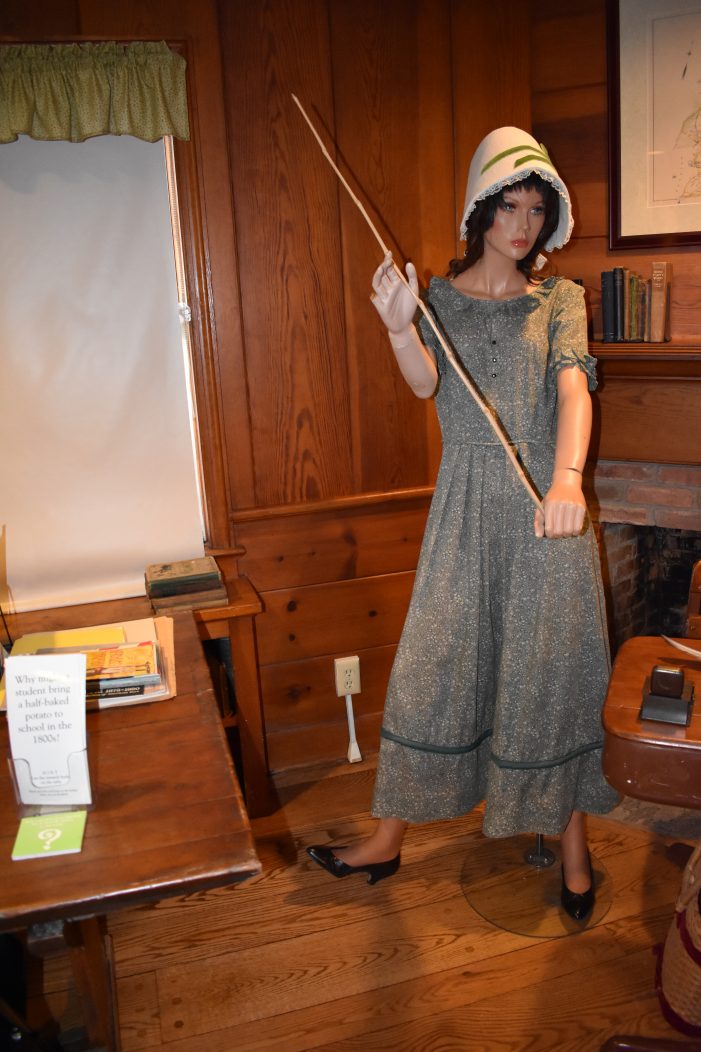 Corporal punishment was allowed if the teacher’s “switch” was no thicker than her thumb. (Photo Henry M Holden)

One-room schools sprang up in Randolph township as the population grew.  They generally housed grades 1-8. Parents wanted schools close to their homes so students could get to school and back easily. Most students walked. A few more fortunate rode horse-back or came in buggies.

For 25 years, between 1825 and 1850, there was a struggle in Morris County to get people to accept free schools. Before 1846, all schools were private. Although tuition was only 2 to 3 dollars per quarter, it naturally kept some children from getting an education. An Act passed in 1846 gave some state aid to school districts and empowered the districts to tax residents to pay for the schools. By 1852, all the schools in Morris County were free except for one in Dover.

The first school built in Randolph was the Quaker School in 1758, located next to the Friends Meeting House but it no longer exists. The school according to Sarah Miller, author of part of “A History of Randolph Township” had 40 to 50 students in one 18‘ x 20‘ room.

There were no frills in the one room school. All eight grades were in one room providing slates, slate pencils, portable blackboards, double screwed down desks and textbooks. The one classroom had no central heating, lighting, or running water. Outhouses were the norm since there was no indoor plumbing. Usually, if there were enough students, there was one outhouse for boys and a separate one for the girls.

The early school buildings were uncomplicated, simple inside and out. Reading, writing, math, and history were the subjects taught.

A small potbellied stove sat in the center of the room in the winter months.  Students too close to the stoves were often too hot, and those farther away were too cold.  On cold snowy days students would hang their wet mittens by the stove and when they were ready to go home, they would be dry.

There was more to do at school beside learn. The teacher oversaw assigning daily chores. The older boys usually carried in water and in the winter carried in wood for the stove.  The girls oversaw cleaning the boards, collecting homework, sweeping the floors, etc. Many of the older boys were needed to work on the farm in spring and fall months and were unable to attend classes and so, the chores were then the responsibility of the younger students.

Families were a big part of the classroom success. They donated books and necessary supplies.  They would come to hear the students recite poetry and essays. At Christmas, students performed a play that they rehearsed to perfection to entertain family and friends.

The libraries in these one-room schools were nothing more than a closet. Every Friday it was unlocked, and the children took turns selecting books to read.

Another one room schoolhouse called Mt. Freedom School was on Sussex Turnpike to the left of the Jewish Center. The building, with alterations, became a private home.

Schools progressed to two rooms. In 1814 Hercules Aber sold land to Isaac Blackford for the construction of a school on Old Brookside Road and housed Grades 1 – 8. This was the second public school in Randolph. It had a pot belly stove and had two classrooms, four grades on each side with sliding doors in between. These sliding doors would open for special programs. If you wanted to get a drink of water or go to the bathroom, you had to go outside. There was a boy’s outhouse and a girl’s outhouse and a pump to get water. It was later used as a travel agency and is now the home of an Eastern Rite church.

Another two-room schoolhouse existed on Brookside Road which was abandoned when the Consolidated School was built in 1938. It took many public meetings to persuade the parents of children going to school that a consolidated school system had more advantages than the current system

The Millbrook School on Millbrook Avenue at the bridge near Gristmill Road was built in 1884. After it was abandoned as a school, it became a private home until the township purchased the property as part of its open space program.

The large four-room school on the corner of Millbrook Avenue and Route 10 was built in 1924. There were two outhouses, one for boys and one for girls. Today it is occupied by business offices.

The Bowlbyville School was a four-room school, named after the Bowlby family of that eventually became Mine Hill.

In 1901, Randolph had 13 teachers who earned $200 per year. The teacher had to not only teach, but under a contract agreement had to care for the fire, sweep the floor, wash the blackboard, and paint the furniture.

The Crane Hill School was a two-room school on a large piece of property in the Crane Hill section of Randolph (later called Mt. Fern) located on Quaker Church Road west of Jennifern Avenue. They built a platform for performances by the children and for fashion shows put on by girls who made their clothing in home economics class. Each of the outhouses were four seaters. There was a pump outside for water and a kerosene stove over which hot chocolate was made in the cloak room.

As the Township grew, so did the schools. Ironia School opened in 1961, Fernbrook in 1965, and Shongum in 1969. The original high school became the Middle School when a new High School was built in 1975.