The Legend of the Wooden Fireman 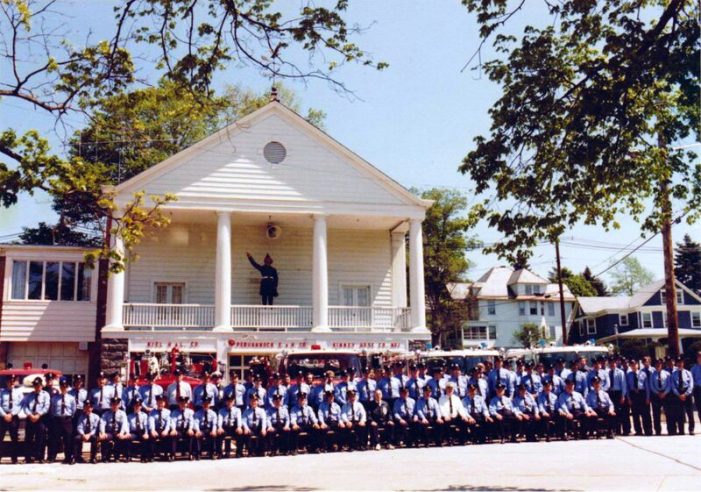 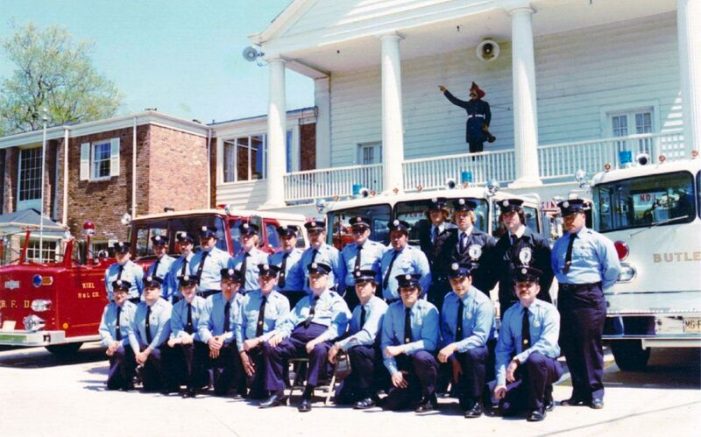 Courtesty of the Butler Museum 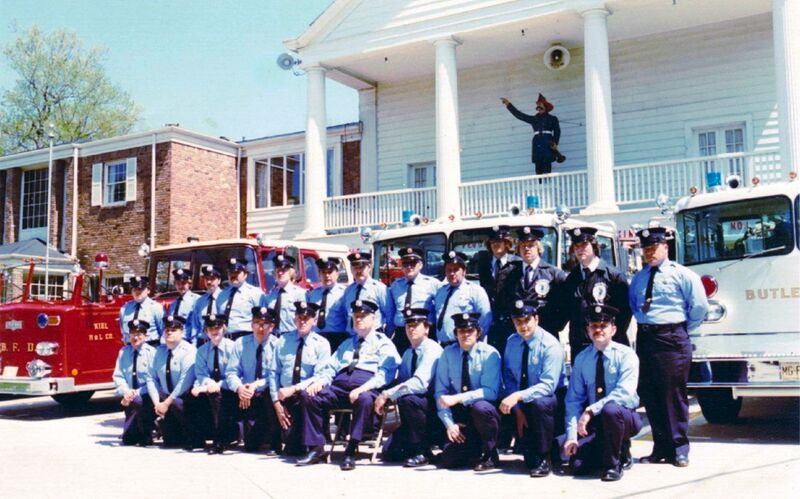 Take a walk down Carey Avenue in Butler and peek in the upper window of the fire station. A wooden fireman dressed in the garb of yesteryear with an impressive mustache and a hand pointed towards the future, with the other grasping his hose and ready for action, peers down at all passersby. Where did this figure come from and what is his significance?

Our story begins in Newark at the end of the 1800’s. The eight-foot tall wooden fireman was erected to stand guard at the top of the Fireman’s Insurance Company Building at Broad and Market streets, where he maintained his post for forty years. The building was torn down early in the new century and the Fireman was removed by Newark Salvage Corps on May 7, 1909. After removal our brave friend was up for grabs. The Butler Fire Department was interested, as was an outfit in Bloomfield. John Williams, a Butler volunteer fireman, was instrumental in obtaining this prize.

Butler was finally granted permission to relocate this iconic statue and two brave volunteers, Williams and John Spellman, traveled by horse and wagon to Newark to accomplish the task. Unfortunately, on the way home disaster struck. The Bloomfield Boys, who felt that they were more deserving of the prize, attempted to ambush the Butler volunteers and steal the statue. Butler foiled the plot and, after a skirmish, successfully delivered the statue home to the town where he has resided for over one-hundred years.

Unfortunately, during the relocation process our brave fireman lost his left leg. Some say it was during the company’s demolition, while others claim that he was amputated during the attempted robbery and the accompanying fracas. No witnesses are still with us to clarify the truth behind the missing limb and stories have circulated with both scenarios. All we are left with is speculation and conflicting reports.

What we do know is that a new leg was constructed and attached by August Mayer. Unfortunately, the leg that Mayer supplied was right, while the missing appendage was left. For a century our wooden friend has stood stoically on watch at the Butler Firehouse with two right legs. As the legend has it, this is one case where two rights made one wrong.