The Morris Canal, the First “Superhighway” in New Jersey 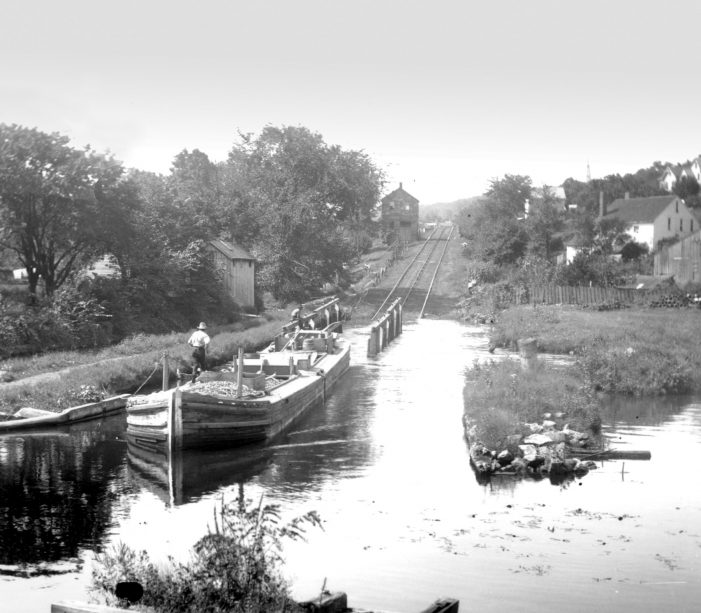 A boat leaves the cradle at Plane 6 East in Rockway. It was the first inclined plane constructed on the Morris Canal. The towpath can be seen on the left. (Credit Canal Society NJ) 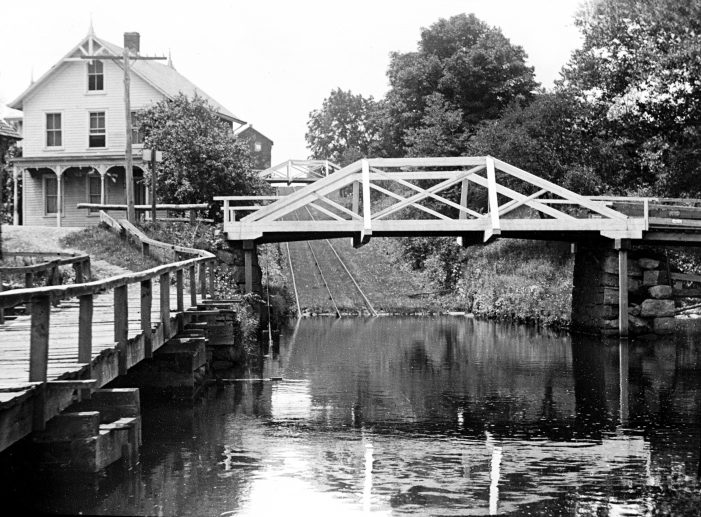 The year was 1821, and our country had twenty-four states, and perhaps its first environmental crisis. The Morris Canal was built primarily to move Pennsylvania coal to New Jersey, New York and other industrial cities that had nearly depleted their environments of wood.

The twenty-four states were also separated from each other because of poor roads which left much to be desired for hauling heavy products. Hauling by wagon was expensive and slow. Continued growth and prosperity required a more sustainable means of transporting goods. Commercial businesses moved at a mule-drawn pace in wagons over inferior roads.

Before the advent of freight railroads, New Jersey’s canal system provided the only necessary means of industrial transportation in the state.

The idea for constructing a canal is credited to Morristown businessman George P. MacCulloch, who reportedly conceived the idea while visiting Lake Hopatcong.

On December 31, 1824, the New Jersey Legislature chartered the Morris Canal and Banking Company. The company issued 20,000 shares of stock at $100 a share, providing $2 million of capital for building the canal.

The Morris Canal was 102-miles long and about 65 feet wide, and cut through six counties. “It was known as the “Mountain Climbing Canal,” said Martha Capwell-Fox, Historian and Archives for National Canal Museum. “It overcame an elevation change of 1,674 feet over the entire northern part of New Jersey using innovative inclined planes.”

The Canal ran from Phillipsburg to Jersey City. Its original power source was two mules, and travel time was five days, one way. The Canal was the “superhighway” of the early 1800’s.

On May 20, 1832, the canal officially opened. The first boat passing through the canal was the Walk-on-Water, followed by two coal-laden boats going from Phillipsburg to Newark. The canal was extended eastward to Jersey City 1836.

The canal boats carried coal, and iron ore. But the boats carried anything that had a market, sugar, ice and much more. Although it is said that the Morris Canal was mainly a freight canal, some boats offered passengers “Cool summer rides accompanied by a shipment of ice.”

The canal originally was built for boats of ten gross tons, but the canal was gradually widened, and larger boats could carry 70 tons.

Beginning in the 1840’s large amounts of New Jersey iron ore were shipped West on the Morris Canal to the anthracite iron furnaces of the Lehigh Valley. The canal allowed tons of coal to make the journey from Philipsburg, near the coalfields, to Newark,0r Jersey City in five days, an unheard-of accomplishment.

The Morris Canal encouraged little hamlets such as (Roxbury, Kenvil, Ledgewood and others), to grow along its route to service the crews and teams of mules that pulled the boats, particularly where there was an inclined plane which pulled the boats up the hills.

With its two navigable feeders, the ascent eastward from Phillipsburg to its feeder from Lake Hopatcong was 760 ft, and the descent from there to tidewater was 914 feet. Surmounting the height difference was considered a major engineering feat of its day, accomplished using 23 locks and 23 inclined planes — essentially, short railways that carried canal boats in open cars uphill and downhill using water-powered winches. Inclined planes required less time and water than locks, although they were more expensive to build and maintain.

Today, the Morris Canal Greenway, (the old towpath) is a partnership between local communities and the Canal Society of New Jersey, is repurposing the canal’s right-of-way as a public greenway, creating new opportunities for recreation, tourism, education and economic growth. It also seeks to preserve the surviving historic remains of the canal and interpret canal sites.

“The Morris Canal Greenway is a work in progress and some locations are not yet ready for visitors,” said Joe Macasek, president Canal Society of New Jersey. “But in the meantime, there are a few destinations we know you will enjoy. Boonton, Ledgewood and Wharton are drive-to destinations that are easy to find and have lots of great things to see.”

The canal was added to the National Register of Historic Places on October 1, 1974, for its significance in engineering, industry, and transportation.