The Story of Carmela Scarnato 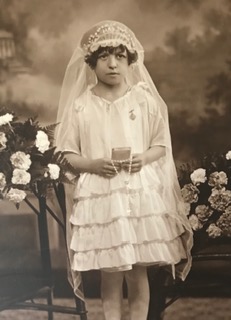 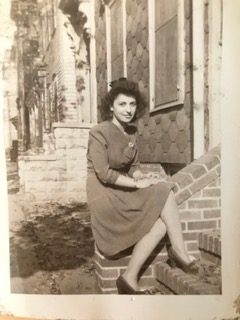 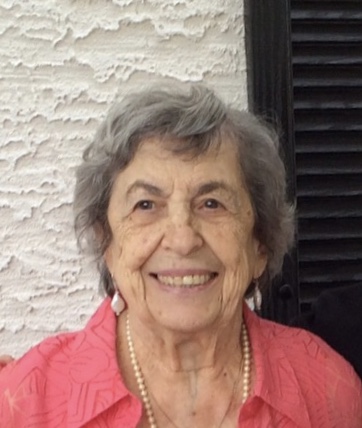 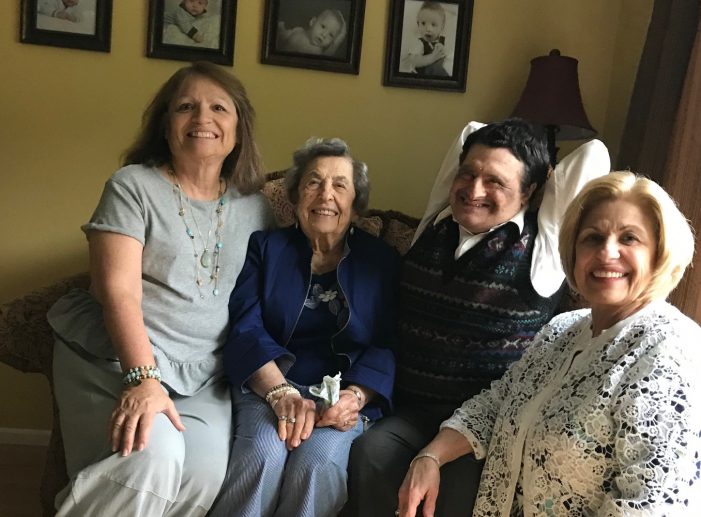 A woman of many names turns 100 in March, an achievement and milestone that causes most of us to pause and exclaim “wow!” For a company, 100 years is extraordinary. For a person, it’s legendary. But this particular woman is beyond legend. While she’s not an orator, political figure or anyone you would know, her story should be known and celebrated, and that’s not just because she’s my grandma.

It’s hard to imagine that someone could live most of her life and not know her real name, but this is the case with my grandmother. Growing up, Grandma was known as Millie. She was one of five children born to Giovanni and Giovanina Alati who immigrated to the United States from Calabria, Italy. Of three boys and three girls, Millie was the second oldest sister. She was known for her smile and laughter. Home was Essex County, New Jersey, specifically Newark and Irvington. For the better part of her life she never lived more than a few miles away from her siblings.

As she got older, Millie’s name became formalized to Mildred. This was the name on all mail she received, but when she reached social security age, she began to receive mail addressed to “Carmela.” After some research, she discovered that “Carmela” was the actual name on her birth certificate. For the better part of her life she had thought her name was Mildred, but apparently “Millie” was merely a shortened and Italian/English version of Carmela.

Her name, whether it be Millie or Carmela, isn’t the most interesting or unique part of her story. It’s the last 60 plus 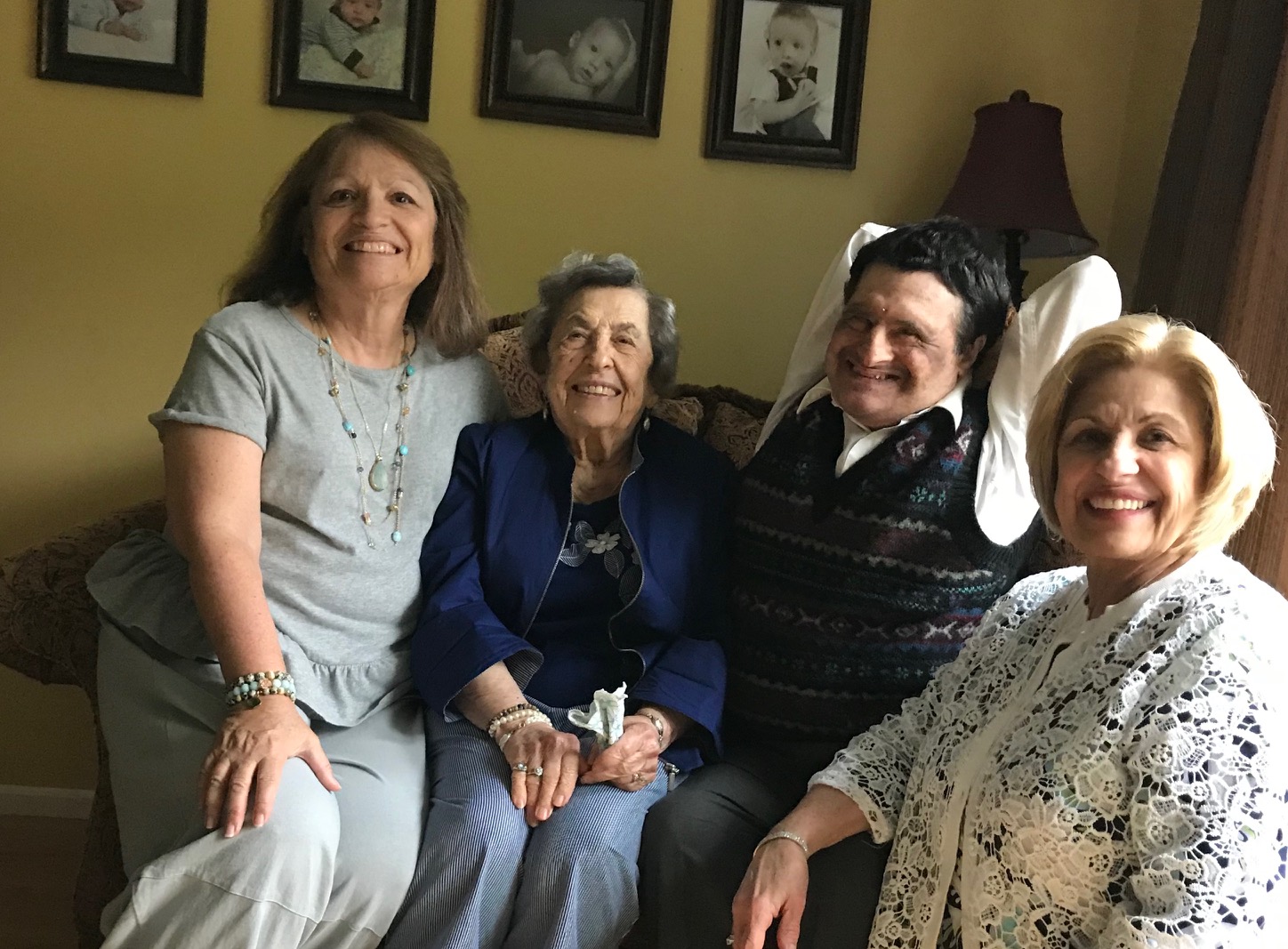 years that are truly unique. In her 20s, Carmela (Millie at the time) met a man and fell in love. They had two daughters, Jennifer and Linda, whom they raised in their multi-family home in Irvington, NJ.

When Carmela was 42, she discovered that she was pregnant again. Even at that time being pregnant in one’s 40s was considered high risk, but she didn’t think anything of it. On Sunday, September 2, 1962 she gave birth to her one and only son, Leonard, named after his father.

Leonard was born with Down Syndrome and severe mental handicaps. The family believe that these conditions resulted because of doctor negligence. Grandma didn’t know she was pregnant but knew she was having some health troubles. She went to see the doctor who told her her symptoms were due to menopause and gave her an x-ray and hemorrhoid surgery without ever checking to see if she was pregnant. Many of us would blame others in this type of situation, but that’s not who Carmela is.

Shocked at first by their newfound situation, Carmela and her family learned how to care for Leonard. With three children to care for, including a two-year-old son with a disability, Carmela’s life was challenging enough, but her situation became even more complicated when she learned that her husband was having an affair and planned to leave her for another woman. Today it’s not uncommon for people to discuss these types of family struggles openly, which allows others to rally around them, but this happened during the 1960s. Divorce was a social scarlet letter and not something anyone wanted to share with anyone.

Carmela’s husband wanted a divorce, but being a devout Catholic, she refused to sign the divorce papers. She wouldn’t change her name either and to this day she still uses her married name, Scarnato.

There was still more difficulty ahead for Carmela. Leonard proved not only to have Down syndrome, but also to have Autism.  As a child he was able to communicate some and respond, but after an eye surgery at three years old, Leonard lost the ability to speak and would only communicate with groaning or grunting sounds. He needed help in every aspect of life—bathing, feeding, getting dressed. And since he couldn’t communicate, there was no way to know if he was sick or hurt.

Carmela worked for decades in the Irvington public school cafeteria. She received what some might refer to as “child support” from her ex-husband. In the 60s, the money he sent, $55 a week, might have been a reasonable amount. But that amount never increased. Even at the turn of the century, she received only $55 a week from him. Carmela never asked for more.

Family remained an important aspect of their lives as the brothers and sisters Carmela lived close to became the parents of the cousins her children grew up with. Her daughters graduated from high school and college and both married. And since her daughters moved out of the house, Leonard was now her only companion. Now 53 years old, Carmela had to find an adult day care center where Len could go while she was at work, and her primary concern in life became making sure she was home when the bus would drop Leonard off from “the center.”

Carmela never learned to drive so she walked everywhere she could or relied on a daughter or girlfriend to give her a ride when she needed it. Weekly trips to go “food shopping,” clipping coupons and an occasional visit from her grandson were the highlights of her life. She continued to work well into her 60s, but her real job was taking care of Leonard.

As she approaches a century on God’s earth, Carmela Scarnato is still taking care of Leonard who is now 57. Leonard has lived longer than doctors said he would, and at 100 years, Carmela is older than she ever thought she would be. Len and Grandma have kept each other young.

My grandma is going to be 100, yet she still lives on her own. She resides on the second floor of a condo development in East Hanover, NJ where THERE IS NO ELEVATOR. She walks up a flight of 20 stairs better than most. At 99 years old, she finally accepted help in the form of aid workers coming to help with Leonard, but Carmela still oversees the daily aspects of his life. She’s still concerned that Leonard isn’t “bundled up” enough when it’s cold out and that he takes his shoes off when he comes in the door.

In the past few years, Leonard has had numerous health issues from hernias to skin conditions that have taken a toll on them both – but she still soldiers on. Her daughters and son-in-laws live nearby and take her and Leonard on their weekly doctors’ visits and “food shopping” runs. Her only grandson and his wife have four boys of their own and she loves to spoil her great-grandchildren with “treats.”

Carmela is the last of her siblings. She’s watched each of them pass away.

Reflecting on Carmela’s life as we approach her 100th birthday there are a few things that stand out. Her homemade ravioli. The infamous chocolate cake that was at every birthday party. Her homemade coconut Easter eggs. The fact that her home’s temperature is always set to 80 degrees no matter the season. The fact that she can’t ever throw anything away and that she refers to Jeopardy and Wheel of Fortune as her shows. And that she’s one of the easiest people to tease because she loves to laugh.

Everyone loves an underdog story. The overcomer is the character that is timeless and impossible not to love. While there are many who will achieve greater glory in the eyes of the world, Carmela Scarnato is the quiet, humble and most loving person I’ve known. She has sacrificed so much, but wants nothing in return, because for her, it wasn’t a sacrifice.

She has taken care of her son for half a century when other options were made available to her. She could have put him in a “home” where he could have received 24/7 care, but she wouldn’t have any of it. It doesn’t matter that she couldn’t travel like her friends and siblings, or that her entire life had to revolve around taking care of an adult child who in any “normal” circumstance would be able to do these things for himself. There was never any self pity. There was only unwavering love.

Here is a woman who is an example to any parent. In today’s “me” culture of self- fulfillment, I present a mother who cared not for herself, but only for others. Sacrifice was not a sacrifice. It was the greatest expression of love.

When my wife and I were expecting our first child we decided we would give the baby the middle name, Carmela, if it was a girl. We not only liked the name, but we also wanted to carry on the legacy of one of the most loving women this world has ever known. We ended up having a son. Then another. Then another. Then one more. While we were never able to officially pay tribute and homage through the naming of a child, this is one small way to memorialize her story to our four boys and others.

2 Responses to "The Story of Carmela Scarnato"