The Summer of 1969: Grilled Cheese and Chicken Noodle Soup 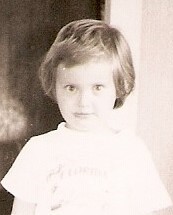 Our true-life story so far: It is now the sixteenth of July of 1969. I had attended my swimming lesson at the Paterson YMCA and hence had missed watching the launch of Apollo 11 on television. Upon arriving home, Mom and I found Aunt Helen and my sister Patti in the living room watching TV. They were both very excited about having watched the Apollo 11 send off. It is now high noon, lunch time.

I put the big Dutch oven pot, filled with chicken noodle soup onto the kitchen table. Mom carefully placed the grilled cheese sandwiches from the big frying pan to individual paper plates. Aunt Helen put the soup bowls on the table. My sister Patti finished setting the table with placing napkins and soup spoons for the four of us.

Aunt Helen, in her soft and gentle voice, said grace as the four of us sat around the kitchen table. A deeply religious woman, Aunt Helen was now 70 years old. She had been a widow since she was in her early 50’s. Her husband, Uncle Bill, drove a coal truck in Brooklyn. Aunt Helen was Mom’s first cousin. Since my mom’s mother was the youngest of 11 children and Mom was the youngest of nine children, Mom had many cousins who were old enough to be her mother.

From the time, I was about 11 years old, Aunt Helen lived with us. She was a kind woman, with a heart of gold. She loved to knit afghans, do cross-stitch work, and solve crossword puzzles. One of the qualities that I liked so much about Aunt Helen is that we both shared a love for the Andy Griffith Show.

“Oh, that Barney Fife, what’s he gonna get into now?” Aunt Helen would say as we often would watch the morning repeats of the show.

There at that kitchen table, Aunt Helen and my sister Patti gave a detailed description of the Apollo 11 send off that would have made Walter Cronkite green with envy.

“Then the flames shot out from the bottom of the big rocket ship. Then zoom, the rocket started to fly off in the sky. Smoke was all around the rocket,” Patti joyfully recounted.

A gentle, subtle sadness filled my heart. I had missed the chance to watch the Apollo 11 launch with my mom, my sister, and Aunt Helen. It was a sacrifice I had made on my path to earning the coveted Eagle Scout. Becoming an Eagle Scout was something that was near and dear to my heart. But still, I regretted having missed watching the live sendoff of Apollo 11.

As I ate my grilled cheese sandwich and sipped on the hot chicken noodle soup, I reflected on the work that lie ahead of me. I still had two more Sunday School classrooms to paint, on the first floor of Thorpe Hall. I had painted the large meeting hall, the kitchen, the staircase area, and most of the Sunday School classrooms already. I was painting the interior of the infamous Thorpe Hall for my Eagle Scout service project.

After lunch, I decided to take a walk down Mabey Lane. I needed to do some thinking and walking down Mabey Lane would often clear my mind. The bordering forest, at the lower end of Mabey Lane always provided a solace, a comfort, a place of inward inspiration to me.