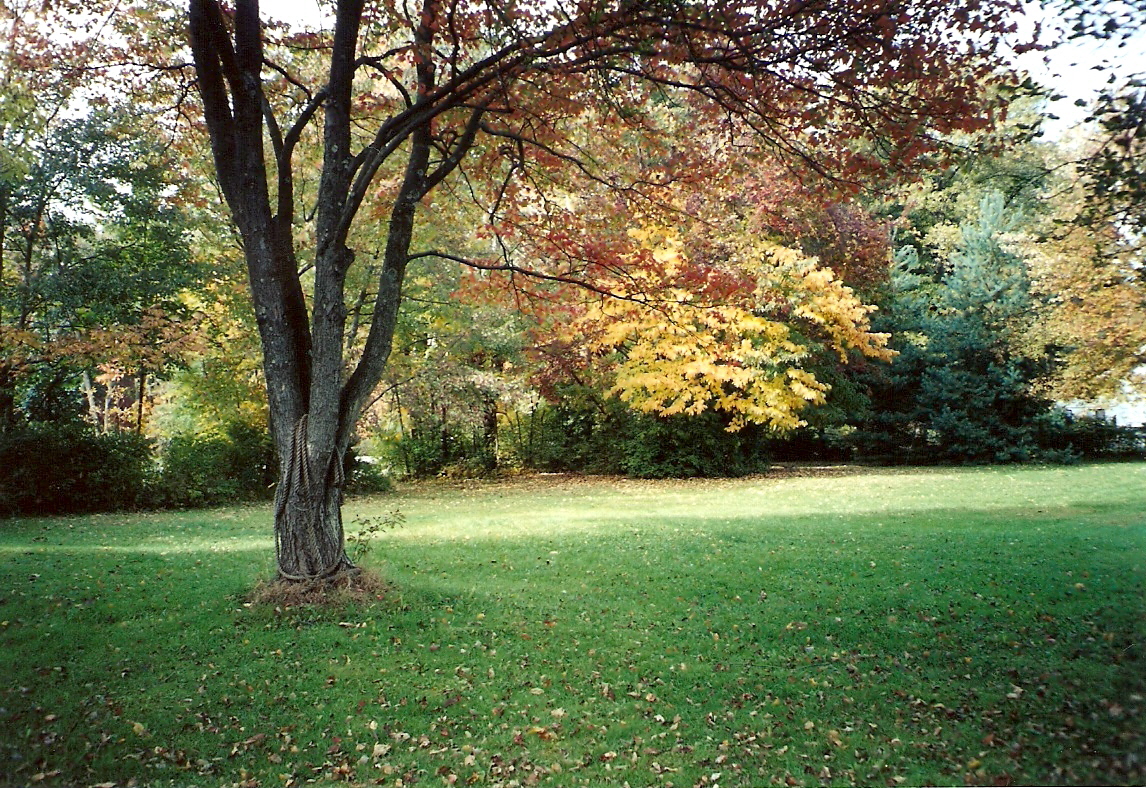 The core truth of “The Summer of 1969” is referenced by the day to day journal that I wrote when I was 15 years old, that very summer. My old diary was one of those hard cover book formats that they sold in the old Woolworth’s. My mom had given me the diary for Christmas. By the grace of the good Lord, I did save my old diaries. I thought a lot about it and decided, from here on in, to be even more true to the format of my old hand-written diary.

I am sitting here, beneath the old apple tree that looks out to Earl’s Meadow. It is early morning. Dad just left for work. I had breakfast with my father. We both had a bowl of cereal and a glass of orange juice. Dad had a cup of coffee and I had a cup to tea. We listened to the radio, WOR-710 AM, as we ate breakfast.

Dad asked me how I was doing with my swimming lessons. I told him that I was doing okay. I wanted to tell him about Lisa Ann, how wonderful she is and what a great teacher she is. But I felt kind of shy talking about Lisa Ann with my dad.

This past Wednesday, I asked Lisa Ann to the church youth group’s ice cream social. She turned me down. I was so very sad when she told me that she liked me as her swimming student, but that she was a lot older than me. But Lisa Ann did tell me that if I were a few years older that she just might think about going to that ice cream social with me.

I did go to the ice cream social Saturday night, after I finished my swimming lesson with Lisa Ann. I saw Mary Tafano at the ice cream social. She looked really cute. They had the round tables set up in the all-purpose room. The chairs were set up so that six people could sit at each table.

Billy Maguire came to the ice cream social. He just graduated from Boonton High and he was on the football team. He thinks he’s really hot stuff. He sat next to Mary Tafano and bragged about what a great football player he is and that he’s getting a football scholarship to Rutgers. When Tommy Lacosta came around to take pictures of all of us, Billy put his arm around Mary, acting like she was his girlfriend. I really can’t stand that Billy Maguire.

I did get to talk to Mary though, in the line to put the sprinkles on our ice cream sundaes. I get all tongue tied when I talk to Mary. I like her a lot, but she is so cute and popular, and I just think that she’s way out of my league.

As we were all sitting around, eating our ice cream sundaes, Stevie Mason sat by me. He did that dumb trick where he puts two straws in his nose. He’s been doing that since third grade. A few of the kids told Stevie that it’s time for him to grow up.

I like Mary a lot. She is so cute. But then I like Lisa Ann a lot too. But neither of them likes me. Well, I know they like me, but not to go to the State Theater to see a movie with me on a Saturday afternoon.

Oh well, I got to get going to walk down to Thorpe Hall and work on painting the Sunday School classrooms for my Eagle Scout project. Maybe I’ll stop off at Moe’s Sweet Shop around lunch time. Maybe I’ll see Mary Tafano there.