Thoughts and Reflections: Write Every Day 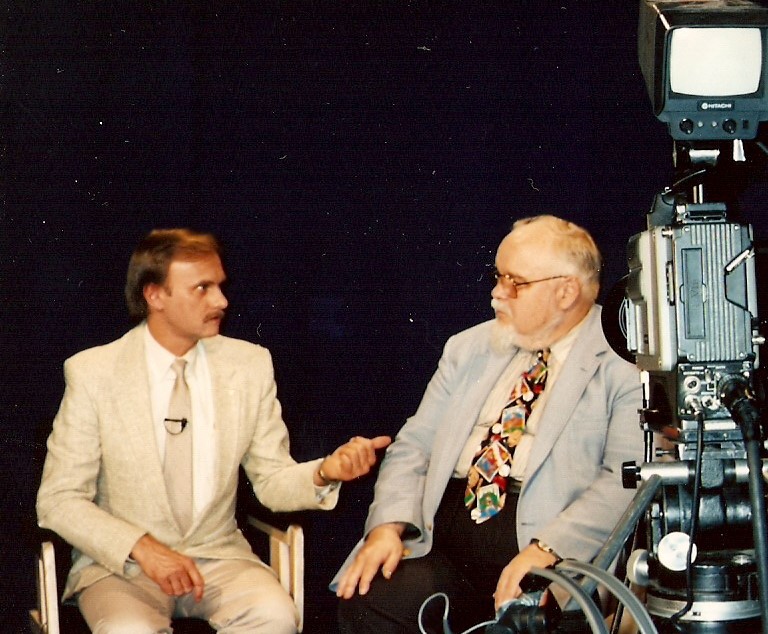 From September of 1993 till September of 1998, I had the high honor to host a weekly half-hour television talk show that was aired on the Cable Television Network of New Jersey. The show was filmed at the television studio at County College of Morris. Of the hundreds of guests that I had on the show, over the years, the late author, Ike Kuhns, comes to mind as being one of the guests to whom I learned so much from, in just a half-hour’s time.

Ike Kuhns went Home to be with the Lord in 2012. He was a good friend and fellow church member at the First Reformed Church in Lincoln Park. Ike and I both loved to write. We both loved to collect the old Classics Illustrated comic books. Although he is mostly known for being a sports writer for a large New Jersey daily newspaper, Ike did enjoy writing beyond the sports page.

Ike was a wonderful mentor to me. He encouraged me to grow as a writer. He even attended two of my plays that I was very blessed to have produced. So, it was a great honor for me to have Ike as a guest on my television talk show.

I don’t think that it was five minutes into the show that I became totally engrossed in what Ike was saying. One of my first questions to Ike was to ask him what advice he could give to aspiring writers. The crux of his answer could be put into three words, “write every day.”

That half-hour seemed like five minutes. Ike brought home to me, the reminder that it takes bulldog tenacity that it takes to be a writer. That a person can never give up. That rejection slips are simply the rungs of the ladder in the climb to become a successful writer. I hope that the people who watched this episode of my old television talk show got something from it.

I miss Ike. After moving from Lincoln Park, I would write Ike or call him, from time to time. In practically every email or phone call, Ike would say to me, “remember ya’ gotta write every day.”

No matter what field of endeavor that a person wishes to excel in, there are no easy paths. It all boils down to one thing, hard work. No matter what field a person wants to excel in, it just takes hard, hard work. And, it requires focused dedication. Whenever I am feeling a bit down, and want to take a break from writing, even for a day or two, I can hear the haunting echo of Ike Kuhns telling me, “ya’ gotta write every day!”