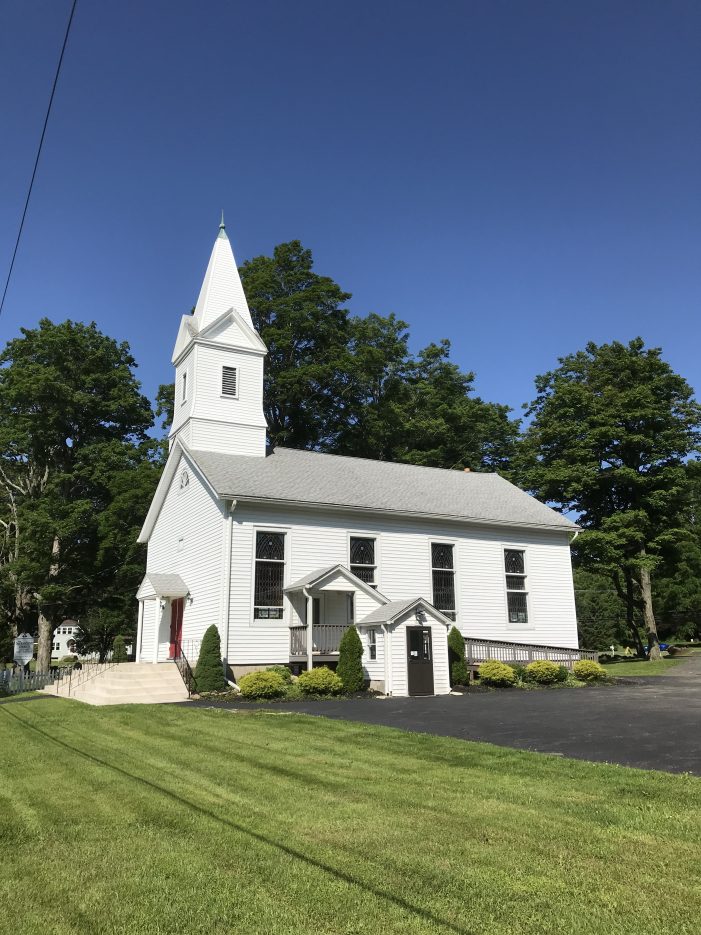 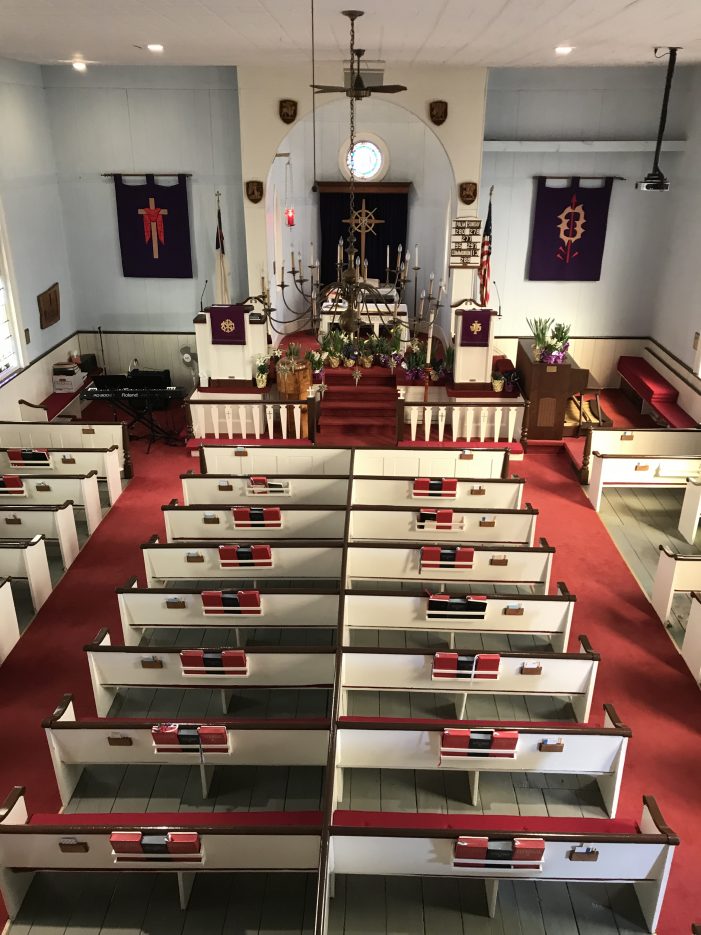 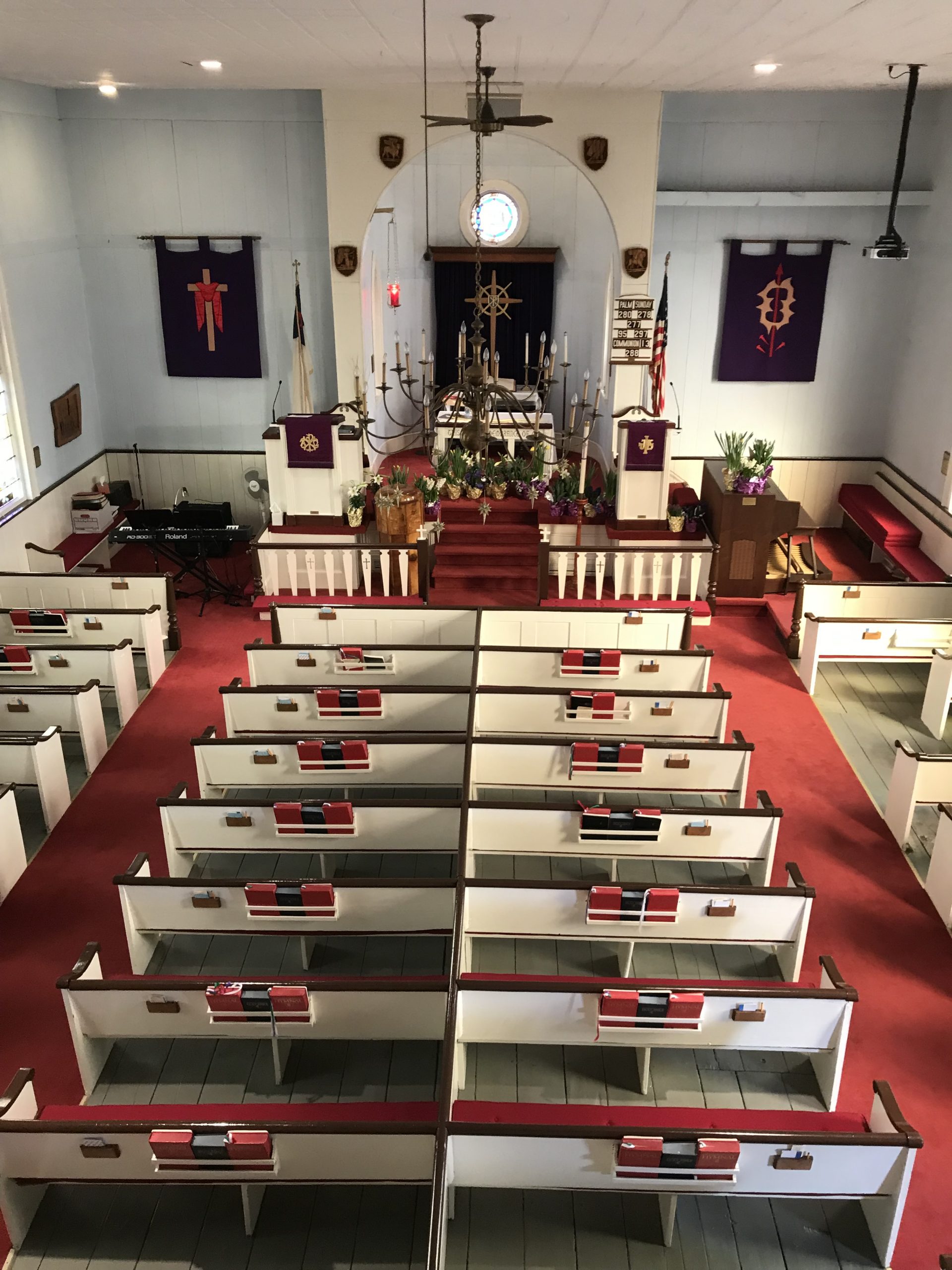 When asked where the Drakestown United Methodist Church is, some people will say Mt. Olive.  They may even point to a Morris County Heritage Commission marker near the church.   Others will say that the church is part of Long Valley in Washington Township.  Looking at the church’s website, its address says it is in Hackettstown.   How can three towns claim one church?  The answer is one that takes in history and convenience.

The church’s pastor, Rev. John Callanan, noted that there was a “large Methodist expansion in New Jersey after the close of the Revolutionary War”. Between 1800 – 1825, 38 different congregations were founded due to the efforts of circuit riders.  Circuit riders were pastors on horseback, many of them laity, which visited groups of people who met together for spiritual support. In those days, there weren’t many physical churches.  A group of family and friends met together in what was called a class meeting.  When the group grew large enough, it was considered a society.  The circuit riders had a regular route of groups to visit and deliver a service to, but it would take a while for a circuit rider to finish his route and then start again.   According to “The Hard Road of a Methodist Circuit Rider”, one route might be 200- 500 miles.

In 1811, the then Drakestown Methodist Church was founded.  Again, it wasn’t a physical building, but a group of people.  The name of the church came from the town where the people were located.  The first two circuit riders to pastor the church were David Bartine and Manning Force.  The latter’s family was involved in the church.  Callanan noted that Bartine and the other early pastors preached at a school which is located in present day Mt. Olive.  That is why some people may think the church is part of Mt. Olive, because of those roots.

Over time, the area known as Drakestown, wasn’t a town anymore, but became part of two townships:  Mt. Olive and Washington.  The church is on the Washington Township side.  However, a Morris County Heritage Commission Marker can be found near it.  The story behind that is one of convenience and safety.   The Mt. Olive township historian, Thea Dunkle, shared the story.

Drakestown church was because it was the most accessible to be able to stop and read the marker.  The other sites were directly on the main road and would be hard for someone to pull over and read the marker.  The Washington Township Historical Society and the Mt. Olive Township Historical Society worked together to place the one marker.  We had a small dedication ceremony with refreshment in the Friendship Hall afterwards.”

Reflecting on his church, Callanan noted that it reaches out beyond the local area and so can be claimed by those in many locations.  The congregation comes from Hackettstown, Budd Lake, Long Valley, Stanhope and Byram.  The church’s outreaches, which include a food pantry and being a meeting place for Alcoholics Anonymous and Overeaters Anonymous, touches people beyond the local vicinity.