Two-time cancer survivor doing it her way with raw resilience 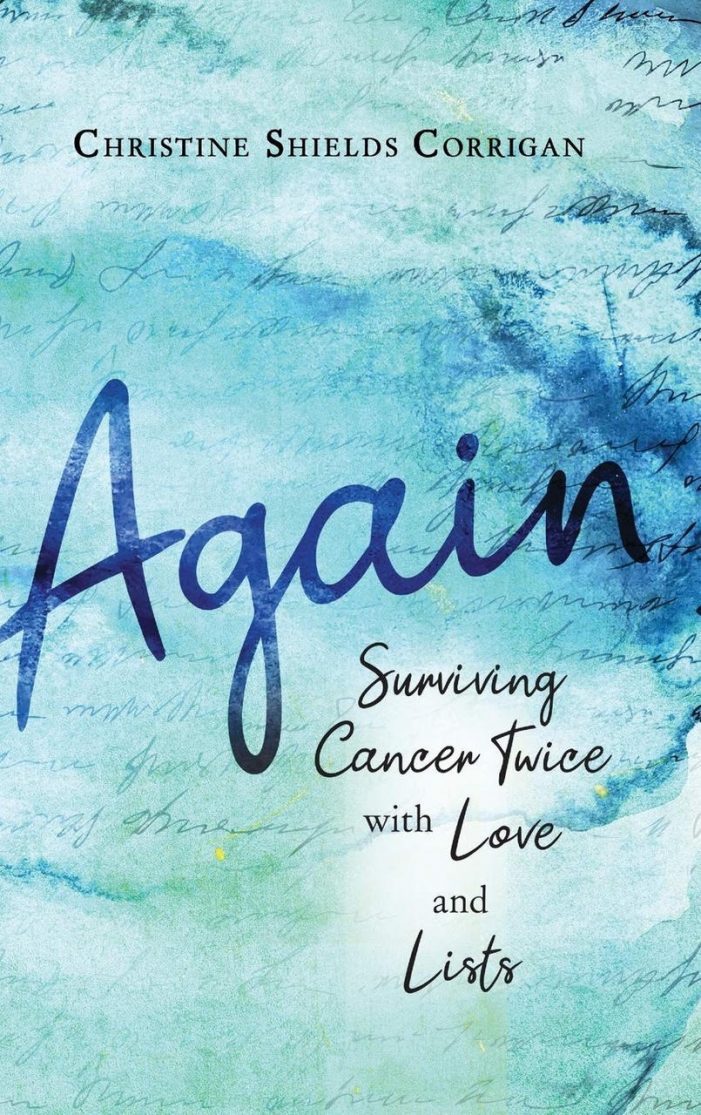 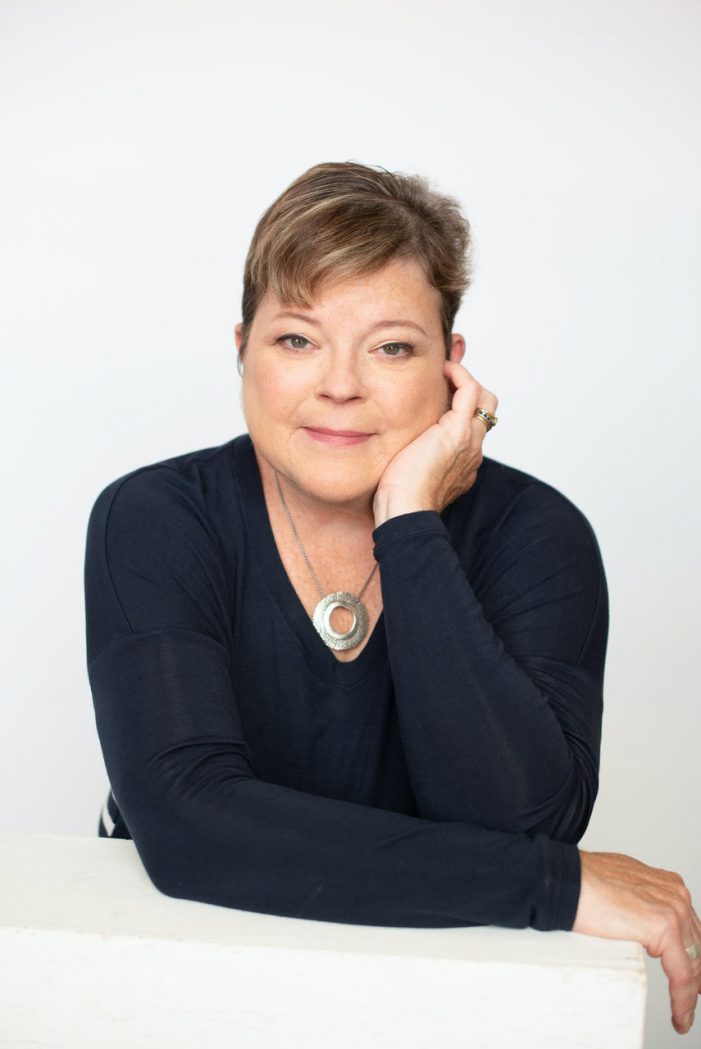 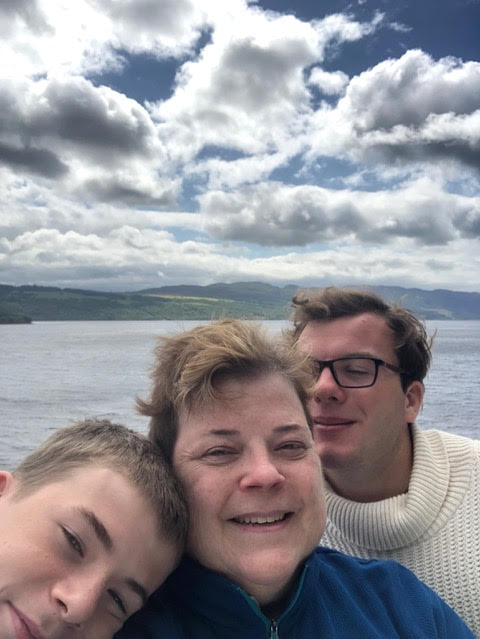 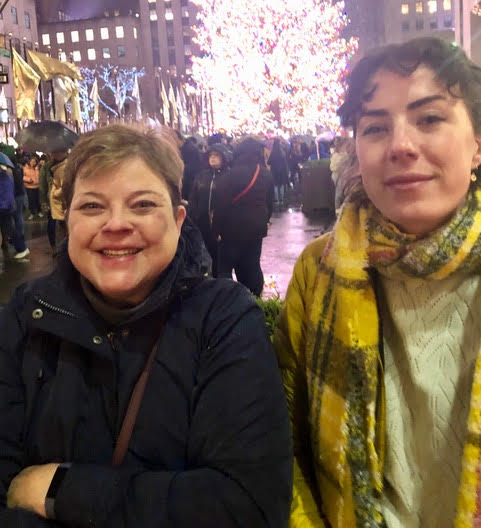 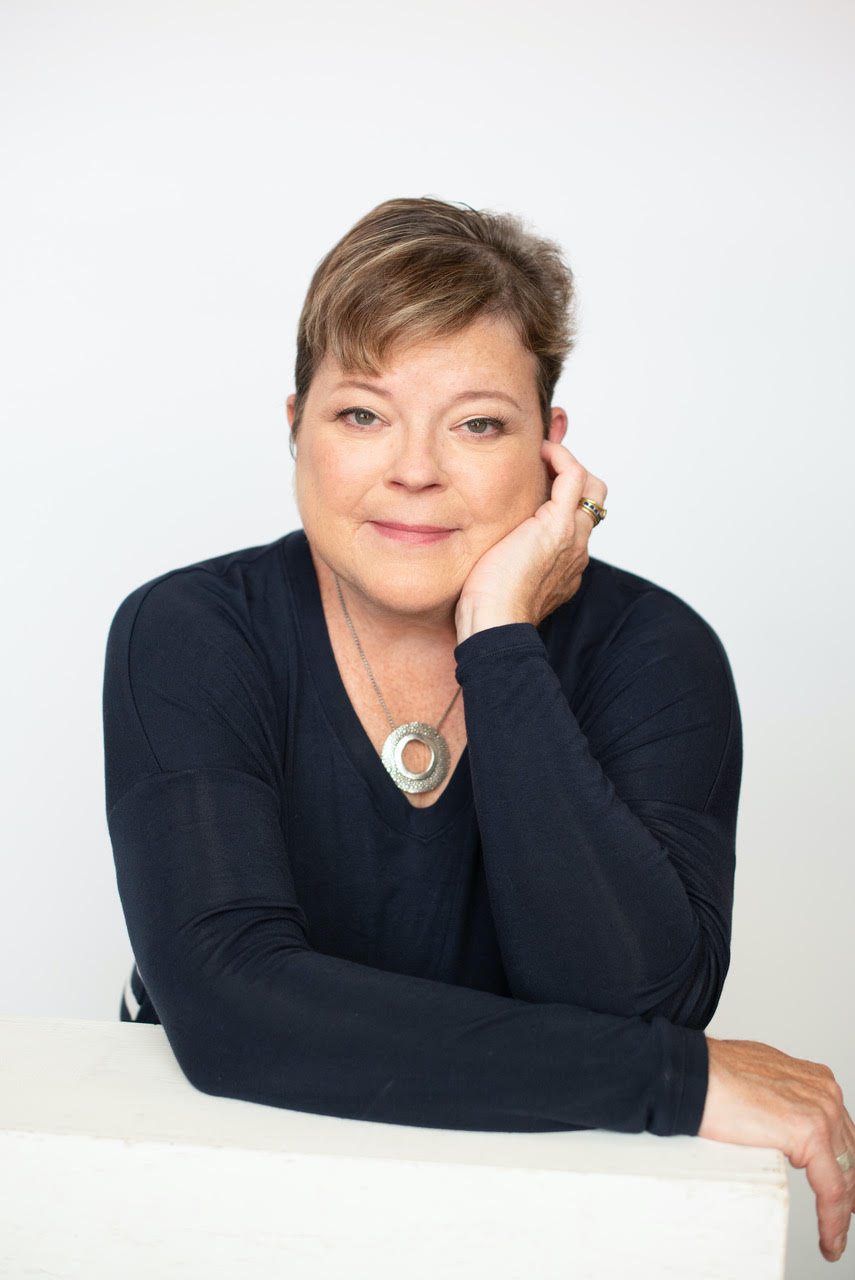 Staring down breast cancer as an adult was not the same as her teen bout with Hodgkin’s lymphoma because now Christine Shields Corrigan has the advantage of tackling the diagnosis on her own terms.

In her new book, “Again: Surviving Cancer Twice with Love and Lists,” the former attorney and legal writer tries to normalize her own family life with her husband and kids, while feeling echoes of her deeply ingrained upbringing.

Shields Corrigan says her parents were very protective and in her mother’s family there was a culture of don’t tell the kids anything  — it’ll get them upset.

“Then when it was over, it was over and nobody talked about it,” says the author of her early cancer.

This time around it was an early evening in March 2016 when the former attorney was wrapped up in what her older son wanted for his 15th birthday dinner the next day.

Then her breast surgeon called and said those dreaded words…

Her visceral reaction was that she was ‘doomed.’

“All of life’s ordinary was right there with me in the kitchen and I knew in that moment my world shifted and I would never have that again,” says Shields Corrigan.

It all started with a routine mammogram and ultrasound.

“Sitting in the exam room waiting for the techs to walk in with the reminder card for me to fill out for next year,” she says. “Instead the door opened and a woman in a white coat walked in and my stomach fell out.”

The author had a gray cyst they said looked ‘junky.’

“Of course I immediately asked if it could be breast cancer and she said, ‘I don’t know, that’s why you have to have it biopsied, but most of the time these things are benign,’” Shields Corrigan says the doc told her.

The biopsy revealed triple positive breast cancer, which meant she had to go through six cycles of targeted anti-HER2 chemotherapy from March until July.

“It was a stage-one tumor,” the author says. “It wasn’t even palpable when I did my monthly self exam but it was an aggressive cancer.”

Her oncologist is very conservative.

“Very aggressive with treatment and very conservative in making determinations about causation,” says the former

attorney, adding that her childhood lymphoma certainly put her at greater risk of developing a secondary cancer.

A month after completing chemo she was very adamant about having a bilateral mastectomy.

“I was like ‘look, I had cancer now twice; I’m not putting my family through this a third time,’” Shields Corrigan says of the surgery, which she followed up with implant reconstruction.

“There’s certainly an aspect of grieving because there is a loss. I felt like I lost a big sense of who I was as a woman,” says the author.

“I had been going to a breast cancer support group run by my surgical nurse navigator and at the end of one of the meetings she asked me if I wouldn’t mind putting together a list of tips and tricks,” Shields Corrigan says.

She told the nurse she would be happy to but in hindsight didn’t know what she was getting herself into.

“In a very uncharacteristic move I chose to ignore the request for a couple of months,” says the former attorney. “And then my guilt caught up with me and I was like I really need to sit down and write that list.”

The nurse loved it and wanted to share it with her patients. She also felt Shields Corrigan should publish, ’What I know now’ — a collection of 10 interwoven essays about her breast cancer experience.

“And I was like, ‘that is so cute but this is not something that can be published,’” the former attorney told her.

According to the author, that was the genesis of the book but she didn’t have any training in creative writing or writing outside of law.  So she tackled it the way she would a legal case — with research. That meant taking classes in New York City, attending author talks, writing seminars and conferences.

“I read a ton of memoirs; joined a writing group and that gave me the structure and accountability to write the book,” says Shields Corrigan. “This time last year I was working on writing a book proposal to find a publisher, had my marketing plan ready to go, querying agents and then COVID happened.”

The author says she was looking for small, independent publishers who would be willing to take a chance on her. She had three acceptances of the manuscript and went with Koehler Books.

And the former attorney was excited to put it out there because this is the type of cancer book she needed.

“I wanted the grit of somebody’s experience to help guide me through my own as an ordinary mom with teenage kids and I searched high and low for that book let me tell you.”

She also wrote the book to help other women, families and caregivers.

“They will find the strength and courage to walk a path they never asked to be put on and that they’re not alone,” says the author.

The book not only tells Shields Corrigan’s story but interspersed throughout is the ‘practical reality’ list of information she learned along the way.

“I am happy that Koehler thinks it’s going to work and it’s going to be released on October 24,” she says. “It’s available now for pre-order on Amazon and on my website, christineshieldscorrigan.com as well.”

It was very cathartic to write the book, according to the author, who says she knew she had to tell both stories.

“Because when I went through this experience as a teenager Hodgkin’s lymphoma was called Hodgkin’s disease, so I don’t think when I was 14/15 years old I even understood that I had cancer,” she says.

She walked this journey with more transparency and graced with wonderful people who supported her through the whole process.

“I’ve learned to live with the uncertainty, try everyday to let go of the things I can’t control — and just be at peace with that,” Shields Corrigan says.