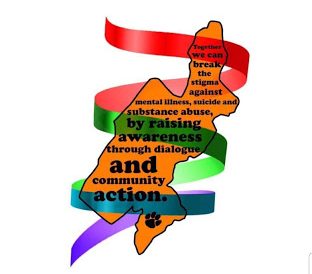 Social Stigma is a silent corrosive element of discrimination. In the general context of substance dependency, it attributes a negative perception and association between an individual person or a group who have in common the ailment of fighting addiction. This mainly means that the users are immediately and very easily labeled, stereotyped, even discriminated against and treated disparagingly, which will without exception negatively affect those living with substance dependency, along with their families, friends and the communities they are inserted in. The lack of information and overall misperception of the phenomenon of substance use, has created a social stigma made “normal, understandable, even acceptable” some discriminatory actions against not only the users but those perceived to be in contact with and in “support of their behavior”!

Why is there so much Stigma then, one might ask? Well, chances are that instead of a mental or a physical condition (ailment), the use of substances is easily criminalized due to the too many unknowns. Society in general is afraid of the unknowns, and “them” are more vulnerable and easier to be associated with that fear. The lack of knowledge inevitably causes confusion and anxiety factors fueling harmful stereotypes.

It is thus easier to understand how socialization can be undermined, and the much needed social cohesion, a condition “sine qua non” of human existence can be seriously and negatively impacted by isolating those suffering from addiction in groups ( as if in a class of their own) where their condition is more likely than not to worsen and even spread. The result? Severe agglutinated health issues, and a bigger challenge in trying to control the dependency. This Stigma always carries the dire consequence of having the people conscious of the fact that they need help, to hide their dependency simply to avoid discrimination. Not seeking help immediately under these circumstances, will seriously hinder their chances for recovery.

How then does society address this problem?

Clearly the evidence shows how Stigma around these issues hamper the response. Evidence also shows that building trust and confidence in reliable health services and advice is what works more effectively. Displaying empathy with those affected, understanding the phenomenon of substance use itself, and above all adopting effective practical measures so the users and their loved ones can be kept safe are keys on the road to recovery. How we communicate about this issue is critical in the much needed support, so effective action can be taken to avoid fueling fear and stigma. In very basic terms, an environment needs to be created, in which the phenomenon of substance use and dependency can be openly, honestly and effectively be discussed and addressed.

So let us remember that WORDS do matter. Certain words and language may have a negative meaning for people and may fuel stigmatizing attitudes. They can be factors in perpetuating existing negative stereotypes, generate assumptions and reinforce false associations between the dependency and other factors (even completely non related), create widespread fears, and thus contribute to the dehumanization of those who have the dependency. Using criminalizing or dehumanizing terminology, will create the impression that those living with the addiction have somehow chosen their own fate and are paying for their own mistakes. They have done something wrong or criminal and are less human than the rest of us law abiding members of society. These concepts will only be feeding instruments of stigma which undermine the much needed empathy and will potentially fuel a wider reluctance to seek treatment, and initiate the necessary steps towards freedom from addiction. Recovery, sobriety can be a very long and arduous journey, but it is possible. Knowledge over ignorance becomes a crucial ingredient for a society that more than ever needs to be analyzed based on the way it treats the most affected among us. The most vulnerable, the most disenfranchised.