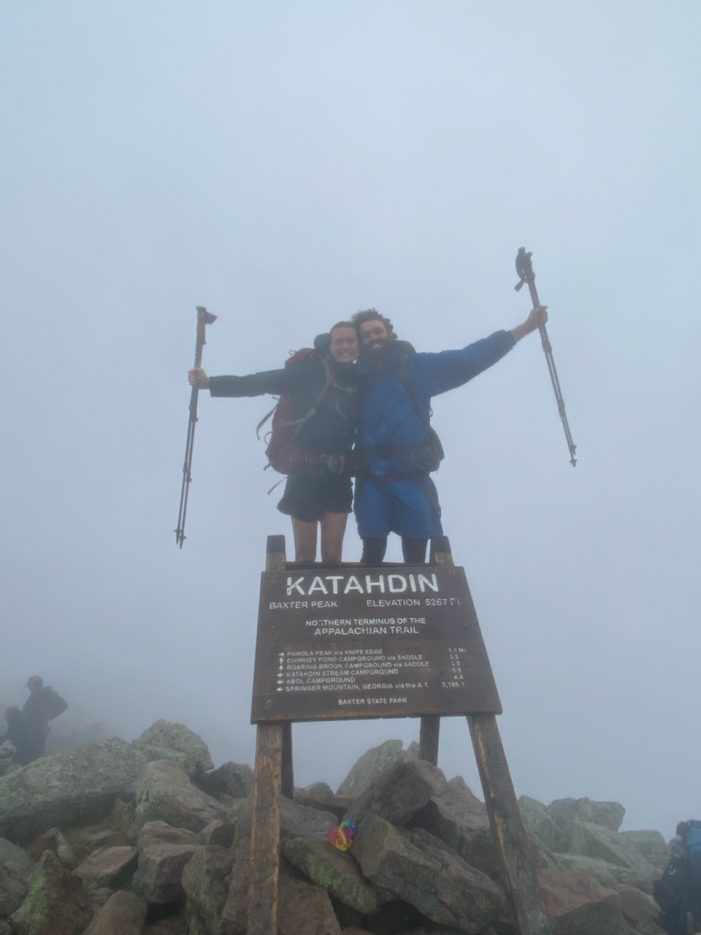 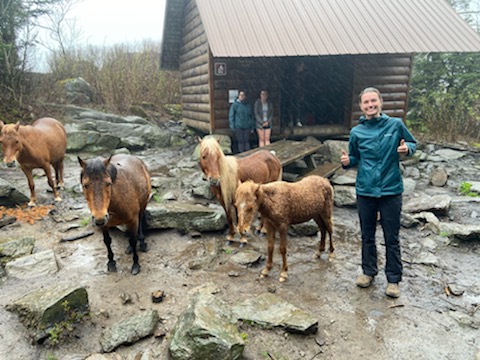 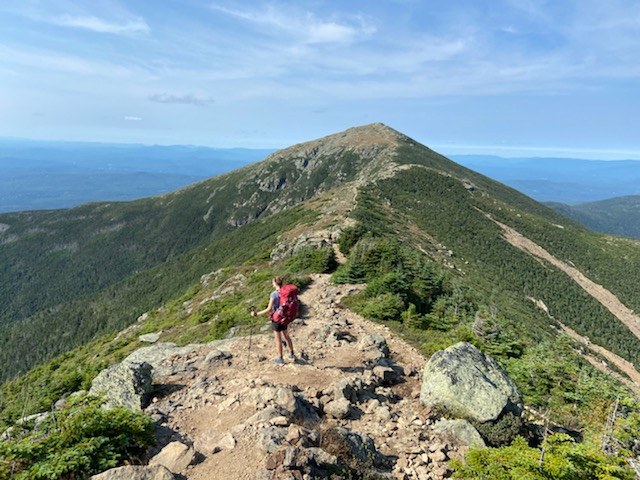 She started walking the 2,200-mile Appalachian Trail – which starts at Georgia’s Spring Mountain and ends at Maine’s Mount Katahdin – at age 24, and completed it at age 25.

Bitcon explains. “I had a birthday on the trail,” she says. “It was at the end of August. We were in New Hampshire, and it lined up really well where we were going to hike Franconia Notch that day. It’s a really scenic part of the trail that a lot of hikers go to. It was just absolutely beautiful. We had such a clear day.”

Bitcon walked the trail with her boyfriend, Nick Ryan (“It was such a huge partnership,” she says), beginning on March 28 and finishing on September 23. “Nick’s brother had done it,” Bitcon says, “and it was a really positive experience for him. I had never considered doing it. Once he did it, then Nick actually came up with the idea. He’s like, ‘Hey, would you want to do this?’ It was the first time I had considered doing it for myself, because you drive – especially in the North Jersey area – and there’s the rolling, foresty hills, and then look at it and think, ‘I just wonder what it looks like in there?’”

The initial part of the couple’s endeavor was facing the elements. “In the beginning, it’s very difficult,” Bitcon remembers. “I didn’t really get used to it for probably about a month. It’s March, it’s cold, it would get very cold, and then it would rain. It was very stressful when it would rain. We’d get soaked, and we weren’t used to how to keep our things dry – like our sleeping bags. And if the temperature gets below freezing in the evening, that can be dangerous. That was very stressful, and we finally got the hang of it.”

A “walk” on the Appalachian Trail is also a “climb.” “Oh, my goodness, yeah,” Bitcon says. “It’s very hilly,

especially in the beginning, which is a rude awakening when you’re just getting used to it. Not much of it is flat, it’s very challenging. There’s rock scrambling on different parts, where you’re literally climbing with your backpack on boulders. And there’s this famous section called Mahoosuc Notch, which is the hardest mile on the Appalachian Trail. It took us just under two hours to do that. There were times where I had to take off my backpack and crawl through stuff and then try to shove my backpack through the hole and then pull it out the other side.”

Indeed, there were the challenging portions of the trail for the duo, but then there were the favorite sections. “The White Mountains were really beautiful in New Hampshire,” Bitcon recalls. “The Roan Highlands in Tennessee, and Franconia Notch, were absolutely amazing. And Grayson Highlands (State Park) in Virginia, you get to see these wild ponies that walk around, and they’re used to hikers giving them apples and things, so they just come right up to you and lick your legs and all that. It’s really funny.”

And Bitcon would eventually discover the inside of those “rolling, foresty” Garden State hills she previously mentioned. “Crossing into New Jersey was definitely exciting since I’m from here. I joked that I had flown from Jersey to Georgia just so I could walk back,” she adds with a laugh.

She and Ryan thought about quitting several times, but didn’t. When they reached Maine’s Mount Katahdin and the terminus of their walk, it was emotional and uplifting. “For me personally, I just felt so empowered and accomplished. I felt like I could do anything,” Bitcon says, while also mentioning that she and her boyfriend headed afterwards to a nearby McDonald’s for a celebratory Big Mac. “On the trail, you get pretty hungry,” she says with a laugh. “It’s about the journey, and getting to Katahdin was absolutely amazing. To actually finish the whole thing was just great.”

Next up for the couple is a goal to run the New York City Marathon, and also to walk the 486-mile Colorado Trail.