What do the TV Show Dallas and Totowa Have in Common? 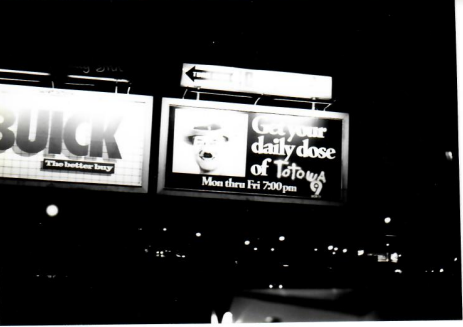 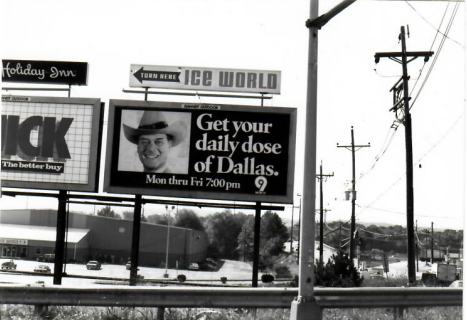 For fourteen (1978-1991) seasons, Americans fell in love the with the popular t.v. “Dallas” in which J.R. Ewing, a Texas oil baron, uses manipulation and blackmail to achieve his ambitions, both business and personal. He often comes into conflict with his brother Bobby, his arch-enemy Cliff Barnes and his long-suffering wife Sue Ellen. Toward the end of the run, Totowa got treated to a large billboard near “Ice World” at the intersection of Union and Lackawanna of J.R. Ewing with a “Get Your Daily Dose of Dallas” (HERE SHOW THE FIRST DAYTIME PICTURE _ NICK). The creative youth of Totowa must have believed the billboard needed a little local editing, climbed up on the sign with a can of black spray paint and came up with “Get Your Daily Dose of Totowa” (SHOW SECOND PHOTO BELOW, NICK)