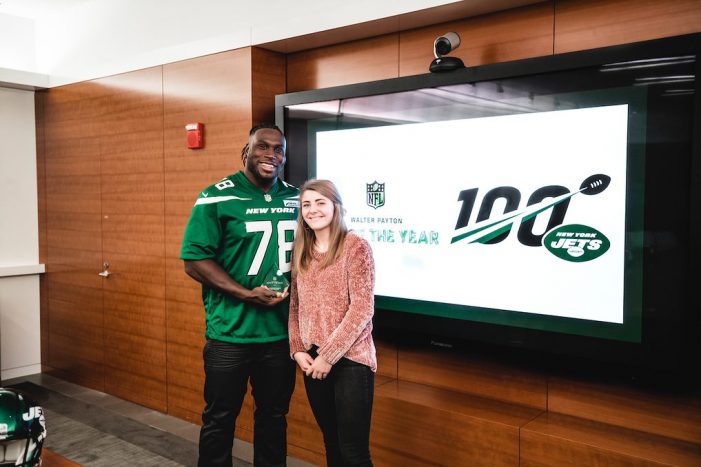 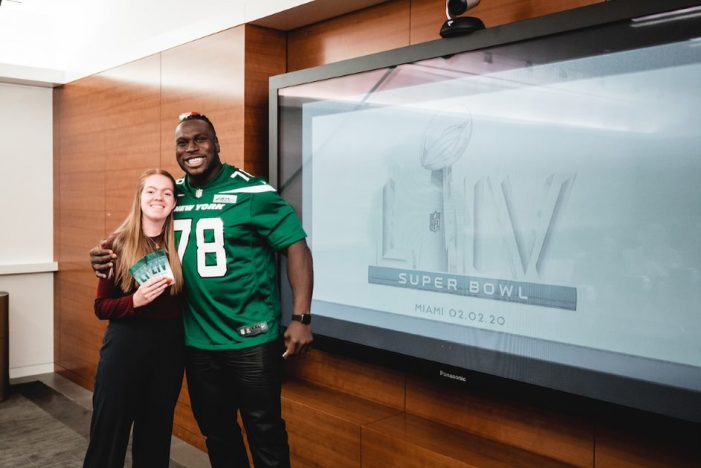 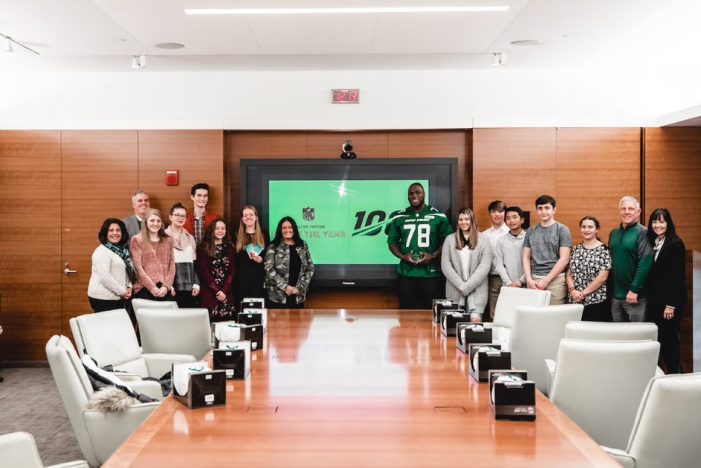 As part of the celebration of the NFL’s 100th season, Huddle for 100 looks to inspire 1 million people to volunteer 100 minutes of their time to make meaningful contributions to their communities — with the goal being 100 million minutes volunteered by Super Bowl LIV.

Ten Whippany Park students stepped up to meet the challenge by committing to the United Way Varsity Letter program. On Tuesday, December 17, those ten students were recognized by the New York Jets.  Senior Juliana Campesi who accrued the most volunteer hours with 218 hours since September 1, announced Jonotthan Harrison as the New York Jets Walter Payton Man of the Year Award.  The Walter Payton Man of the Year Award, considered one of the

NFL’s most prestigious honors, acknowledges a player for outstanding community service activities off the field, as well as excellence on the field. During the event, the New York Jets honored the students for their volunteer efforts by randomly selecting junior Emma Zachary; surprising her with a trip for two to Super Bowl LIV in Miami, Florida.

The Varsity Letter and Huddle for 100 challenge took place earlier this year at Hanover Park High School where the New York Jets awarded a Hanover Park student with a trip for two to the Super Bowl.