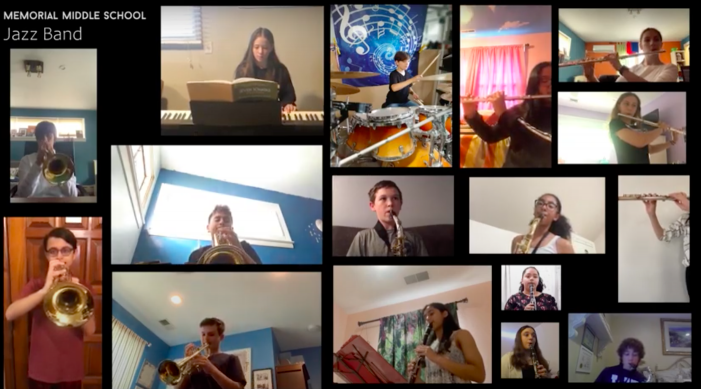 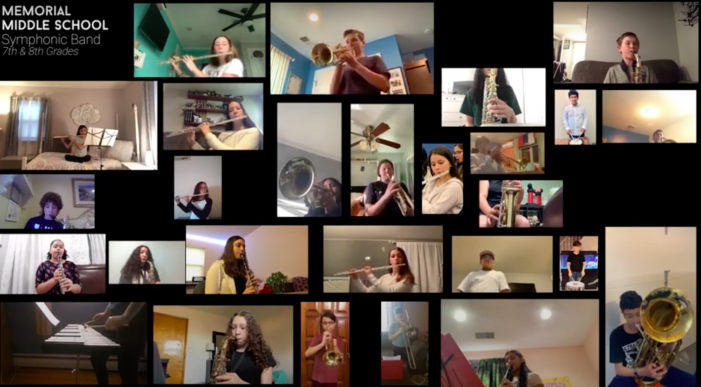 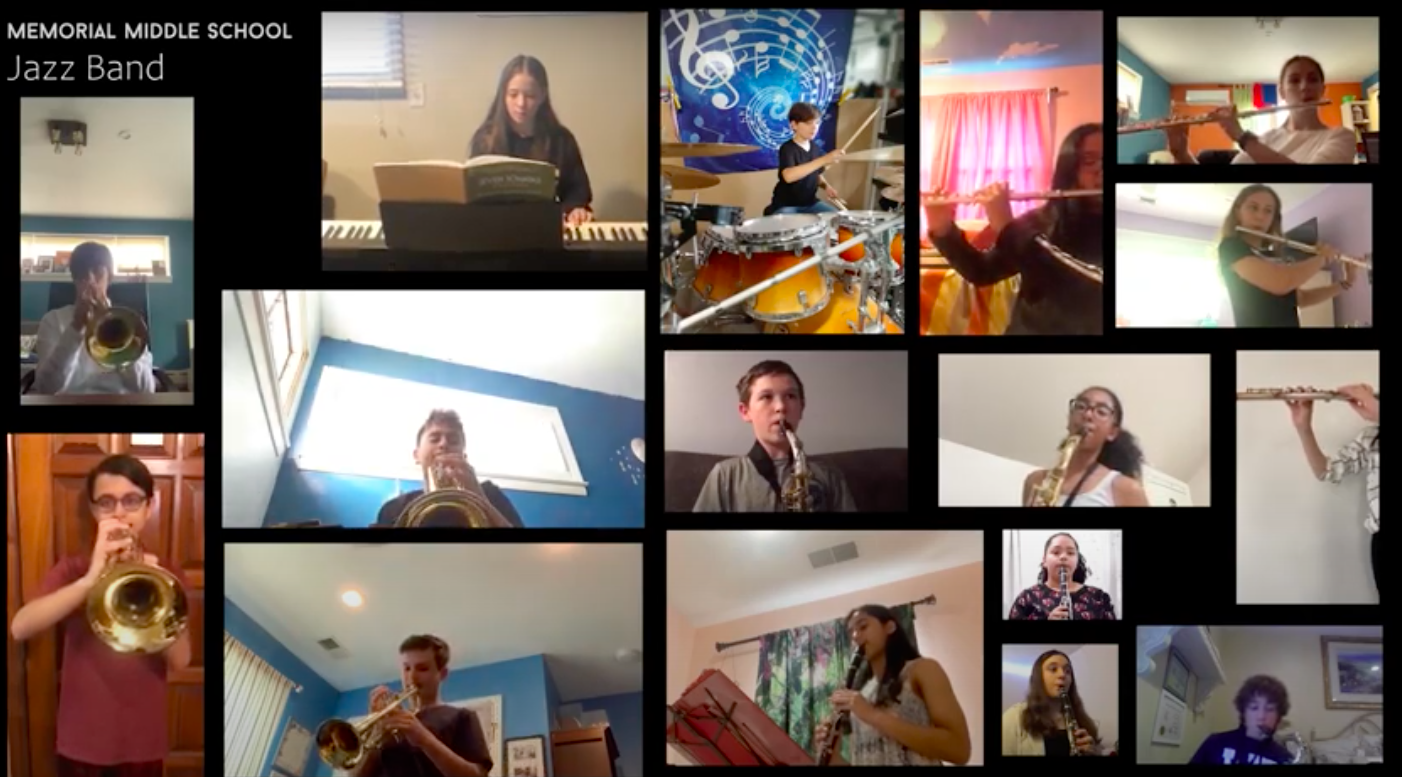 Woodland Park’s Memorial Middle School band and chorus recently held its annual spring concert, only this year, it was virtual for the first time ever.

Starting after spring break, the band and chorus students sent in recordings of themselves playing or singing their music selections, as well as still photos, to music director Eric Schaefer. The band students also attended weekly virtual lessons where they learned new concepts and new pieces. Some of the selections in the concert were learned entirely after school closed down.

Mr. Schaefer took the hundreds of audio and video files sent in and put them together to form the virtual concert. It brought them together as if you were there watching them perform at school. The theme was “Together Through Music,” with the goal of bringing the Woodland Park and Memorial community together. Mr. Schaefer hoped the concert would give a sense of normalcy and familiarity in the unsettling times we’re living through.