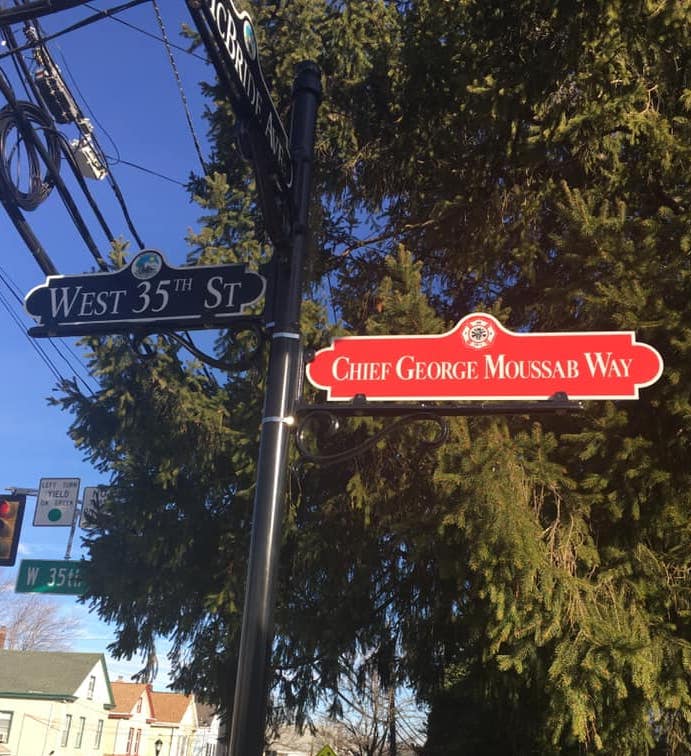 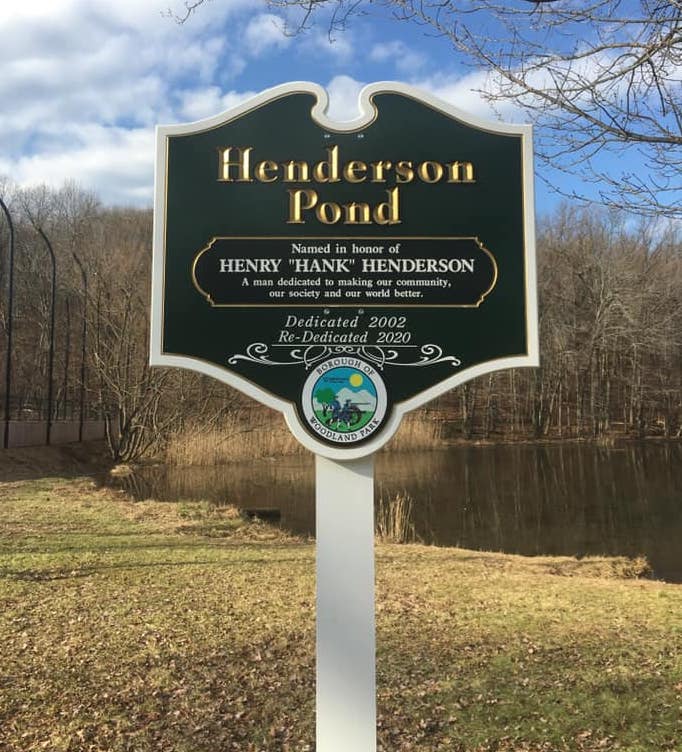 The Borough of Woodland Park has remembered two men who served the community with the installation of new signs recognizing their service. The updated decorative streetscape sign recognizing former Fire Chief George Moussab had been placed at the corner of W. 35th Street and McBride Avenue. In addition, the new Henderson Pond sign at Zaccaria Park has been installed, honoring Hank Henderson, an engineer, founder of an industrial company, Port Authority Commissioner, and member of multiple corporate boards, along with serving as a volunteer firefighter. Henderson was an avid fisherman and for years sponsored the annual fishing contest. He was a constant supporter of the community.​