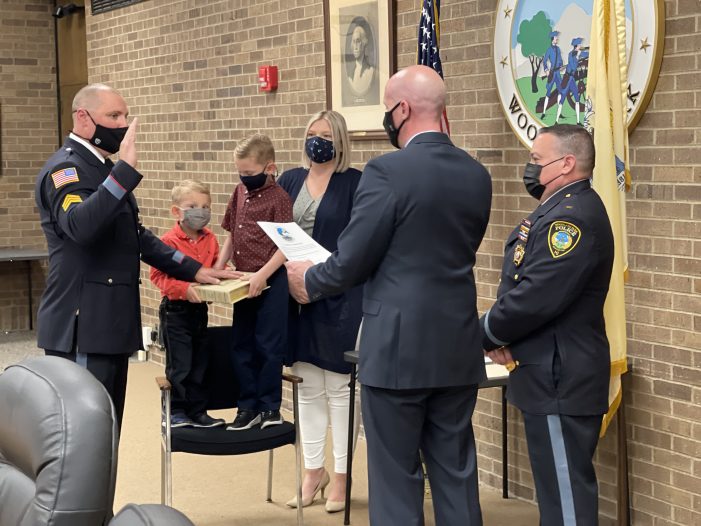 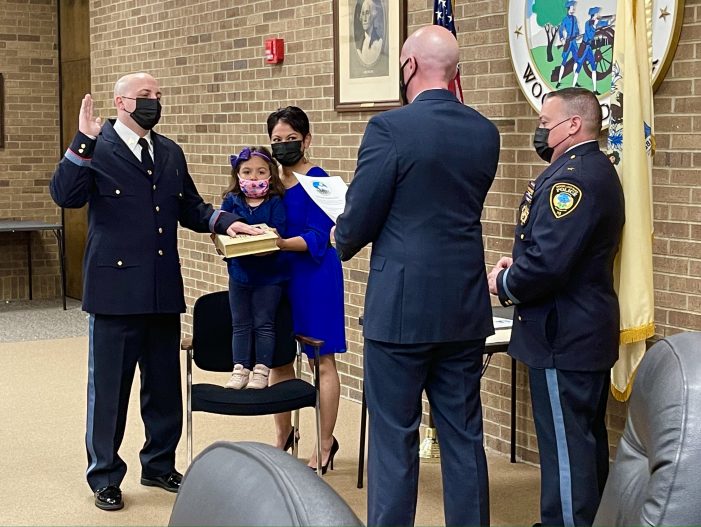 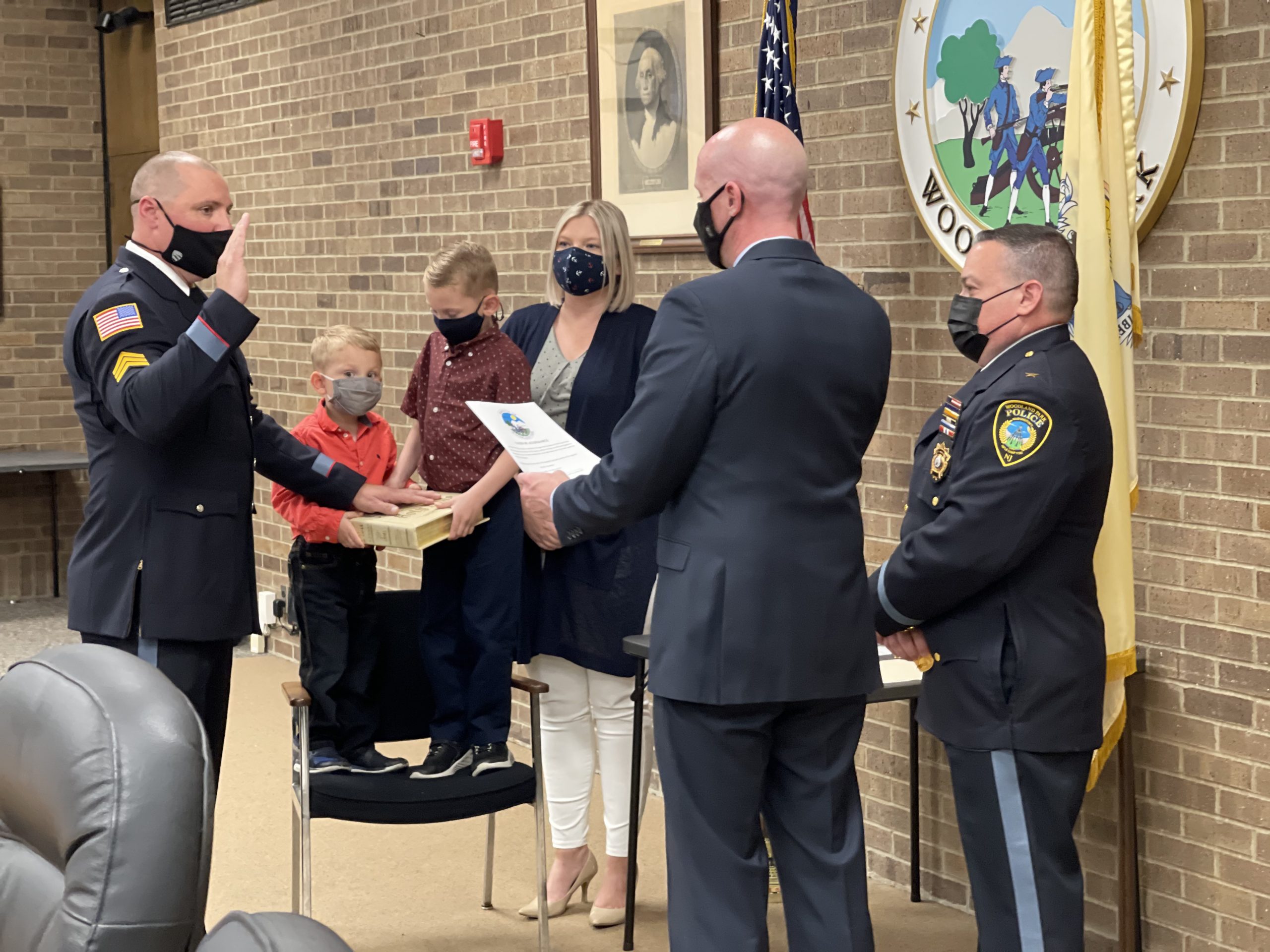 Morrison, a Totowa native, graduated from Passaic Valley High School in 1996 and Fairleigh Dickinson University, where he earned both his bachelor’s and master’s degrees in administrative science. He served in the U.S. Coast Guard from 2003-2010, and was assigned to several active duty stations including rescue swimmer, aviation technician, and aviation precision marksman. He graduated the Passaic County Police Academy in 2013, and transferred to the Woodland Park Police in 2014, after serving three years as a Passaic County Sheriff’s Officer.

Schaefer, a Woodland Park native, graduated Passaic Valley High School in 2003 and joined the U.S. Air Force right after. He stayed in active duty, serving as an operations intelligence specialist, until 2007. Schaefer graduated the Passaic County Corrections Academy, and served as a corrections officer before being hired by the Woodland Park Police Department in 2014 as a patrolman. He rejoined the Air National Guard in 2013 as an emergency management specialist before he was honorably discharged in 2018. Schaefer was reassigned to the Detective Bureau and the Passaic County Police Department’s narcotics task force.